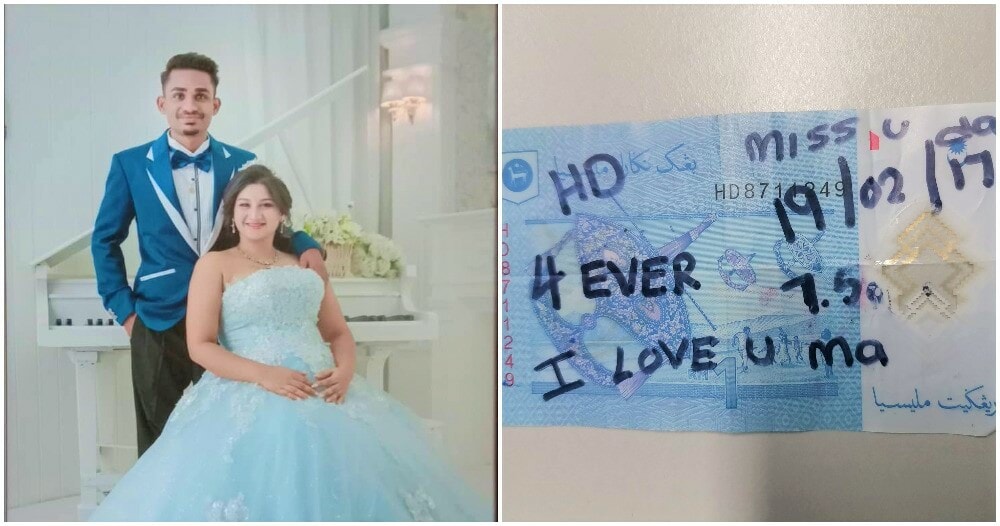 On 8 January, Dhineys Selva bought bread from a convenience store located in USM, Penang with a RM10 note.

He received his change and when he wanted to use the money the next day, he saw that there was a message written on it.

So, he decided to tweet that he is looking for the owner of the note. 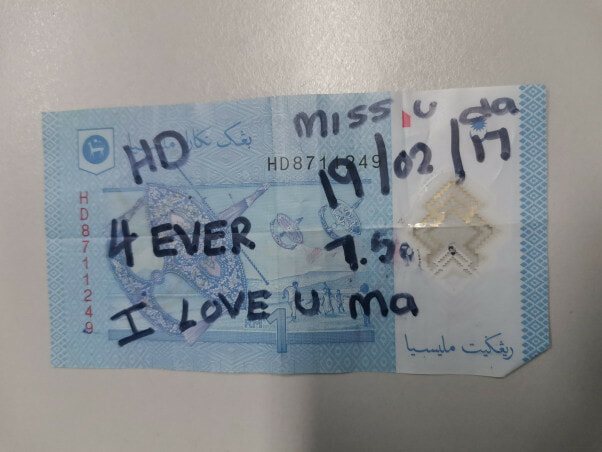 We stumbled across the tweet and published the article looking for the owner on 11 January. A woman in Johor saw it and informed her sister, Danusshaa that it seems to be her long lost memento.

After taking a good look at the picture of the note, Danusshaa had concluded that the RM1 really belongs to her.

“HD is our initials together and I would always refer to him as ‘ma’. It is also my handwriting.”

So the next question is, how did it end up in Penang when Danusshaa has been in Johor all along?

She told WORLD OF BUZZ that she and her husband, Haritharan have been together ever since 2012 when she was just 14 years old. 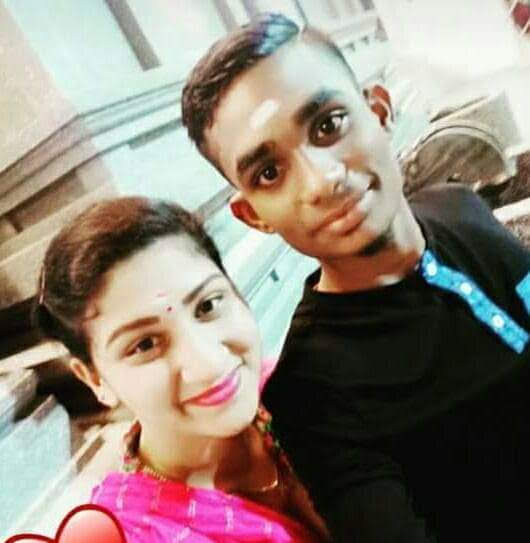 Her parents only discovered their relationship after 2017 and that resulted in them being so furious that they threw out the couple’s mementoes.

It seems that someone had rummaged through the trash and found the RM1 bill which they then used. That would explain how it ended up in Penang!

With the initial rejection from her parents, the couple’s love did not waver and in 2020, they got married. 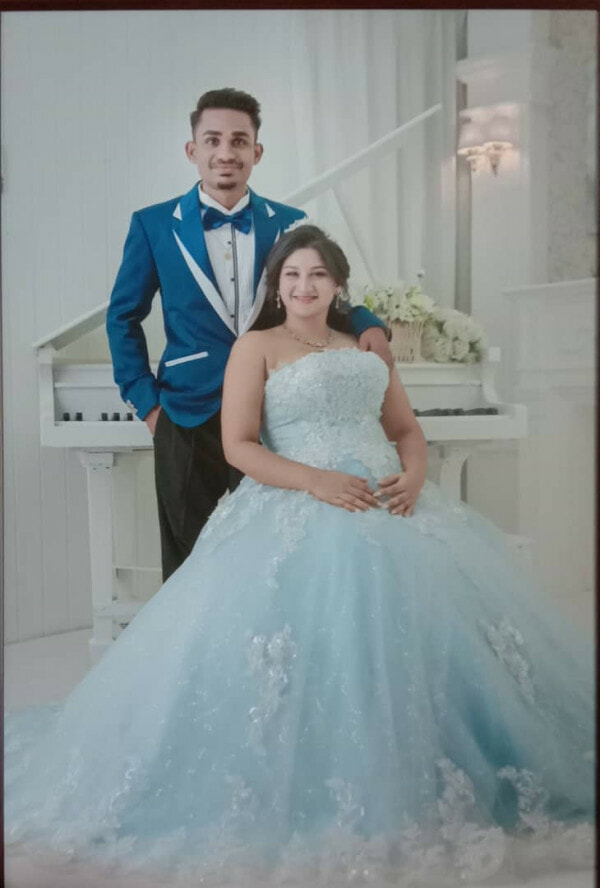 Danusshaa is, of course, delighted and grateful that the note will be making its way back to her as Dhineys will be sending it back to the couple.

We’re just so happy that we played a part in reuniting a lost memento with its owner.

Also read: “I love you” – M’sian Finds RM1 With Message Written on It & Is Looking for Its Owner 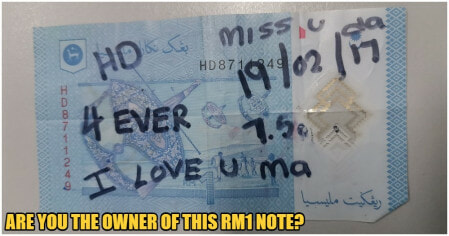