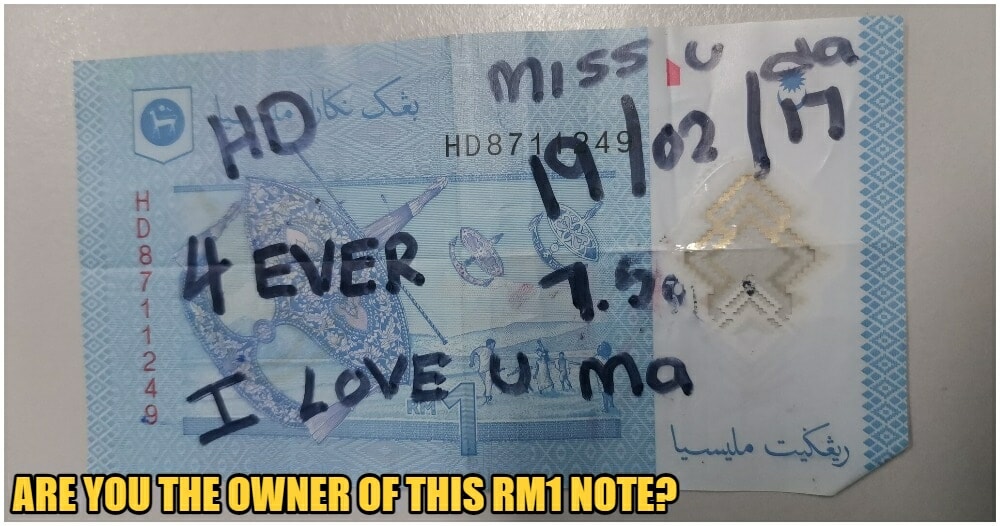 Some of us maybe a little scatterbrained and that might result in us losing things on a daily basis including things that might be important to us.

That might be an explanation to why this RM1 note with a message was found by a Malaysian named Dhineys Selva.

Hello Twitter, I need your help. I got this note from a grocery store. Thought the owner might need it. Please retweet until the owner is found. pic.twitter.com/oMqiVzpJSL

A short message of loving and missing was written on the RM1 note with some particulars on it.

Speaking to WORLD OF BUZZ, Dhineys said that he received this note as change at a convenience store located inside USM on 8 January 2022.

He wanted to use this note the next morning but decided against it after he saw the message. 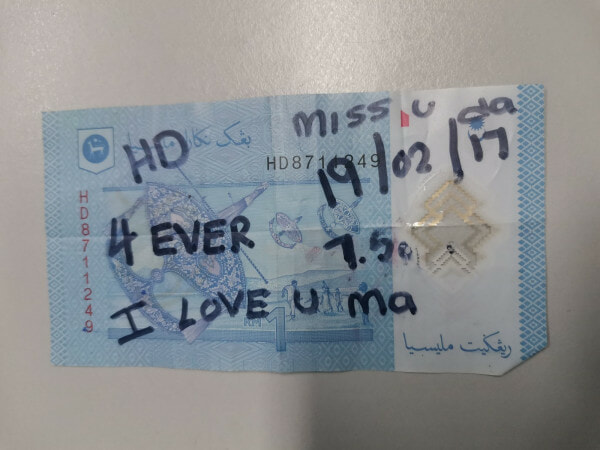 So, he tweeted about it as he thought that maybe the owner has misplaced it and would want it back.

If you are the owner of this note and would like to get it back, Dhineys has said that you can drop him a DM on Twitter.

Considering all the possibilities, it might be a note that someone got rid of after a painful memory or something similar. But we can’t be so sure. There are a lot of scenarios that could be possible here!

All in all, we do hope that the owner of this note will find out about this as they might have mistakenly used it.

Also read: “It was my only photo of her” M’sian Grateful For Kind Soul Who Sent His Wallet Back To Him 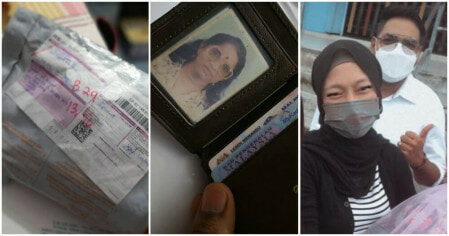