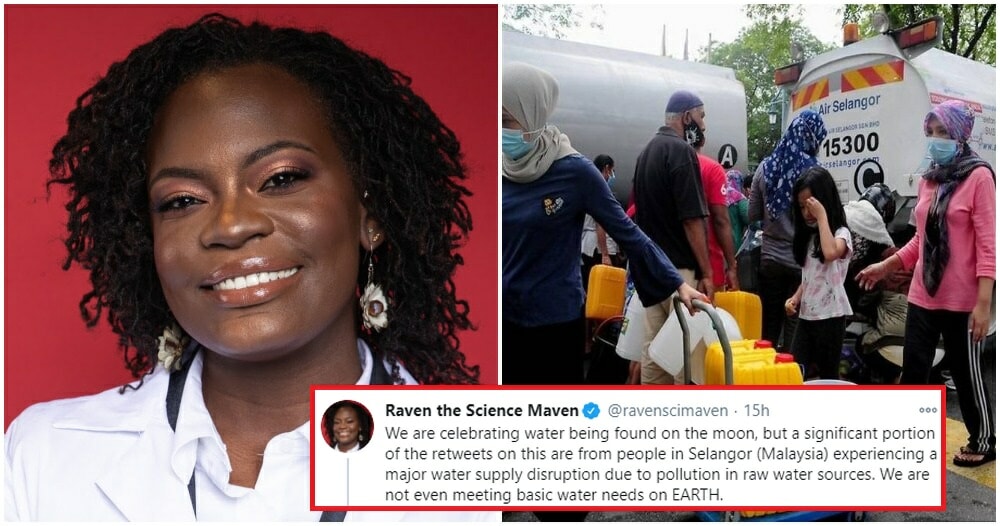 At this point, we’re no strangers to the water problem that happens so often in Selangor. With every water cut, we’re promised that no such problem will happen again but lo and behold, the next month, we’ll receive the all dreaded notification from Air Selangor.

The last water cuts that happened were within a span of a few days between each other and to no one’s surprise, netizens were angry. Well, it seems like the Selangor water issue is no longer a secret kept within our country anymore. Raven Baxter, or more popularly known as Raven the Science Maven, is an American molecular biologist and science communicator.

On 27 Oct, Raven retweeted her tweet regarding the news that water has been found on the moon. She said that while we’re celebrating water being found on the Moon, most Selangorians are experiencing a water shortage due to pollution in raw water sources.

We are celebrating water being found on the moon, but a significant portion of the retweets on this are from people in Selangor (Malaysia) experiencing a major water supply disruption due to pollution in raw water sources. We are not even meeting basic water needs on EARTH. https://t.co/JJrxcrNYel

“We are not even meeting basic water needs on Earth!”

She added that Selangor is not the only place experiencing these difficulties. “We’ve heard countless stories of people without WATER. Water is necessary to live on EARTH. We must make sure access to this is secured for every human, ” she said. 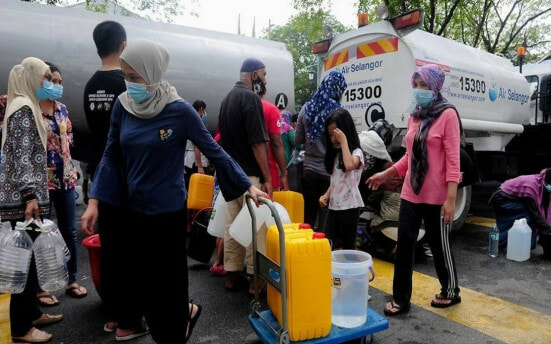 Raven also said that leaders who don’t prioritize accessible clean water for the people in their country or don’t use it to protect natural resources should be embarrassed. At the time of writing, the tweet has garnered over 9,000 retweets and counting. A large majority of netizens who are sharing the tweet consist of Malaysians.

Raven also tweeted about the intense pollution that is still happening in Kelantan where the water is the colour of “teh o“.

As I celebrate the recent discovery of water on the moon by NASA, I also have to highlight that there places all around our world and even in the USA that are experiencing water contamination problems. @sengfoo88 shared what is happening in Malaysia. https://t.co/CfmaEHMZby

The video shows the situation in Guntong, Kelantan where Malaysia’s Minister of Water and Environment said the water issue in the state would be resolved only in 30-40 years time.

This is definitely NOT something we should be proud of. We all know who or which institution to blame but even after countless complaints, is there any action even being taken? 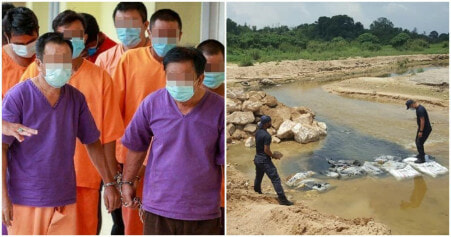