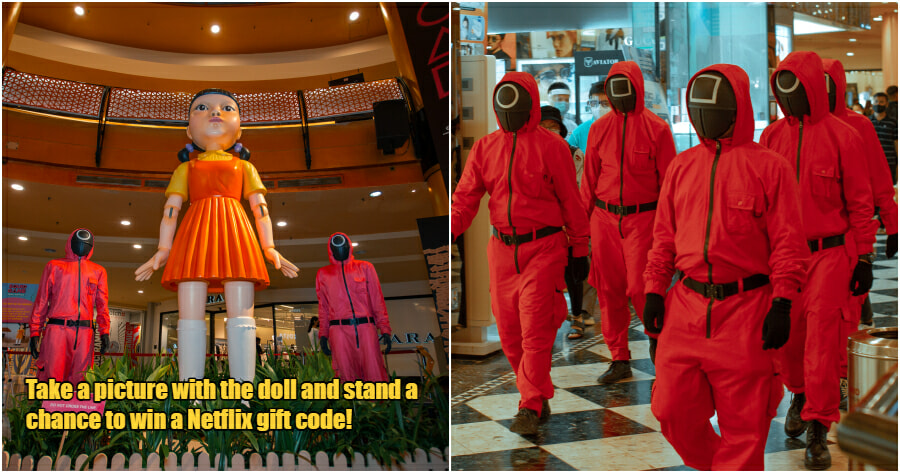 The creepy, singing doll from the “Red Light Green Light” stage is certainly one of the most iconic figures from Squid Game, the most talked-about South Korean show right now on Netflix!

What if we tell you, the doll has made its way into our country? Yes, you read that right! 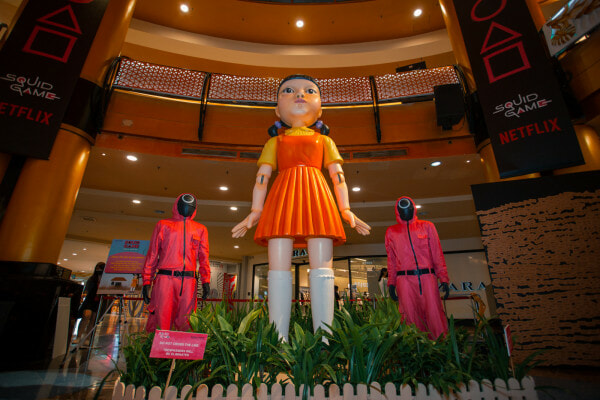 The 12 feet doll that appeared on the first episode of the show is now standing in Sunway Pyramid where you can spot it on the LG1 floor. Not only that, Sunway Pyramid has some fun and interesting activities for the visitors as part of their efforts in welcoming Halloween, as well as celebrating the show becoming Netflix’s ‘biggest ever’ series launch, with 111 million global fans tuning in to the series within 17 days of its debut.

They will be available from 13 October till 31 October, and here’s what Sunway Pyramid has in store! 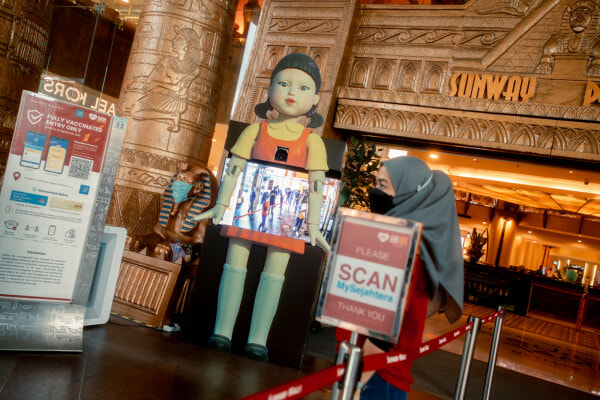 You might want to watch your steps because not only the 12 feet doll is watching you on the LG1 Pyramid Atrium (opposite Costa Coffee), she’s also keeping an eye on you at the entrance when you enter the mall. 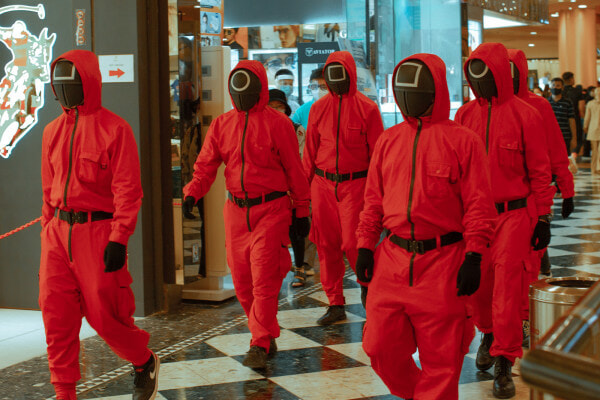 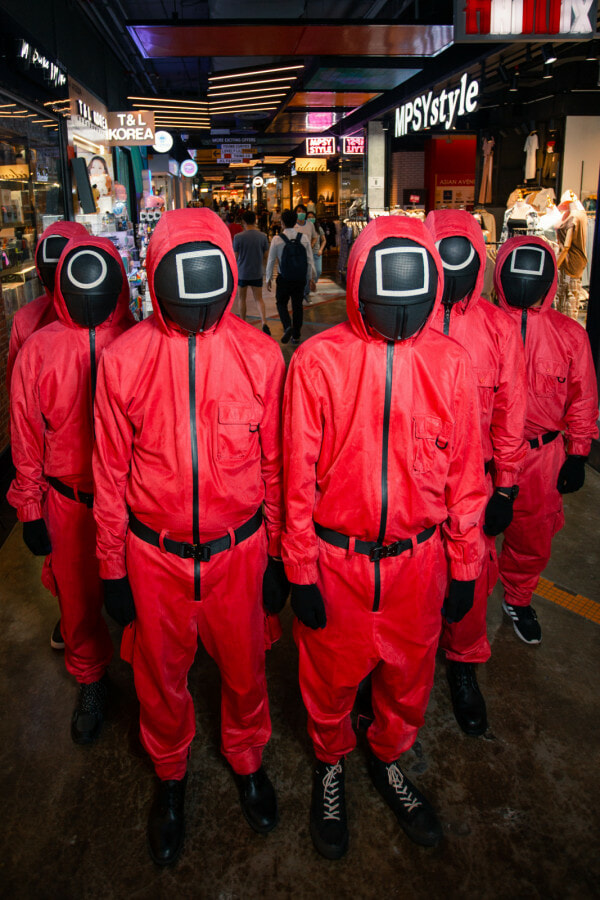 The masked and hooded henchmen in pink will also be present at the selected entrance to watch you and make sure the SOPs are followed. You may also get the Squid Game invitation from them at LG1 Pyramid Atrium.

3. A Picture With The Doll & Win A Netflix Gift Code 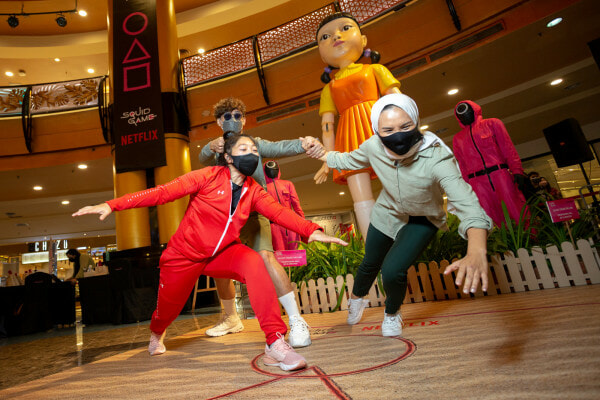 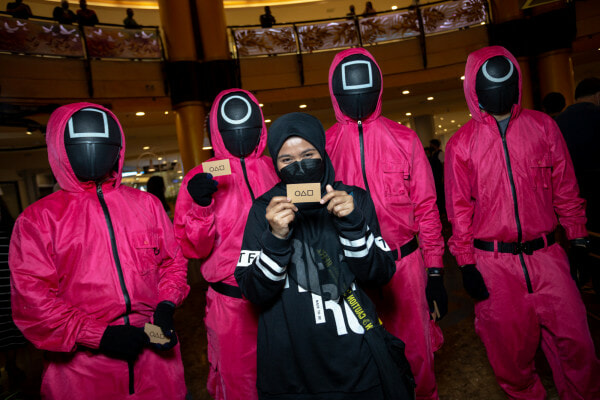 You might stand a chance to be one of the 50 winners and here’s how you may win.

It is that simple. This contest starts on 15 October till 24 October, and the winners will be announced on 31 October.

Due to the ongoing pandemic, as well as maintaining the compliance of the SOPs, no physical games will be held throughout this entire event, as confirmed by the PR agency for Netflix in Malaysia.

Besides that, you can get yourself some exclusive rewards too!

With the invitation card, you receive from the henchmen, you can use it to redeem a FREE Squid Game Corndog from MyungRang! Additionally, the invitation card can also be used at selected participating Korean stores for exclusive privileges!

The participating Korean stores can be viewed here. 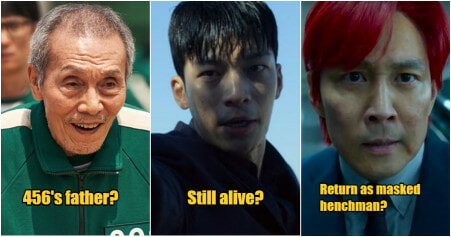