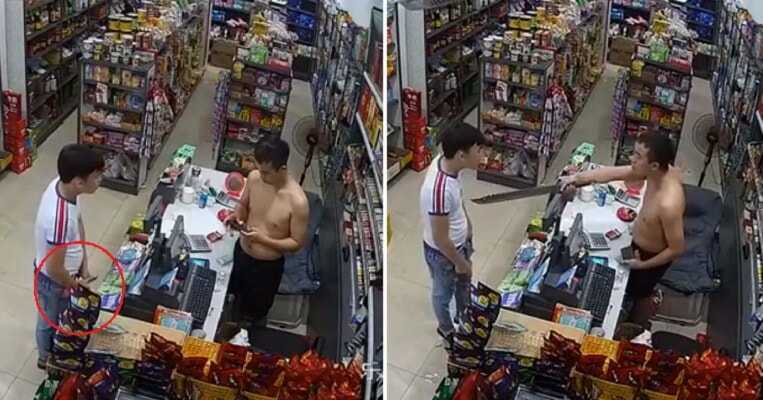 You often see robbers getting away with their crimes as they were armed with weapons to threaten the shop owners with. However, this shop owner was well prepared for this eventuality and the results were hilariously caught on CCTV footage. 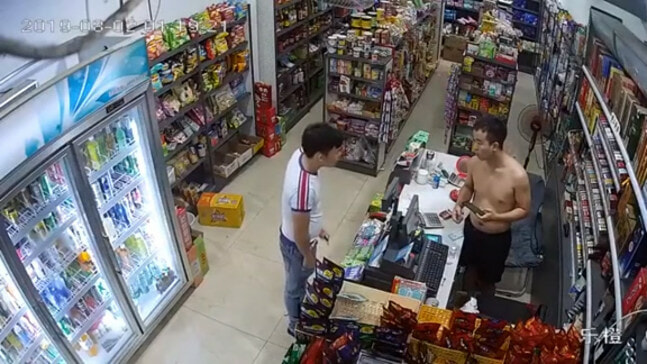 According to HK On CC, the video circulated on Chinese social media showing the incident that happened on Friday (2nd August) around 1am. A shirtless shopkeeper is standing at the cashier counter of the convenience store, as another man, dressed in a white T-shirt, approaches as if he wants to pay for his purchases.

The shopkeeper asks him to pay up for the lighter he wants to purchase, but the other man answers that his e-wallet is out of money. In response, the shirtless man asks him to pay using cash instead but he doesn’t have cash as well. Wah, no money then why are you planning on buying things? The shopkeeper then ignores him, continuing to play with his phone. 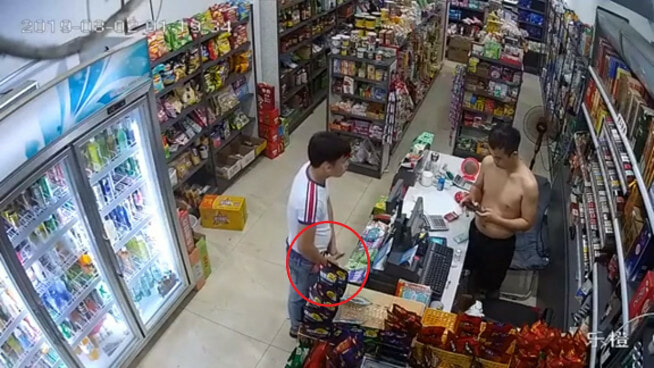 Seeing the shop owner distracted, the man quickly pulls out a package which contains a small knife, believed to have been taken from the shop itself. He tries to hide the blade in his hand as he goes closer to the counter, looking as if he wants to threaten the shopkeeper with the knife and rob him.

However, the shopkeeper spots the hidden knife and backs away before he calmly pulls out a half-metre-long parang. The man in the white T-shirt backs away upon seeing the huge knife and the shirtless man points the knife at him. The shopkeeper shouts at the would-be robber, “What do you want to do? Put down the knife!” The other man meekly protests and seeing as the shopkeeper has a bigger knife, he puts down the smaller knife. 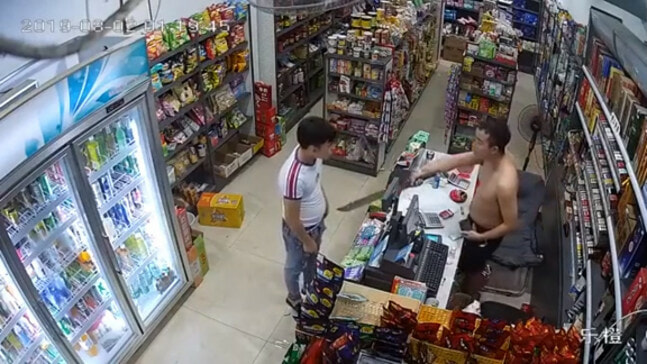 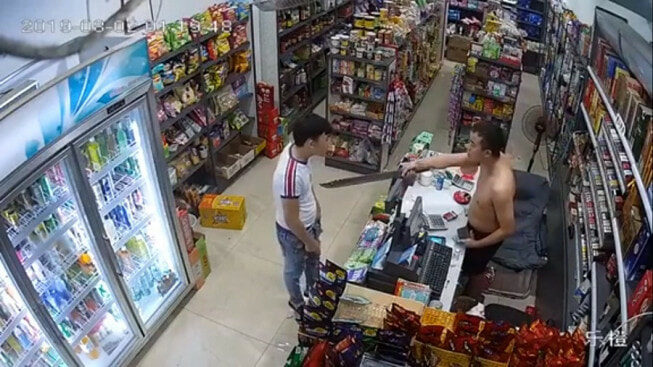 Following his hilariously failed robbery attempt, the man in the white T-shirt walks away and the shopkeeper puts the parang back where he hid it. The incident is believed to have happened in China and many netizens were amused by the video. They said that the shopkeeper was prepared to defend himself with the huge knife and said the other guy deserved it.

Also read: Watch How This Robber Tries to Steal a Gold Necklace and Fails Hilariously 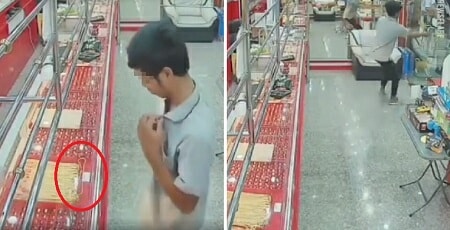