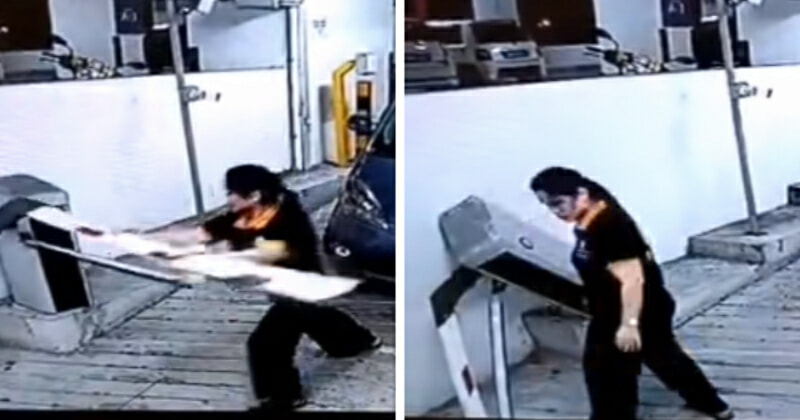 Recently, a CCTV footage has gone viral on TikTok due to the bizarre yet relatable incident that it captured.  Taking place at what looks like a paid parking complex in Malaysia, the video shows a woman at the exit completely wrecking its barrier gate after seemingly being unable to get it to open.

Not only that, the woman, driving a vehicle with a Penang-registered license plate even had the time to open her vehicle’s boot after wrecking the barrier gate before taking photos of the aftermath. Shared by lumiqahqizah on TikTok, the CCTV footage understandably left viewers perplexed as to what had actually happened.

As reported by Lobak Merah, many netizens speculated as to what had actually occurred to prompt such actions from the woman. One commenter claimed that the barrier was already broken and that she had to wreck it in order to exit the parking space. Meanwhile, another commenter speculated that she took that drastic action because there was no attendant on duty to assist her in opening the gate.

As for the reason behind the woman taking photos of the aftermath, one commenter said that she did so because it can be used as evidence. If she had taken a photo of the barrier gate unable to open before wrecking it as well as the aftermath, it can potentially be used as defence for any actions that the building operators may take against her. Regardless, the action of the woman is definitely relatable as wrecking a barrier gate when it won’t open is exactly what all of us has always dreamt of doing whenever we’re stuck in that situation. Well, that may potentially be why the video itself has gone viral on TikTok, whereby as of the time of writing, it has already garnered over 1.2 million views.

So, what do you guys think of the incident? What would you do if you were in the same situation that the woman found herself in? Share your thoughts with us in the comments!

Also read: WATCH: Motorcyclists Waiting At Toll Booth Barrier Prompts & Honks At Driver To Pay So That They Can Pass 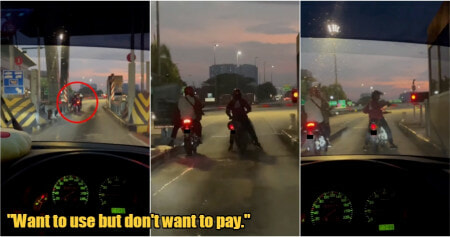