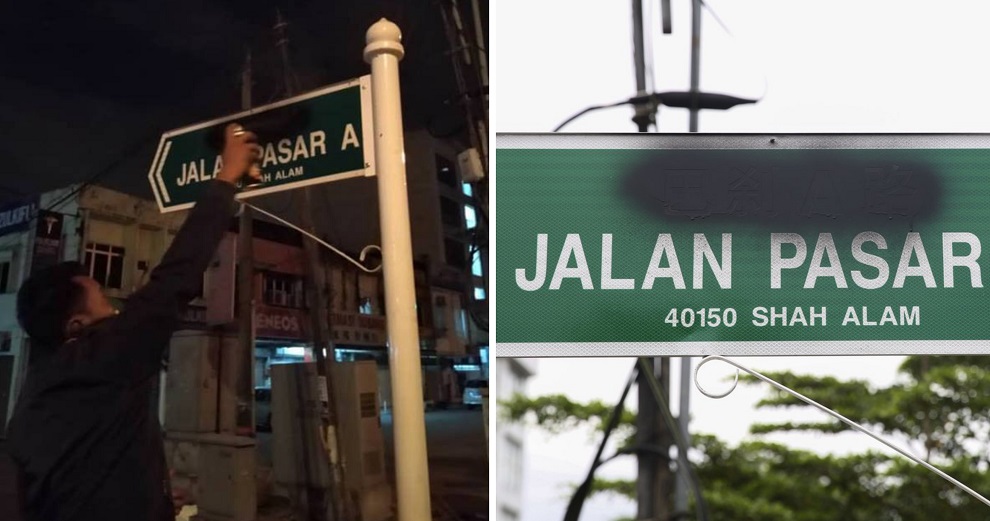 This move has received mixed reactions from Malaysians. While some of them saw the benefit of using our national language in our road signs, others thought that replacing these signs was a waste of money.

Earlier this morning (21st November), the Malay Mail reported that the Chinese characters on some of these signs were found to have been spray-painted black.

Now, videos that recently surfaced online unveiled the culprit spray-painting one of the affected dual-language road signs. The videos have begun to circulate on Facebook, garnering over 1,000 shares as of 3pm this afternoon.

In the first video, an individual can be seen spray painting a road sign while the person recording mentions the Selangor Sultan’s royal decree and can be heard paying respects to the Sultan, saying, “Daulat Tuanku” at the end.

In the second video, a person can be seen holding up a Malaysian flag (upside down) while another individual spray paints the Chinese characters on one signboard. Meanwhile, the person recording can be heard saying, “Bahasa Malaysia is our national language”. 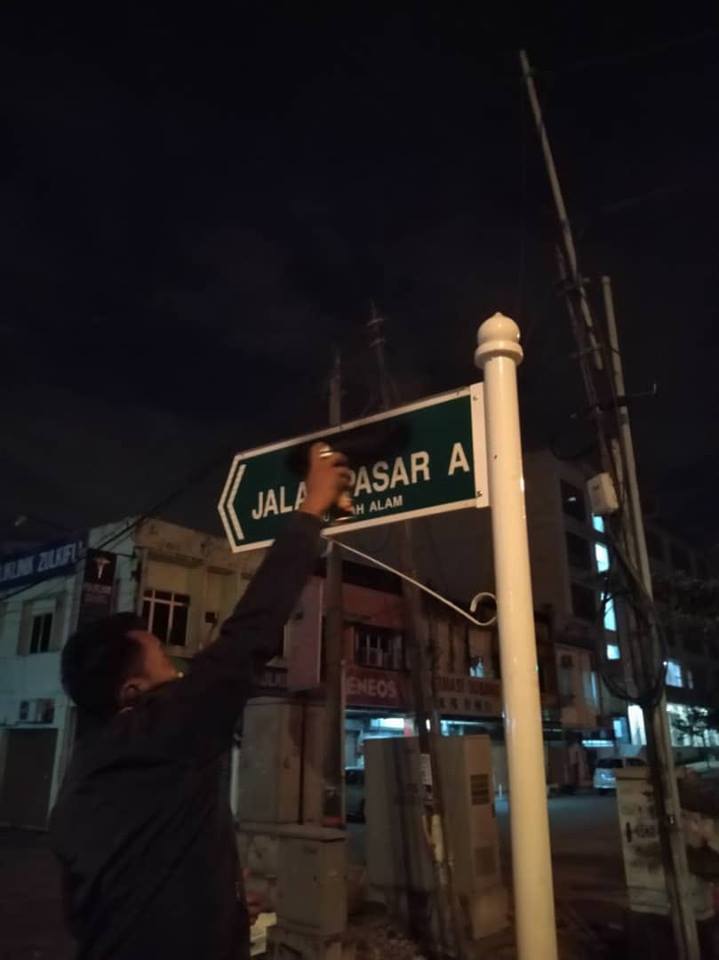 In light of this incident, MBSA corporate communications head Shahrin Ahmad was quoted by The Star as saying,

“Immediate action will be taken to remove the (vandalised) road sign in the area. The replacement work will be carried out in stages and is expected to be completed soon.”

Meanwhile, District OCPD Asst Comm Baharudin Mat Taib stated that the police have not received any report of vandalism yet.

While a royal decree certainly has to be respected and followed, there is no need to resort to vandalism especially when the city council is already taking these signs down! 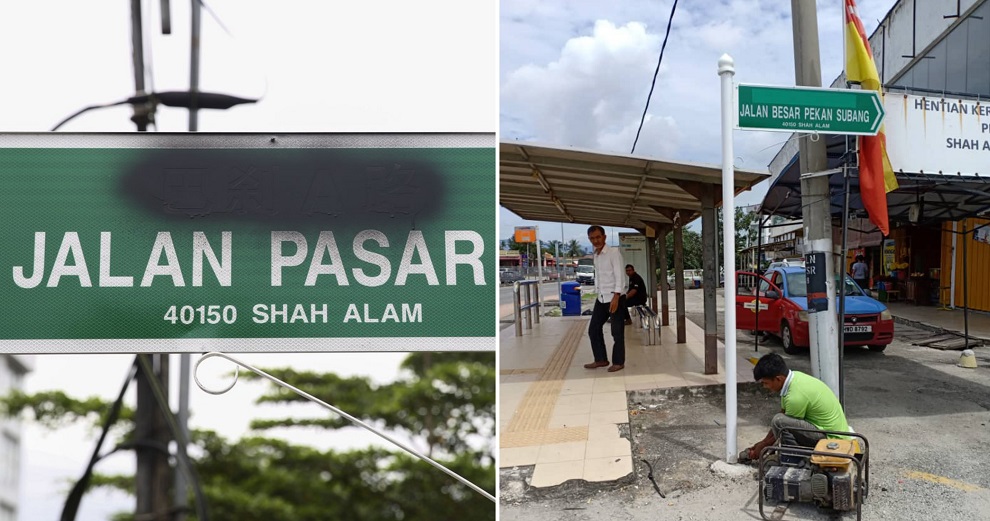