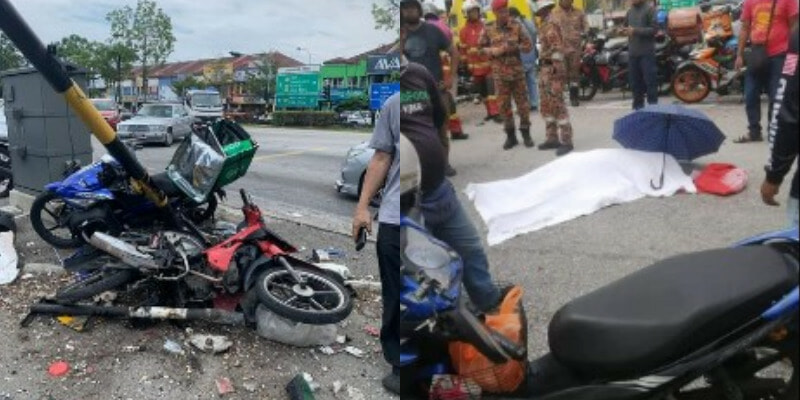 Reckless driving is a serious traffic offense involving the reckless disregard of the safety of others. It can cause accidents, damage to property, even death.

Unfortunately, an incident taking place at a traffic junction in Klang, Selangor did just that to two unfortunate delivery riders.

Sadly, the one rider succumbed to his injuries, while the other rider was seriously injured and got sent to a hospital.

“The driver of a Nissan X-Trail driving in the left lane was about to turn right, but suddenly another car of the same type was in the right lane going straight, and a collision occurred.” 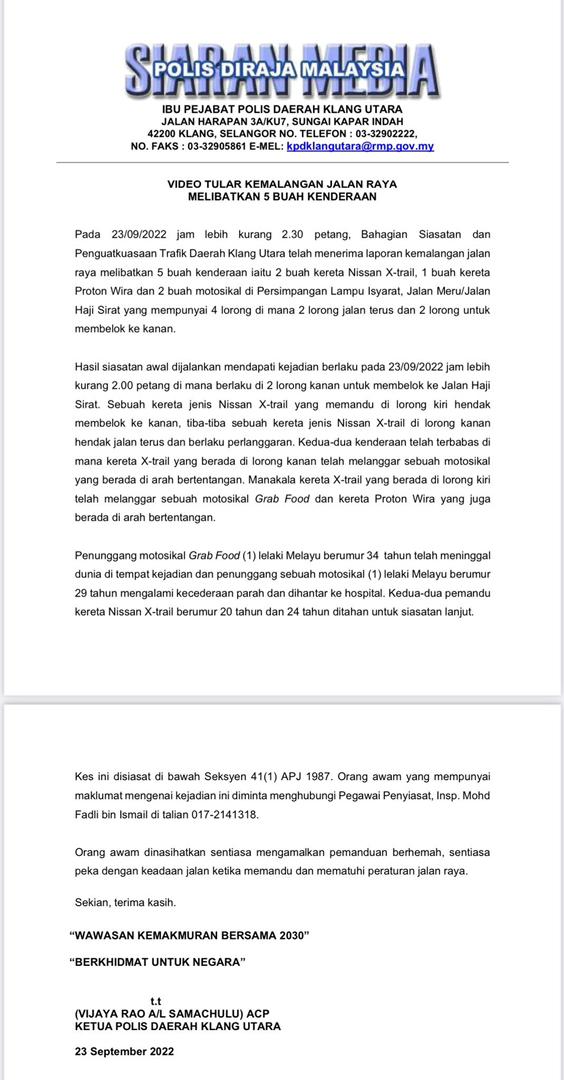 “The Nissan X-Trail, which was in the left lane, hit the victim and the Proton Wira car, which was also in the opposite direction.”

The two Nissan X-Trail drivers, aged 20 and 24, were detained for further investigation, and the case will be investigated under Section 41(1) of the Road Transport Act 1987.

Police are calling upon witnesses to help with the investigation.