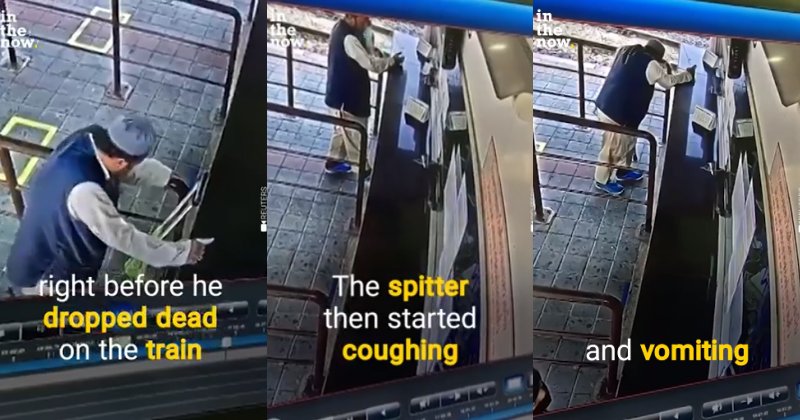 If you know you are infected with Covid-19 the best action you can take is to check yourself into the nearest healthcare facility in your area.

Despite the numerous advice and measures put into place, there are still those out there who are adamant at being selfish and refusing treatment despite the worsening conditions.

Taking place in Thailand, this one man was that very example.

Shared on Facebook page In The Now, a CCTV footage of a man at a train station spitting and showing evidence of being unwell with Covid-19 was shown for the benefit of the public.

In the footage, the man was seen spitting and purchased a train ticket at the counter, before later reports stating that the man was later found dead on the train.

The video which has garnered more than 764k views witnessed a man walking with a crutch approaching a ticket counter at a train station in Thailand, of which he spat in the direction of another individual right in front of him.

He was then seen making his way to another counter, with great difficulty. 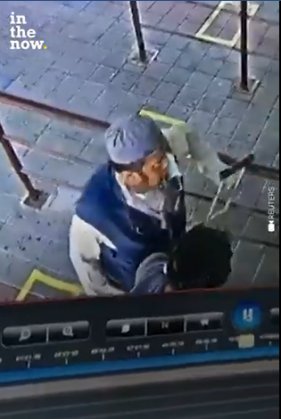 After the spitting incident took place, the man was also seen coughing and vomiting. 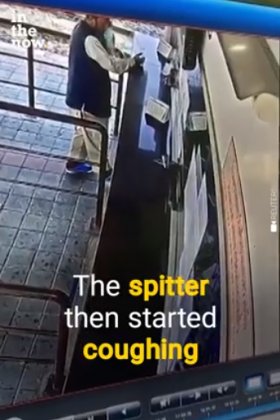 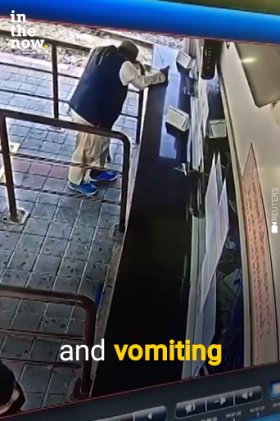 It was later mentioned in the video that the man dropped dead on the train. Upon further investigation, it was found that he was Covid-19 positive. 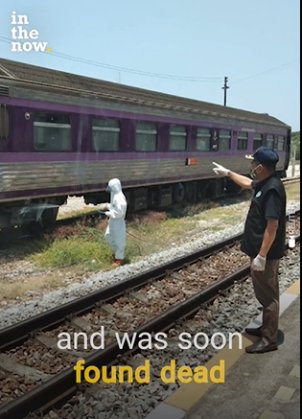 Apparently it was too late for the spitting victim as the information with regards to the man’s Covid-19 status was identified much later.

In a follow-up, State Railway of Thailand Director Thakoon Intrachom said, “We want to announce that if anyone knows him or if he has heard about the news to please go to the hospital immediately.”

At least 11 people who came into contact with the infected man are currently undergoing quarantine and train cars are currently being disinfected.

This video should be taken as an example of what not to do if you are infected with Covid-19. We urge members of the public to take reasonable actions to prevent the spread of Covid-19.

Also read: 57yo Man Infected With Covid-19 Went to The Pub to ‘Spread The Virus’ But Dies a Few Days Later 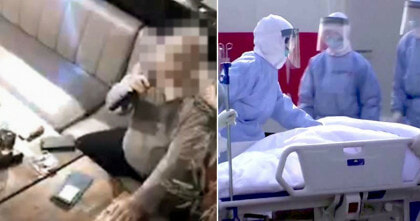