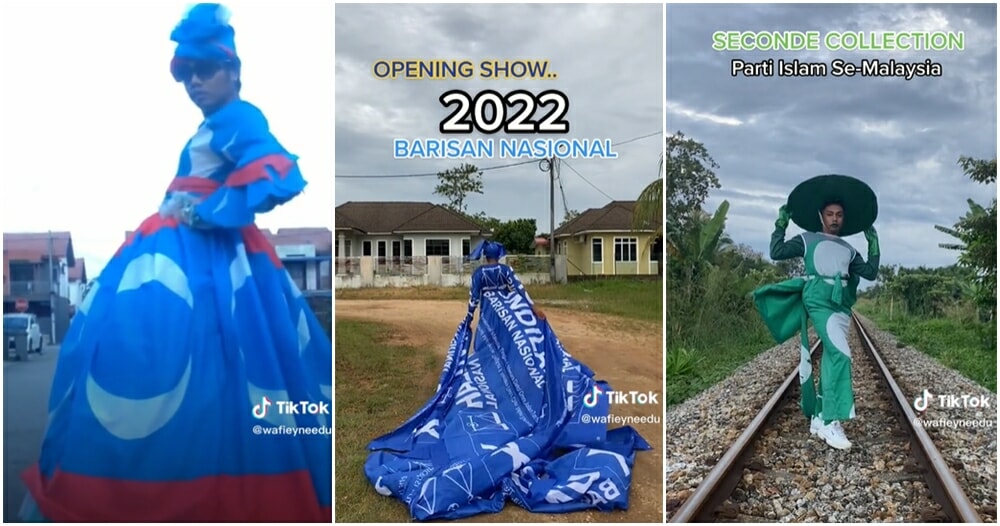 By this time, we’re sure that you are tired of seeing the many flags that are everywhere.

However, this creative Malaysian has collected a few of them and decided to make something out of all those flags.

In a TikTok video that has gone viral with more than 3.6 million views, we see Wafiey, 27, walking on the dirt road in a long and flowy dress made out of Barisan Nasional banners.

The 24-second clip features Wafiey doing the catwalk in the dress and as the train was a little long, he did several very dramatic twirls. 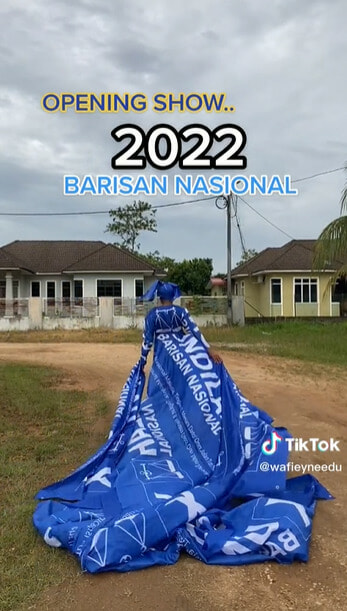 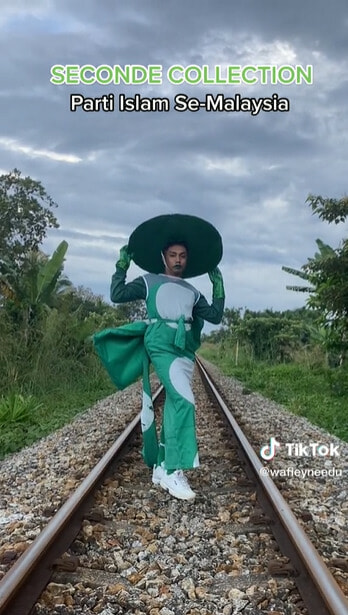 In his second video, he made a Japanese-inspired dress with PAS’ flags. This piece features a large bow on the back with 2 smaller trains trailing behind him. To complete the look, he had a green hat as well.

Netizens were absolutely loving his creations.

Speaking to WORLD OF BUZZ, Wafiey, revealed that he had actually gone viral during GE14 when he made a gown with PKR’s flags.

Following the success of that video, he decided to make some for GE15 too. 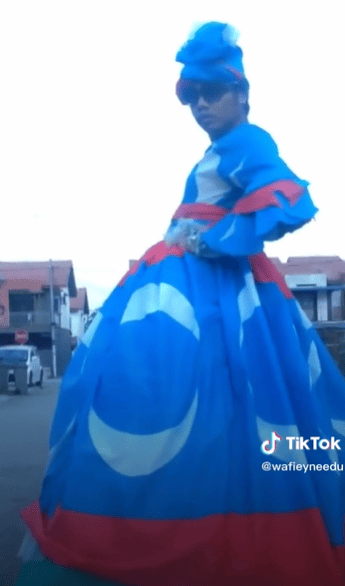 When asked, Wafiey said that he started sewing after he graduated from his diploma program at UITM. As of now, he works as a plant seller online.

Wafiey also told us that he will be making more dresses with other party flags and we can’t wait to see them! 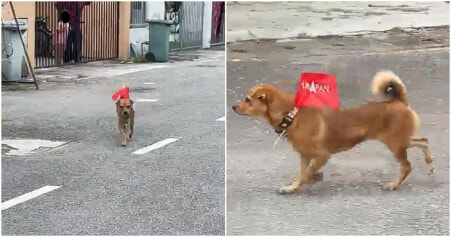