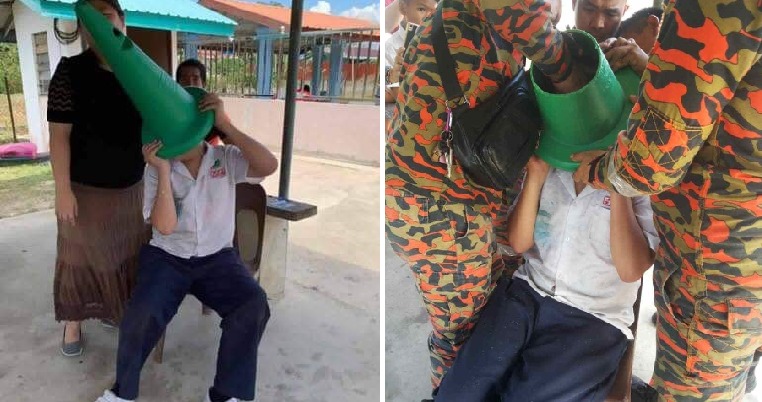 Uh-oh, looks like this poor boy had a rather unfortunate incident due to his playfulness! A video has been circulating on social media the past few days of a primary school student who had somehow gotten his head stuck inside those safety cones you see by the roadside. The cones we see are usually orange but the one he had was green! 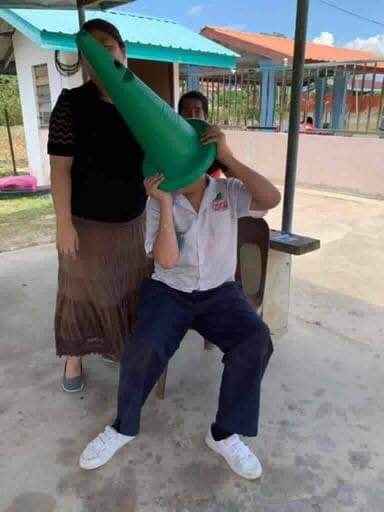 According to Sinchew, it turns out that the boy is a Standard Five pupil in one of the SJKC schools in Kuala Penyu, Sabah and he had been fooling around with the safety cone on Tuesday (April 9). He had been waiting at the bus stop for his parents to pick him up after school and was playing with the cone.

Somehow, for some reason that still baffles us, he decided that it was a good idea to stick his head inside the cone. Probably in an attempt to see how far he could put his head in? While he managed to get his head inside, taking it out was another issue altogether because the boy realised that he was stuck and couldn’t get it off! 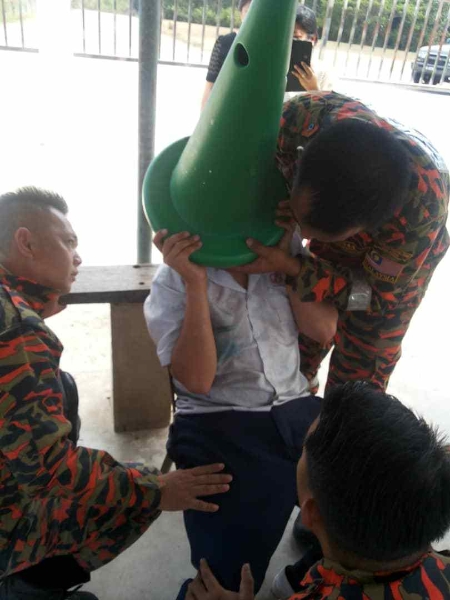 It is believed that a few of his friends who were there saw his predicament and notified the teachers about the situation. They called the Fire and Rescue Department for help as they could not take it off as well. Around 2.26pm, about five abang bomba and a fire engine arrived at the scene to rescue the poor boy who had been stuck inside.

After deliberating, they decided to use a hacksaw to cut off the top portion of the safety cone to try and get him out. During this process which took about half an hour, they were extra careful as they did not want to injure the boy at all. Finally, they managed to rescue the boy from his cone prison and thankfully, he did not sustain any injuries. 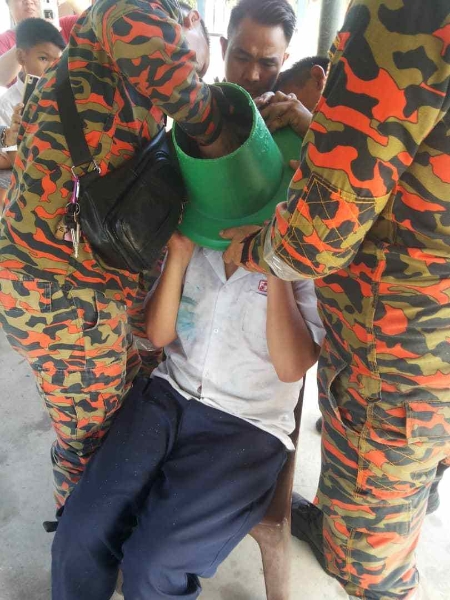 Netizens who saw the video were seriously amused by the boy’s antics and wondered why he thought it would be a good idea to do so. Some of them said that the boy would have a great story to tell his friends next time.

The boy has probably learnt his lesson well and would twice before he decides to do something silly again!

Also read: Toddler Breaks Down in Tears After Mum Threw His Bantal Busuk in the Washing Machine 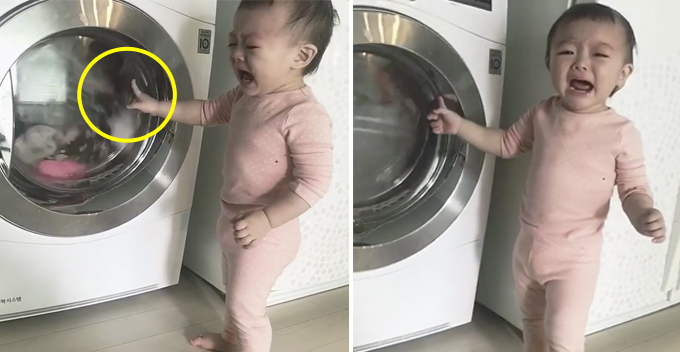