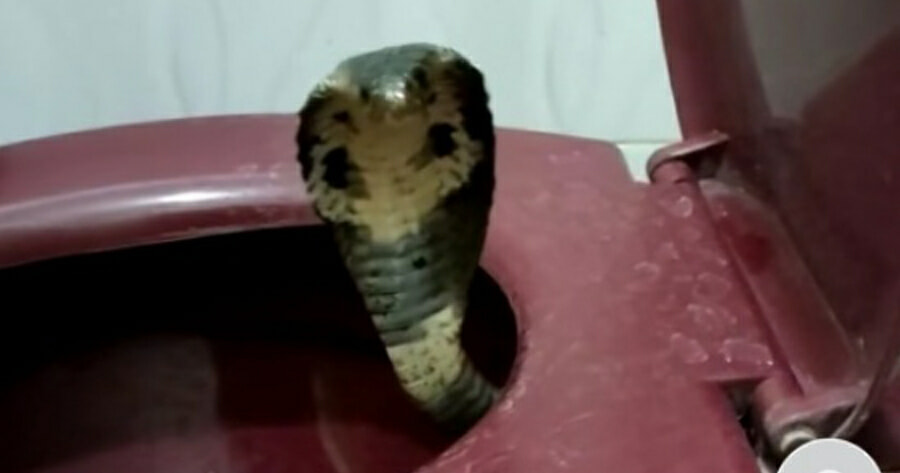 Just the thought of a snake slithering through your house is bad enough, but imagine one coming out of your toilet bowl. That’s just the worst possible nightmare!

Recently, a man in Perlis took to his TikTok account to share a tense moment when he caught a King Cobra that came through a toilet bowl!

If you watch the video with the volume on, you can clearly hear the fierce hisses of the snake. 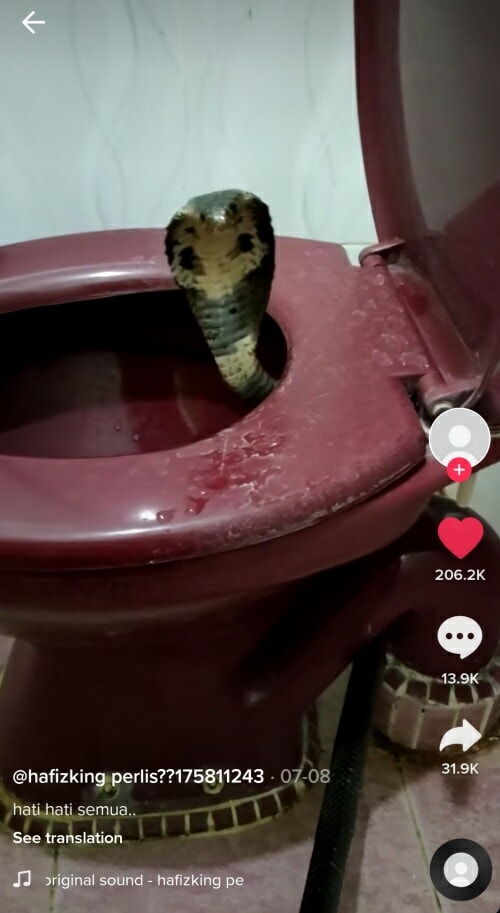 Of course, netizens had a lot to say about this incident. And as we figured, these were the same sentiments we had!

“After watching this video, I won’t poop forever.”

“Just wear a diaper after this.”

“I’ve always imagined this, and it exists.”

Speaking to WORLD OF BUZZ, Muhamad Hafiz Alias, who recorded the video, explained that the incident did not happen in his house. In fact, he was actually just helping to capture the reptile. He mentioned that he got a call seeking his assistance not far from his place, and when he reached there, the snake was already trying to make its way out from the toilet bowl.

According to him, the waterways from the toilet bowl is the only way for the snakes to slither their way into, or out of our house. Since the snake was already making its presence obvious, it didn’t take him long to capture the cobra. Fortunately, the process was smooth and no one from the family got hurt.

When asked, he stated that the protocol would usually make them release the snakes back into their natural habitat, and that was what he did following the capture of the deadly reptile.

Now, you might wonder what possessed this brave man to risk his life in order to help the people?

30-year-old Hafiz previously worked at the Perlis Snake Park which is located in Kangar for more than 5 years. That was where he acquired the skills and experience to do this dangerous job. 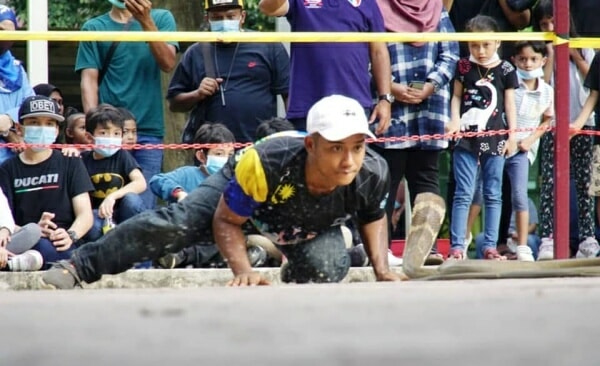 However, he has left the job since the pandemic struck as he wants to contribute to the people during this tough time.

“Sometimes, I help to carry and bury the people who died because of Covid-19. But I am still involved in helping to capture the snakes whenever I get the calls to do so.”

He does not charge a dime as he sees this as charity work. He even extends help to the needy as far as Alor Setar, which is approximately an hour away from Perlis.

“I’m sincere in helping people and I will always help as much as I can.”

Hafiz, who is quite a big deal in Perlis when it comes to catching snakes, also said that sometimes he helps the firefighters to capture the deadly serpents. As a snake enthusiast, he even has his own Facebook page where he shares his experiences in dealing with serpents. Back in March, he was given an appreciation certificate by the Malaysian Civil Defense Department for his commitment and ethics. His charity works can also be viewed via his TikTok account. 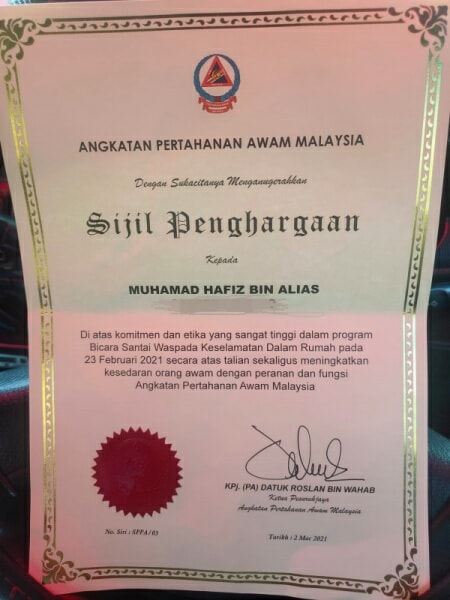 We certainly admire Hafiz’s bravery! But the thought of that snake lingering around the toilet bowl is still giving us the creeps. 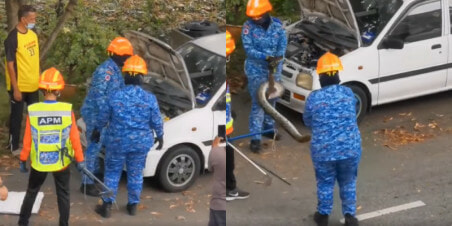