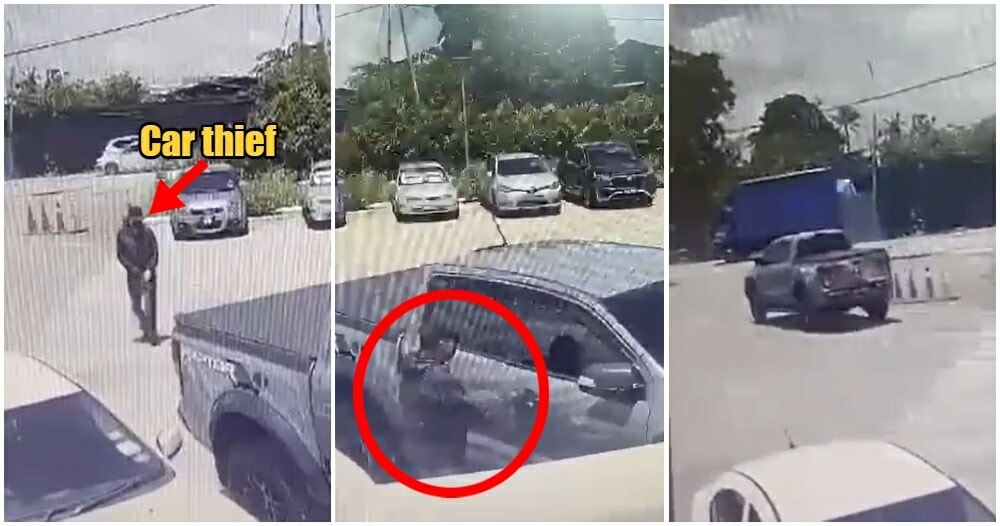 This is certainly very worrying.

Recently, a woman by the name of Marina Liaw has posted in the Facebook mega-group KL吹水站 about her brother-in-law’s car getting stolen in Shah Alam.

It was said in the post that the car was stolen on 10 March at about 1pm in Bukit Kemuning, Shah Alam. 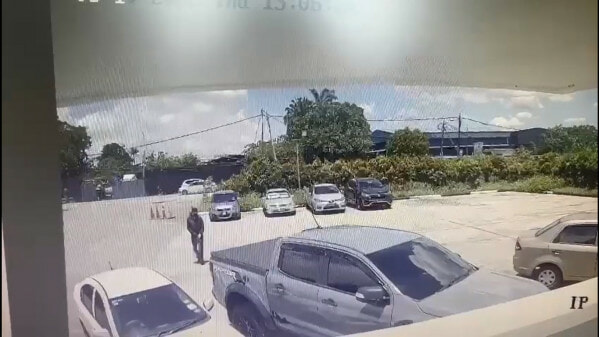 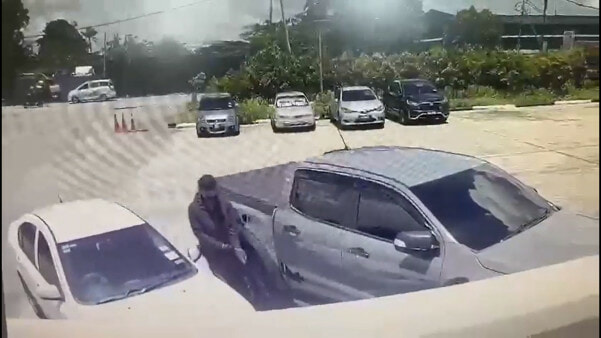 In the video, we can see a masked man walking from the road towards the parked grey Raptor while fumbling with what seems to be a fanny pack.

He pulled out a glove and proceeded to open the car door. After he got into the car, he was able to start and move the car in about 10 seconds. He then drove off and up until now, the car is still missing. 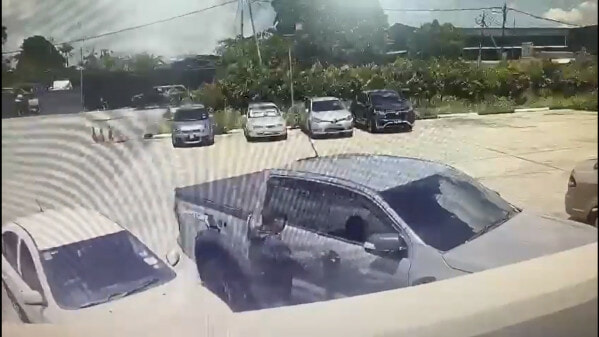 Even though it looks like the car owner did not lock their doors, they have clarified that they have indeed locked their doors. 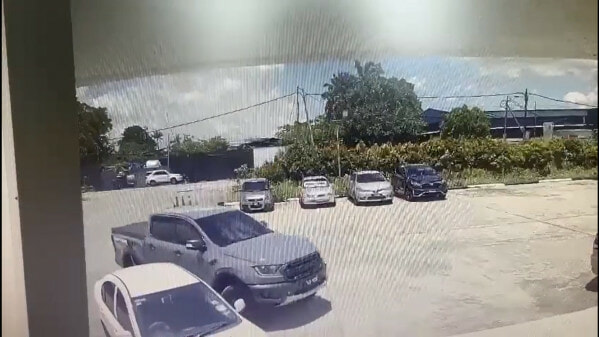 Angela (Marina’s sister and the victim’s wife) believe that as their car uses a keyless entry system, it might have been hacked or copied. She suspects that they were targeted when they went to a carwash in Puchong a day prior to the incident.

“My husband noticed that he kept seeing the same Vellfire that even stopped beside his car at once. I saw it again once during lunch time but my husband thought that it was just someone living in that area.”

After the car was stolen, they reviewed the longer CCTV footage and realised that the thief actually came from the same Vellfire.

A majority of the netizens were very shocked that the car can be stolen in such a short time.

“The speed of how he got into the car is really like he owns the car.”

While some other netizens were wondering if it were that easy. 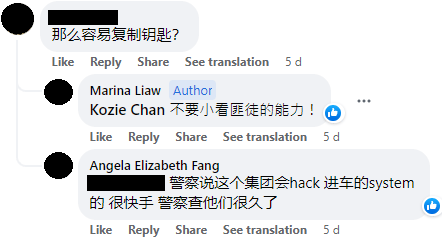 “Was it so easy to duplicate the keys?” to which Marina replied, “don’t underestimate the abilities of thieves.”

Angela added the police told them that this group of thieves can hack into a car’s system and they work very quickly. They have been investigating them for a long time.

Other netizens questioned why they did not put on any steering lock or pedal lock after they parked the car.

“Why did the owner not invest a few hundred into a pedal lock? You can’t rely on the electronic system.”

Marina said that her brother-in-law only needed to park there for a while so he did not put on the steering lock.

The victims have lodged a police report and the authorities have said that they will be getting to work. However, if you do see this grey Raptor with the license plate VGP6033, please call 03-5520 2222 as they have some important documents in the car.

We’re paying extra attention to locking our cars from now on!

Also read: Security Guard Enters M’sian Woman’s Home, Takes Off Clothes & Contacts Her To Ask Where She Is 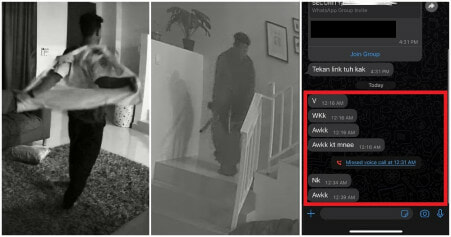