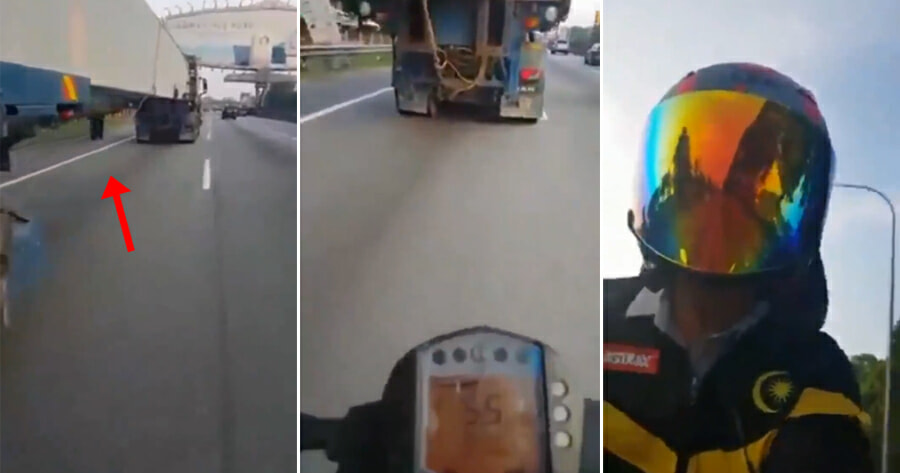 Watching action movies can be very thrilling as they make scenes like the high-speed chases in movies like Mission Impossible or Fast and Furious, which look so cool. However, you should know that these scenes are either done by professional stuntmen or edited using Computer-Generated Imagery (CGI), and should not be tried at home.

Well, it looks like a Malaysian man thought it would be funny to attempt a motorcycle stunt often seen in movies, but he seems to forget that he is NOT in a movie. 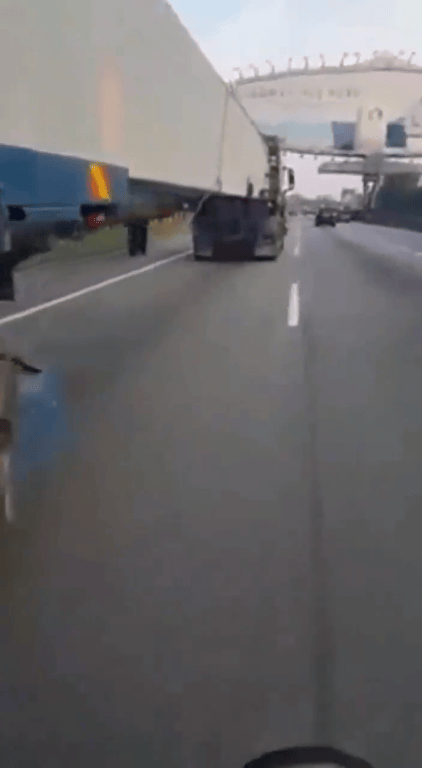 A video posted on Twitter shows a man recording a video while riding a motorcycle – a first-person view type of shot. He is seen riding along the highway at about 55km/h and approaches an extremely long trailer with an unusually large gap between its front and back tyres.

The rider then speeds up a little and swerves under the trailer from the right and comes out on the other side smoothly. At this point, the lorry can be heard aggressively honking at the rider as he fearlessly performs his ‘stunt’. 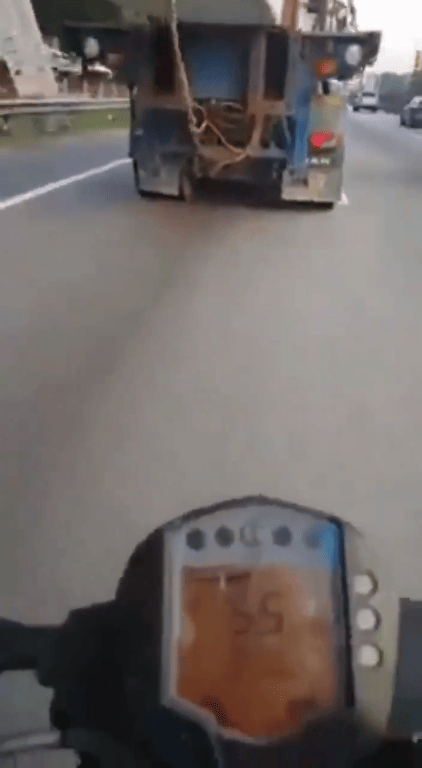 After emerging from under the lorry ‘successfully’ and unharmed, the rider can be heard chuckling to himself for pulling off what he thought was a ‘fun’ thing to do.

He also points the camera at his face, which means that he had been holding his phone all this while! Which also means he passed under the trailer with only one hand on the motorcycle’s steering and the other hand holding his phone. 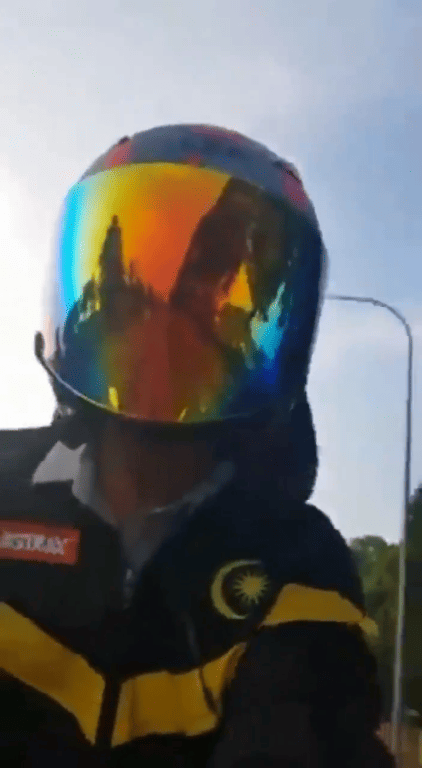 Omg, this is so dangerous! He could’ve easily gotten himself into a fatal accident – he could’ve died. 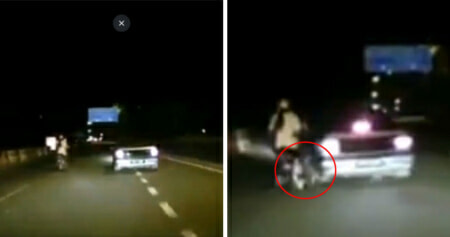