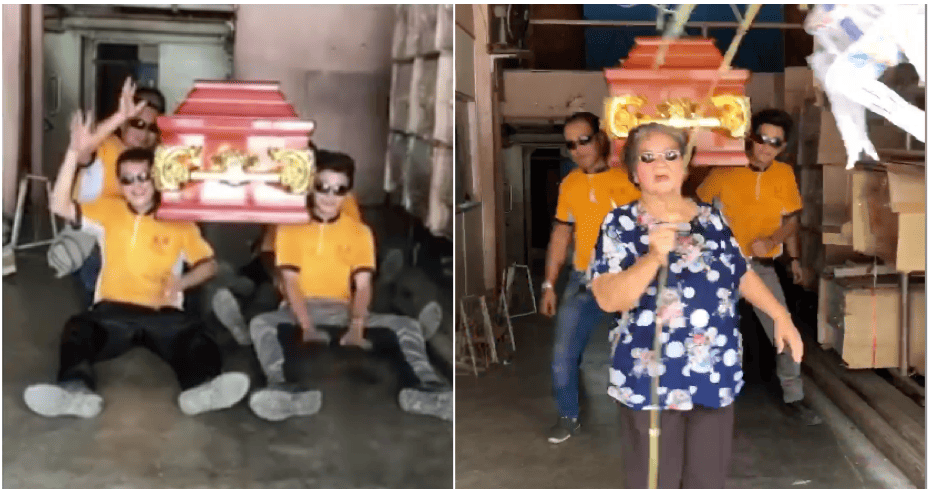 Yes everyone is stuck at home during MCO but there’s no limit to our imagination. If you have spent time on the Internet lately, you would stumbled upon the Coffin Dance Meme, where videos or gifs of Ghanian pallbearers dancing while they are carrying a coffin are shown at the end of a failed or bound to fail activities.

Well, for a funeral parlour, Kwang Heng Coffin Maker, in Sungai Petani, Kedah (my hometown), this meme is something close to their hearts. They have everything already in-store to make their own rendition of the meme. So they did it. 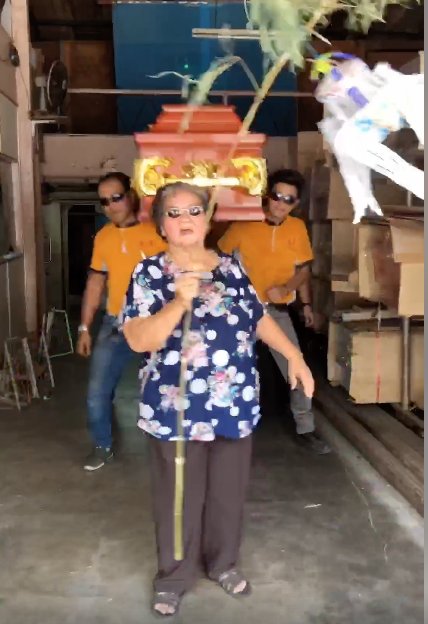 They created two videos, following exactly the flow of the original Coffin Dance Meme with a new coffin and a bunch of props, as reported by China Press. However, the star of the video would be the old lady, Madam Xie who is so chill and sporting about the whole thing.

The Coffin Dance meme is by far one of the official memes of MCO, sharing the spot with the air suam meme and Doraemon meme. We don’t see anything wrong with having fun with memes as long as they don’t incite anger or hatred among people. We need some laughter during these stressful times. Am I right?

Also read: Malaysia Is Getting So Much International ‘Fame’ For The Doraemon Issue, Even BuzzFeed Covered It! 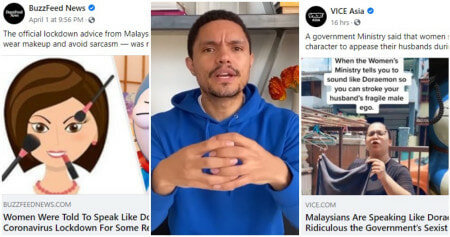