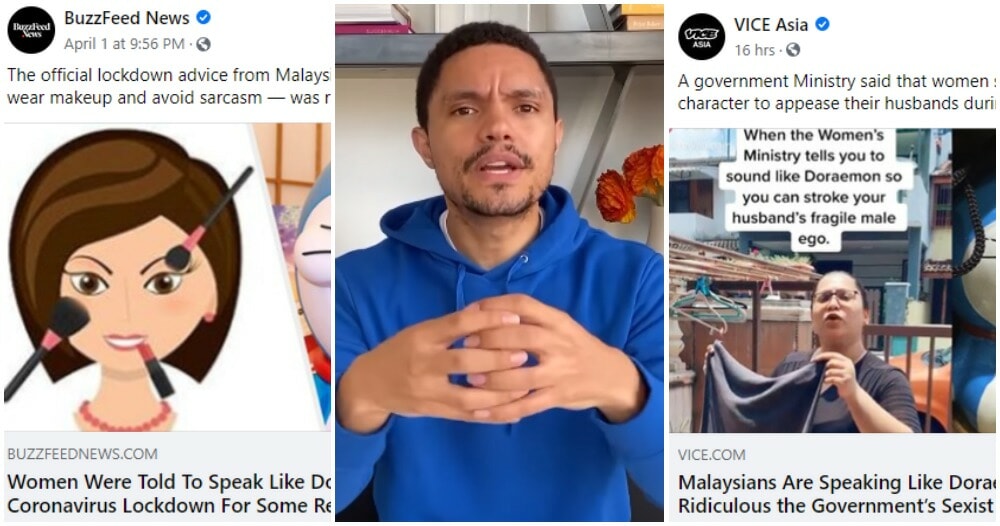 Our Health Ministry is doing an amazing job in handling the Covid-19 outbreak and rightfully, it deserved international recognition but instead what are we being famous for? Our Ministry of Women, Family and Community Development (KPWKM) asking women to not nag and “ask their husbands to do their chores in Doraemon’s voice”!

Needless to say, the post went viral for all the wrong reasons and got some deserved trolling.

It didn’t stop there. We have even received international “fame” for this issue!

Here’s just some of the fame we’ve gotten from asking our women to speak like Doraemon.

Being featured by Trevor Noah in his prominent ‘The Daily Show’

Trevor Noah is the host of The Daily Show and is famous for his blunt addressing of President Donald Trump’s missteps. To put it lightly! However, even with 244,826 confirmed cases, Trevor still found time to ridicule the absurd statement by the Malaysian government. You can watch the video below and he speaks about this at 1.41.

Even Buzzfeed and VICE covered about it

Everyone knows BuzzFeed right? Their content fills at least half our Facebook feed. An article about this issue was published on the 1st of April ridiculing the absurdity of this statement as well.

“The apology did not go down well — several Malaysians online described the language and tone of the apology as “gaslighting.””

Malaysia has a longtime rivalry with both Singapore and Indonesia but through no fault of their own, they currently have the upper hand in this issue. Prominent publications from both countries such as suara.com and The Straits Times covered the issue. If you’re still not convinced, Arab News, a publication based in Saudi Arabia also found time to write about how inappropriate the posts were and it “created the impression that wives must please their husbands and abide by certain rules to maintain household happiness.”

We all know KPWKM later posted an apology (sort of?) and deleted all the posts. However, the damage has been done and like it or not, we have become a laughing-stock even in the midst of a pandemic.

What do you think of this unfortunate fame we’ve gotten? Let us know in the comments section! 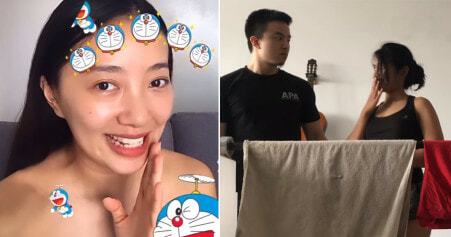