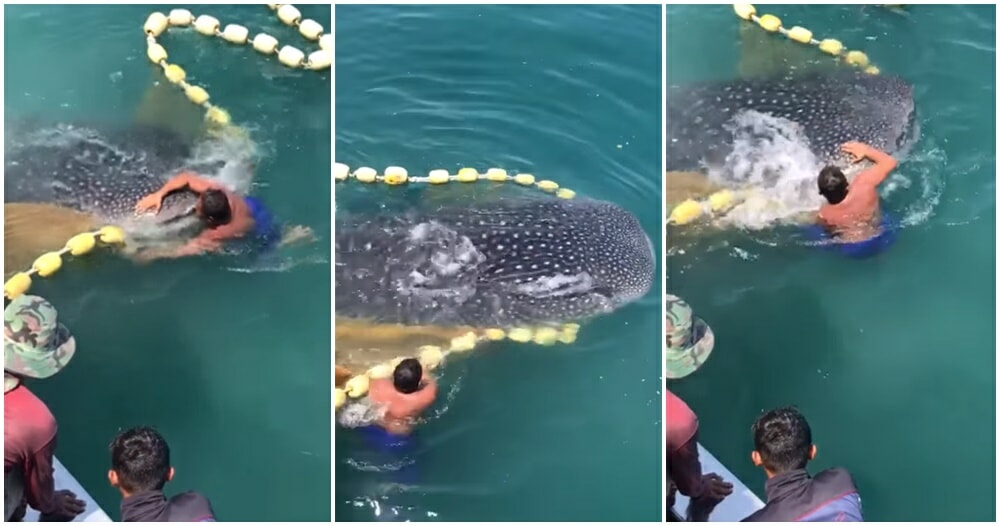 Kudos to these helpful fishermen! 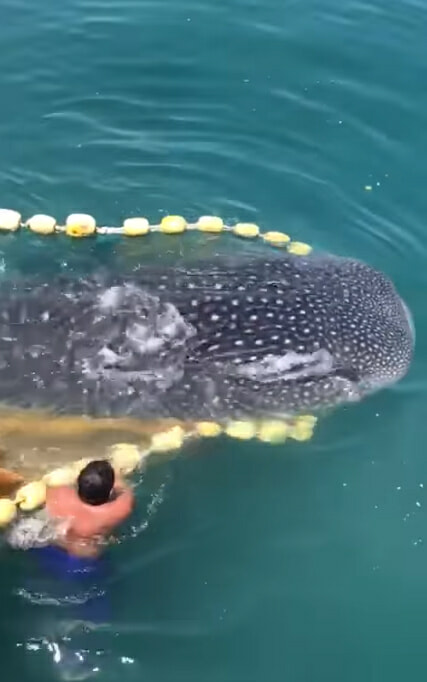 The brave fisherman who swam out to rescue the poor trapped whale shark.

Recently, a video featuring a Kedah fisherman’s rescue operation of a whale shark that was caught in the tangles of a fishing net went viral on Facebook.

In the video, the courageous fisherman can be seen swimming towards the poor trapped creature, gently coaxing it out of the fishing net by pushing the net downwards. He then tries to pull the whale shark out of the nets entanglement. The fishermen’s friends can be seen on a boat nearby, giving instructions on how to remove the net effectively.

After a few moments, the majestic creature can be seen emerging from the net. It proceeds to swim peacefully away thanks to the efforts of these kind fishermen.

“Operation release whale shark trapped in a fishermen’s net in the waters of Kuala Kedah. Well done and thank you to the fishermen involved in protecting the country’s fishing resources!” said the Department of Fisheries in the video’s caption.

The video has since garnered over 838 shares since its posting last Tuesday. Many netizens praised the fisherman and his friends for their valiant efforts in saving the whale shark:

Whale sharks are beautiful wildlife sea creatures that are unfortunately often hunted for their meat, liver oil, fins, skins and gills. They also sometimes find themselves trapped in fishing nets targetted towards trapping schools of fish such as tuna.

These guys set a great example for how we should treat our fellow friends in the sea.