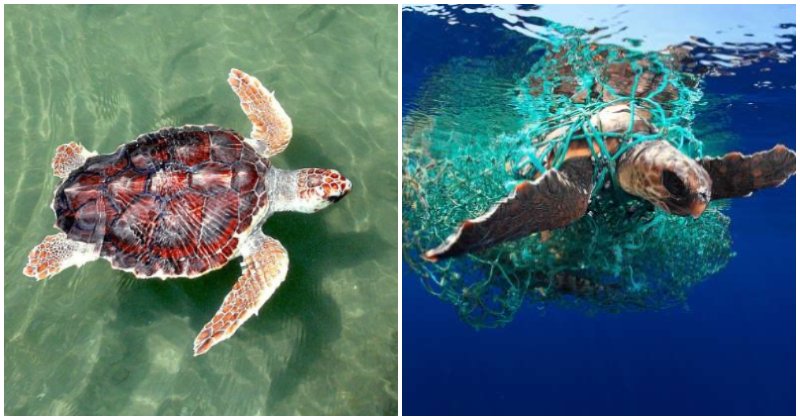 Penang is currently in the work of reclaiming 3 islands (930ha in Island A, 445ha in Island B and 323ha in Island C) in an effort to then sell parts of the land to individual buyers in order to fund the PTMP (Penang Transport Master Plan), which includes a Light Rail Transit and the Pan Island Link 1 Highway.

But nature activists and enthusiasts alike are unhappy with the Penang state government’s decision considering the fact that the development of the reclaimed islands would wipe out the nesting grounds of the Olive Ridley turtles.

Penang Forum steering committee member and author, Khoo Salma (@heritagepenang) has now come forward in Twitter to showcase how a turtle can be effected by the reclamation in a video taken by a fisherman. The turtle, a ridiculously rare Loggerhead turtle, is seen being unable to move due to the fact that it was too weak to swim after it had been found caught in trawler net.

The poor turtle has since been delivered to the Fisheries Department where it can hopefully make a full recovery from the incident.

Khoo continued to explain in her thread, that the fisherman who had discovered the turtle rescued it from a trawler net. If nesting grounds are destroyed, turtles may end up wandering closer to populated areas and getting caught in nets like the poor Loggerhead turtle.

The development of the islands will eventually also not only just affect the nesting grounds of turtles, but sea life in general as the commercialisation or industrialisation of these lands will lead to the pollution of the waters surrounding the islands.

The reclamation of the islands has since been approved by the Malaysian government.

Khoo’s posting has since garnered over 1,500 retweets.

If only efforts to save our diverse ecosystem and biodiversity were that prioritised.