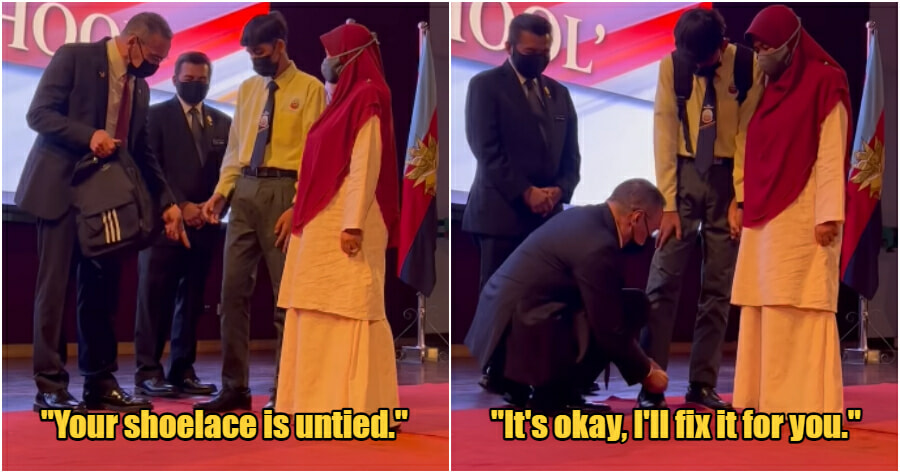 One of the fondest childhood memories is perhaps having our parents or siblings tying our shoelaces, especially when we were on the way to school.

“Neat and smart. But his shoelace was untied when he came up the stage. It’s alright, let me fix it,” he wrote on his TikTok post. 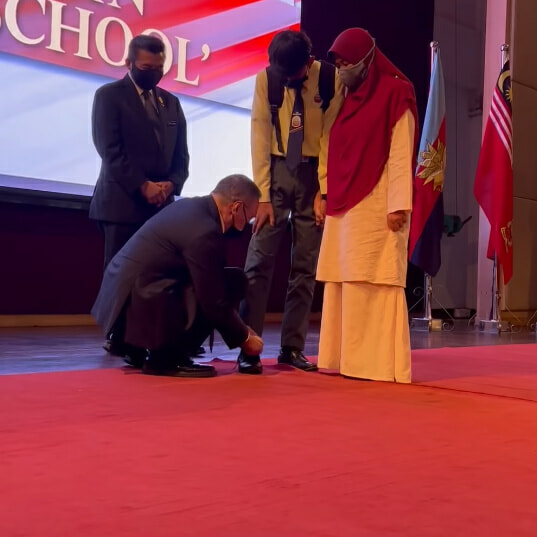 Adib’s shoelace was not properly tied but no one expected Hishammuddin to personally squat down and tie the shoelace for the teenager. When he did that, the crowds immediately put their hands together for Hishammuddin’s kindness and humility. He then spoke to the student for a bit before he descended the stage.

In his post, Hishamuddin also expressed his wish for Adib to study hard for his success in the future. You can watch the full video below.

The video was not only shared on his TikTok account but also his Facebook account and has been circulating since yesterday night. Most of the netizens are awed by the Defense Minister’s act of kindness. 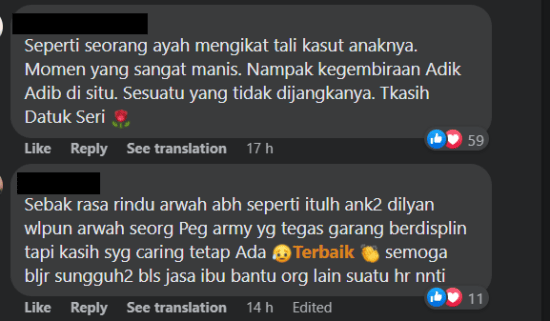 “Just like a father tying the shoelace of his kid. A sweet and unexpected moment, we can see how Adib is happy there. Thank you Dato Seri.”

“I miss my late father because that’s how we were treated, despite being an army who was strict, fierce, and disciplined, but the love and care were always present. Hopefully, the kid will study hard and contribute to the others in the future.”

“There’s a huge meaning in this. Someone who is obviously elder and has a high position does not mind squatting down and being humble to a teenager. Not many can do that. Hishammuddin is high-spirited.”

While Hishamuddin’s act may not mean anything to some people, it has certainly touched and warmed the hearts of Malaysians. Most of all, the incident will truly be one of a kind that always sticks to Adib’s heart.