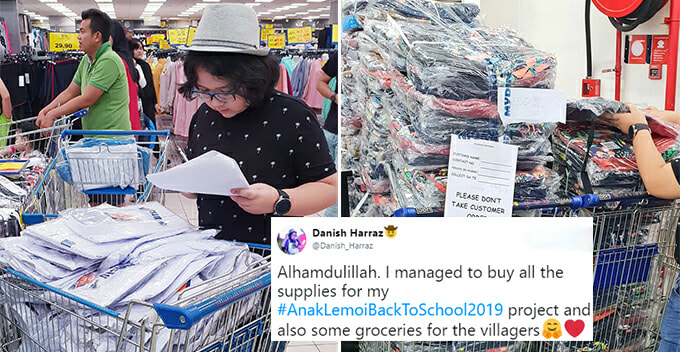 This is not your typical 11-year-old!

Apart from studying, this young chef, Danish Harraz runs a successful online baking business and most importantly, helps out the needy! 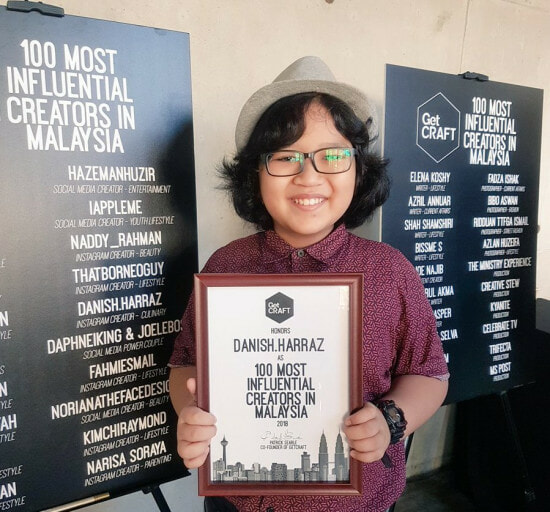 Alhamdulillah. I managed to buy all the supplies for my #AnakLemoiBackToSchool2019 project and also some groceries for the villagers🤗❤ #DanishsLoveAndSupportCrew pic.twitter.com/xAq2ZRwQB8

Recently he posted a tweet showing him purchasing school supplies and even groceries to help out underprivileged students under a charity project called Anak Lemoi Back to School 2019.

Danish stated on his Instagram post that the school supplies and groceries he purchased were to be distributed to 40 poor families at Lemoi, Cameron Highlands.

On the same day, Danish tweeted asking if there were any teachers in rural areas who have students in need of school bags as he has supplies waiting to be distributed.

There are currently 3 schools in his list, 2 in Sarawak and 1 in Kelantan and he is willing to provide not only school bags but school shoes as well, to those who have not received any sort of help and support before.

With 140k followers on Instagram and 17k followers on Twitter all able to see his efforts of helping the needy,  netizens praised him for his noble attitude.

Even Menteri Besar Selangor Incorporated (MBI) has decided to fully fund his Anak Lemoi Back to School 2019 charity project! Wow!

Yeay! Alhamdulillah. My charity project for #AnakLemoiBackToSchool2019 is fully funded by Menteri Besar Selangor Incoporated (MBI) I have nothing but gratitude😭 Thank you so much too to every kind hearted souls who donated & helping me with sharing and retweeting, thank you!🤗 pic.twitter.com/cc3fkHioXO

According to Sinar Harian, Danish has always been interested in charity and volunteering since he followed celebrity Daphne Iking on Instagram when she was posting her volunteering activities under an NGO called Need to Feed The Need (NFN) when he was only 8 years old at the time.

Danish even contacted NFN and offered to volunteer, along with his parents. He even formed a volunteer group in hopes of helping paedriatric cancer patients in Malaysia.

Such a big heart at a young age! We wish him all the best. Keep doing what you’re doing, Danish!

Also read: This 24-Hour Charity Run in KL Was Organised by Secondary Students & It Raised RM200,000! 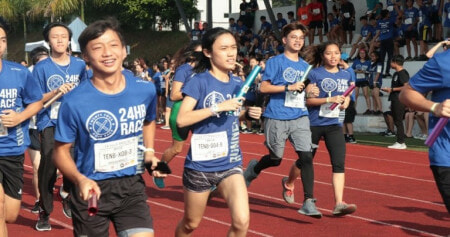