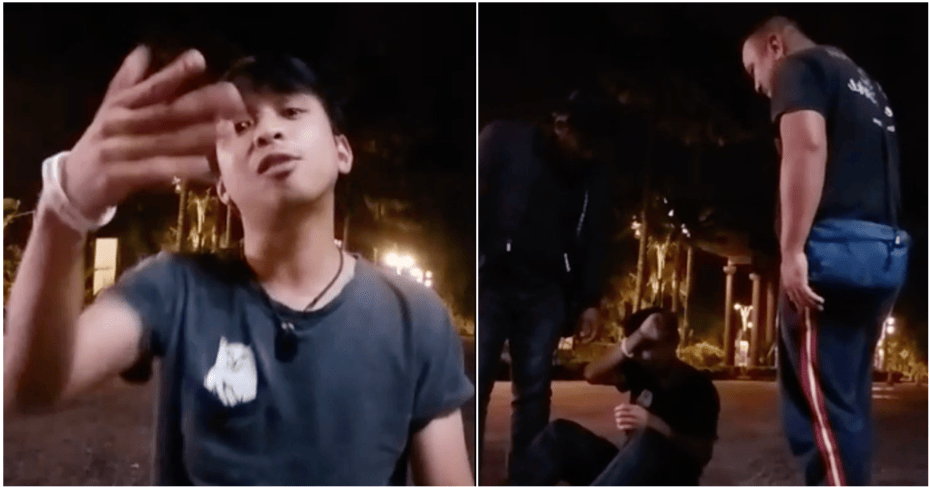 Our teenage years are usually filled with some activities that we might regret doing as we become adults. Fuelled by hormonal imbalances, it is understandable that these actions are caused by clouded judgement and the urge to attract attention.

Recently, a teenager who goes by the name of Sapik (Syafiq most probably) went on FB live to vent his anger, but what happened after caught everyone by surprise.

The boy who works as a patrol officer in one of the taman in KL taunted raver kakis (specifically ‘Ucux Raver KLCC’ and ‘Acap Tiger’) who were dissatisfied with him to come look for him so they could fight face-to-face. 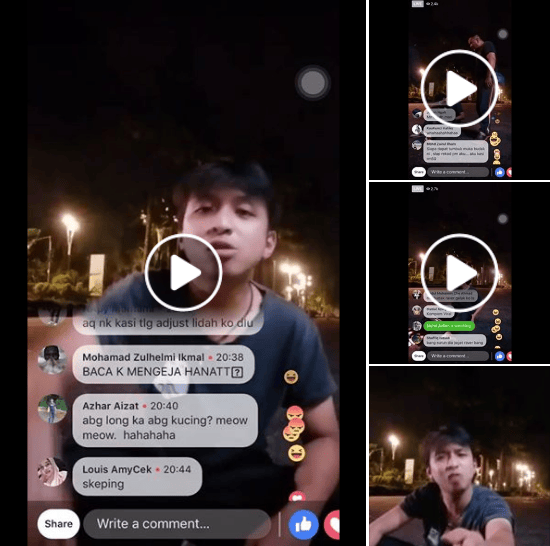 He even requested his “enemy” to bring his Samurai sword to the battle as he’s not scared at all.

“Now bring your Samurai sword, and try to hurt me. I want to see whether you can do it or not.”

He also spewed a lot of rude words, saying things like:

Well, he got his wish fulfilled. Not long after that, 2 adult men came to him, grabbed him and started to teach him a lesson for being so rude and using vulgar words. They even reprimanded him for trying to pick a fight with local gangs which was actually very dangerous as he was calling himself the abang long of setapak. 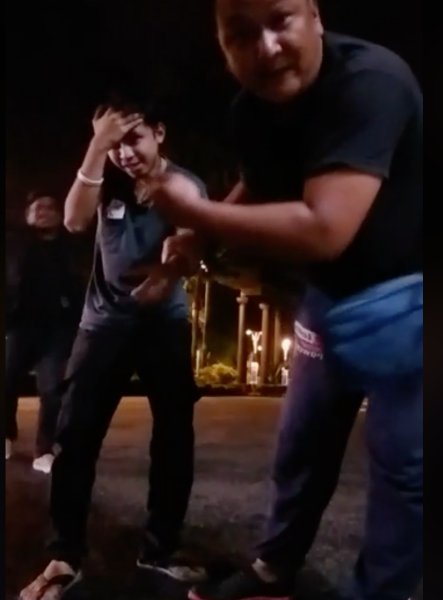 One of the adult men was seen to slap and kick him in the stomach. They then punished him by asking him to sing the national anthem, Negaraku. This was followed by him being asked to do bodyweight squats and apologising to his audience. 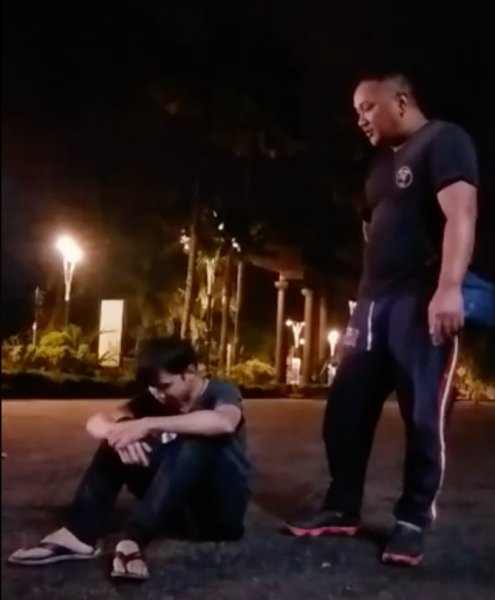 Sapik, while smiling with a relieved face for not being hurt too much by the 2 men said,

“I, Sapik, would like to apologise to everyone for doing what I did just now. Please forgive me.”

You can watch the full video here. He has since come out with another apology, expressing his regrets on the matter and mentioned that he learnt his lesson. He also requested for everyone out there not to come and find him anymore.

While we do not condone violence and disagree on the actions of the 2 men beating him up, in a way it served as a reminder to the boy to be more careful with his words.

Well, if you wanna berlagak just make sure you’re ready to face the consequences! 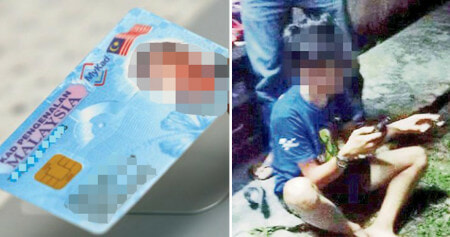