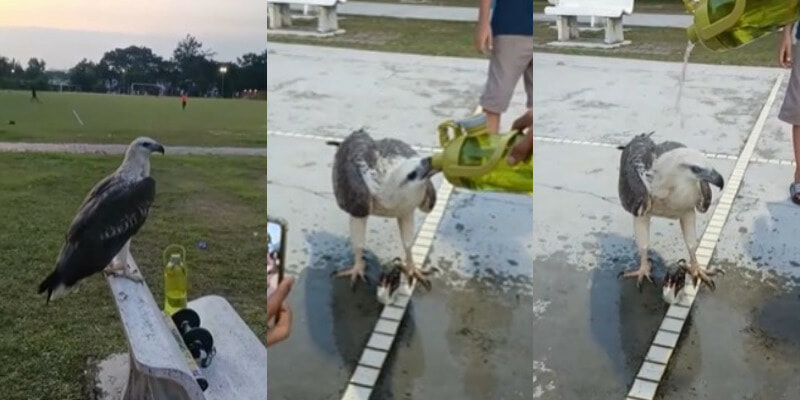 Human–wildlife interactions increase exponentially as more and more humans and wildlife crowd into the same limited space – such as the case which took place in Subang Jaya, when a White-Bellied Sea Eagle surprised folks who were exercising in the area.

Reported by SJ Echo, people in the area mentioned that the eagle may be there because of the scorching weather, causing the bird to seek water and rehydrate.

To show you just how friendly the visitor was, here is a video of this majestic creature interacting with those around it.

“The gigantic bird flew down to the USJ12 field and perched on a bench; attracting many residents who were exercising on the field.”

“Children and even adults were excited with the abnormal behaviour of this bird, which did not budge when approached. A resident offered it water from a container, which the bird happily welcomed.” 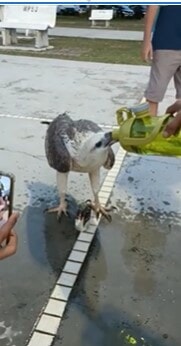 After hinting that it wanted a drink, having gestured to a nearby water bottle, the bird flew off to a nearby tree after drinking.
Do you have any experience with wild animals in your housing area? Share it with us in the comments section below. 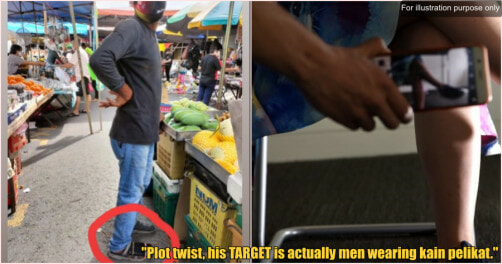