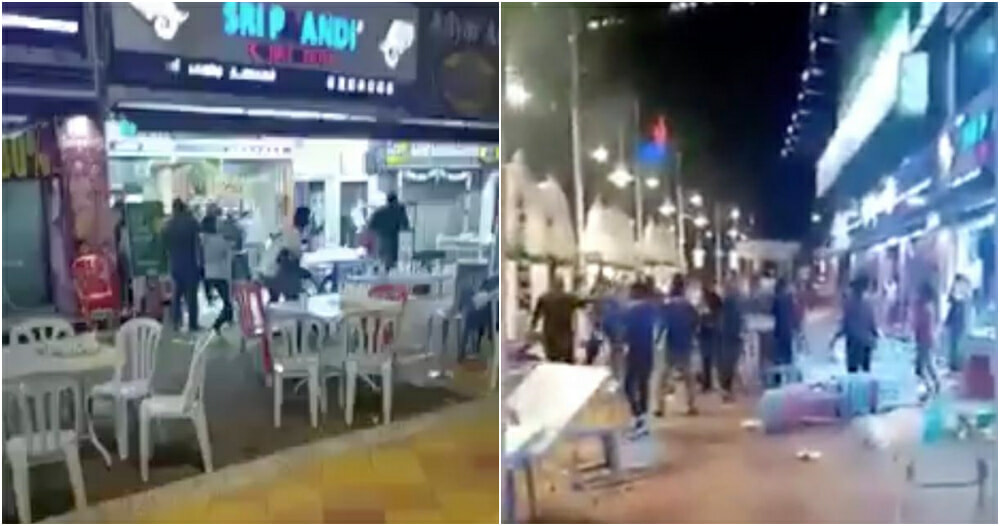 Due to not being able to order food and eat, a group of men made a fuss at a restaurant in Jalan Tun Sambathan yesterday, 28 February.

The group’s actions were caught on video and have been shared on multiple social media platforms since. The video showed several men throwing chairs and tables that belonged to the restaurant.

According to Utusan Malaysia, it is understood that the incident took place after the group of men were dissatisfied with the restaurant as they were not able to order food.

Other netizens who were also at the location said that the group arrived at the restaurant to eat at 9.30pm. However, they claimed that their request was denied as the restaurant was preparing to close its operations.

As a result of their frustration and dissatisfaction, the group of men went on a rampage and made a commotion at the premises by yelling and throwing the chairs and tables.

As reported by Harian Metro, police have arrested three of the 11 individuals that were involved in the fight.

Kuala Lumpur police chief Datuk Saiful Azly Kamaruddin said the three suspects, aged between 27 and 35, were arrested through a special operation at about 1am.

“Preliminary investigation found that the incident happened at about 10pm when the restaurant had closed its operations, before being approached by a group of individuals involved. It is understood that it happened due to the dissatisfaction of the group that was not allowed to eat at the restaurant, causing the fight,” he explained.

“In this case, the restaurant acted to comply with standard operating procedures (SOP) by not operating after 10 pm,” he said.

Saiful Azly also said his party is tracking down other individuals involved for investigation according to Section 147 of the Penal Code for rioting without weapons.

Also Read: Watch: Man Prays In The Middle Of The Road Near Batu Caves While Road Users Manage Traffic Flow 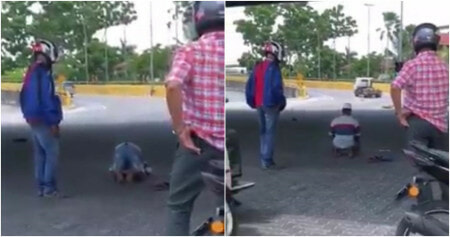