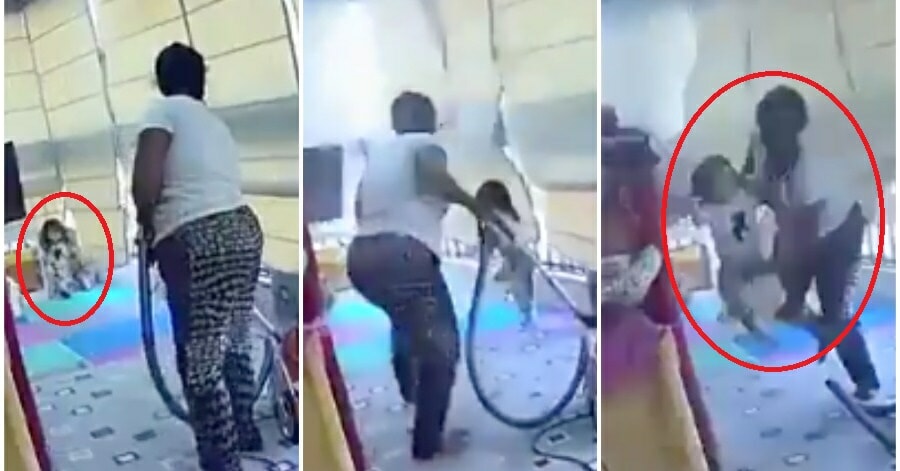 A catastrophic explosion that took place yesterday (4 August) in Beirut, Lebanon has left the nation shattered and scrambling for help. In a recent update, at least 100 fatalities and 4,000 injured casualties in need of medical attention have been reported.

During these moments of grave danger, many have stepped up to selflessly protect those who are most vulnerable. One such hero is a woman who courageously put aside her own safety to save a child from the disastrous impact of the Beirut blast.

My heart goes for this African maid, who ignored her own life, and tried to safe her employer’s child .. 🙏🏼
Not all angels have wings 🕊 #BeirutExplosion #لبنان #Beirut pic.twitter.com/94vVB5UTVc

In a video featured by Hassan Sajwani on Twitter, the woman who is believed to be a domestic helper can be seen vacuuming the floor next to a child playing in a nursery. She freezes when a loud sound is heard and looks around to identify the cause of the commotion. Just as the big explosion occurred, a wall nearby the toddler collapses. The brave woman can then be seen instinctively grabbing the child, shielding her with her body before she runs out of the room.

#VIDEO: CCTV shows the moment a father attempts to shield his son inside their home during the #Beirut explosions pic.twitter.com/Xh14f20Ih7

In another video by Saudi Gazette, a protective father can be seen crouching over his terrified son as their house starts shaking from the blast. As smoke pours into the room, the father carries his son to the living room before placing him under the table to shield his child from the impact of the blast.

Our thoughts and prayers are with those currently suffering from the traumatic effects of the Beirut blast. Stau tuned for more updates.