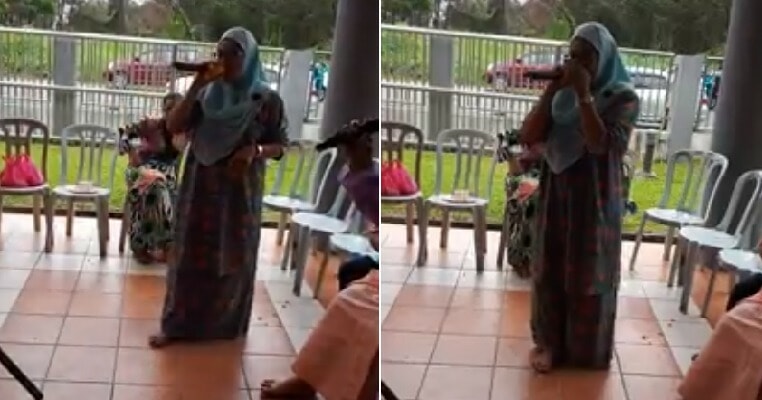 We bet that you’ve heard of the legendary rock band Nirvana before and probably a few of their famous songs, but you’ve definitely never heard this version before! A video has been circulating on social media of a mak cik and her seriously awesome rendition of Nirvana’s iconic “Smells Like Teen Spirit”. 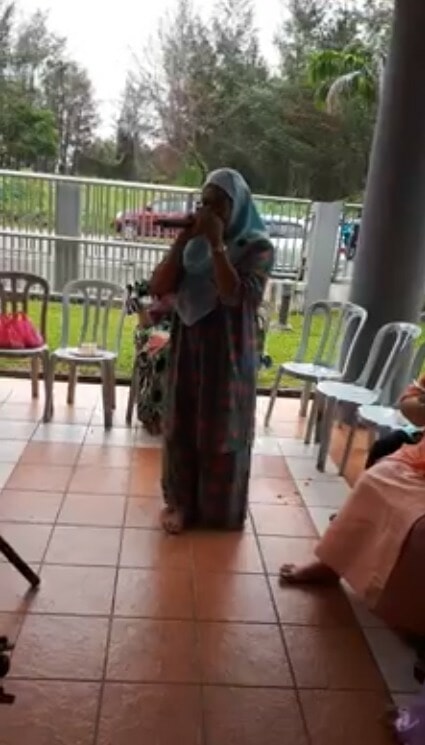 From the video, it looks like this took place at an open house where they were having a serious karaoke session. The mak cik appears to be doing a duet of the song with another woman but the mak cik takes centre stage when they reach the chorus. With just the right amount of angst, anger and emotion, her version of the song impressed netizens as it was rather unexpected. She would’ve made Kurt Cobain proud!

She certainly seems to be enjoying herself, though no one knows her identity. That said, she has been dubbed Mak Cik Nirvana or Mak Cik Cobain by netizens, with lots of them showering her with praises and admiration. They also said that she looks like she grew up in the Kurt Cobain era, so it’s no surprise that she’s familiar with that iconic song. In fact, some said that she must have been a young teen back then and was reliving her youth with that song. 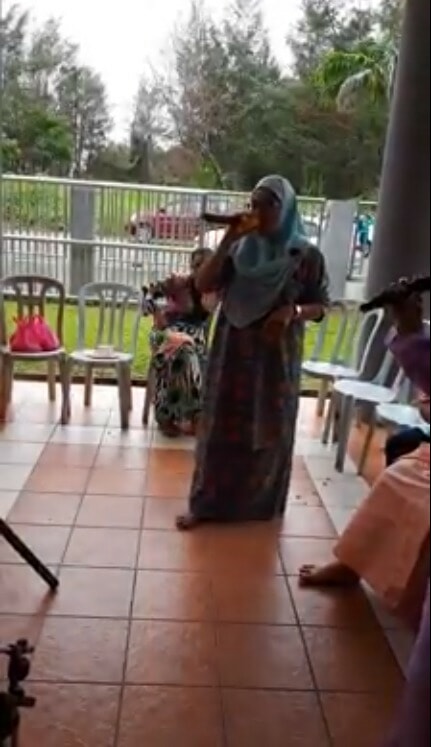 It was mentioned that she was with a friend at a homestay in Pulau Melayu but other than that, no one knows her identity. Well, she’s certainly enjoying herself, and we can totally appreciate her passion for grunge rock! 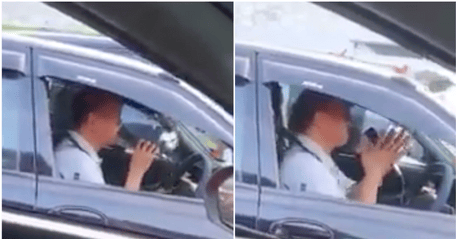