The world is divided into two types of people – cat people and dog people. But what if you can have both?

A post on Twitter went viral when a video was uploaded to show a cat running around playing fetch with its owner! He’s so cute we can’t get enough of him.

According to MStar, the owner of the video, Arash Muaz, uploaded the video to showcase how his cat was acting almost like a dog, playing fetch with him in the living room.

Arash Muaz said they never trained their cats to play fetch, and they were just spending some time together after performing their prayers.

Arash was shocked when he threw the toy and Bob the cat went to pick it up – and brought it back to him.

The video accumulated more than 900k views and 45k retweets. This gave an opportunity for others to share their own cats playing fetch with tissues and hairbands. One even posted a video of her daughter playing fetch.

Also read: “World’s Worst Cat” Is Up For Adoption And The Description Has Gone Viral 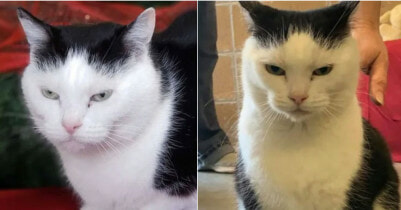