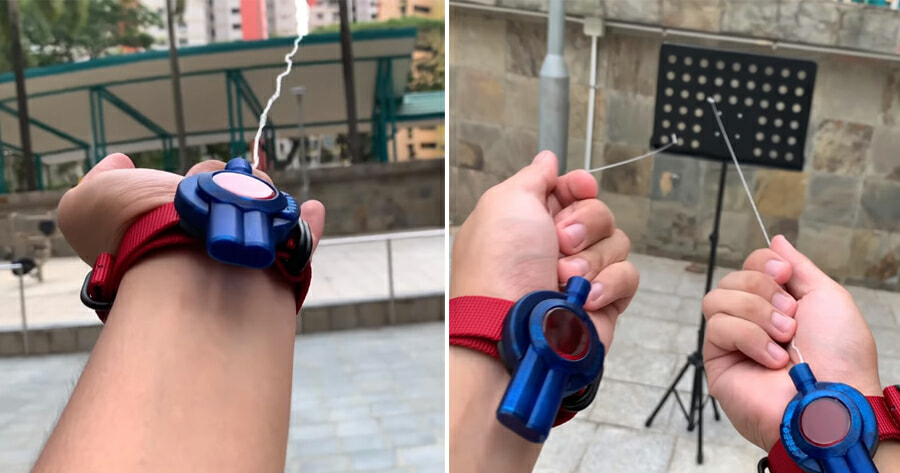 Where has this been all my childhood?

We’ve all seen the movie, Spider-Man – whether it was Tobey Maguire, Andrew Garfield or Tom Holland starring as the web-shooting superhero – and if I asked you to describe Spider-Man using only your actions, I’m pretty sure you’d be thinking of the exact action I am thinking of right now.

This iconic hand gesture was probably one that we used to do all the time as kids, but only thing is, no webs ever shot out of our wrists. Most of us probably leave it up to our imaginations, where we’ve ‘saved the world’ with our athletic swinging – but this wasn’t enough for a 40-year-old man who wanted the REAL DEAL.

According to Mothership.sg, the man behind the YouTube channel, Hero Tech, posted a video of himself demonstrating a homemade web shooter called the Web 12 Functional Thread Shooter from a first-person point of view.

With the blue and red device strapped on his wrists, he demonstrates how it shoots out a nylon-type string which immediately attaches itself to the object he shoots it at. He then proceeds to pull the object down, displaying that the string is strong enough to hold a certain amount of weight. Probably not his full body weight, but you get the gist.

His YouTube channel also includes a 14-minute video of how he DIY-ed the whole contraption using a variety of parts including plastic, springs, straps and so much more.

However, if you don’t have the resources or skills to make your own Spidey shooter to go with your Spidey outfit, you can purchase the whole thing on Etsy for RM436. It even offers free delivery to Singapore, according to Mothership.sg, but do take note that this will be a pre-order as the  product will only ships in August 2019. 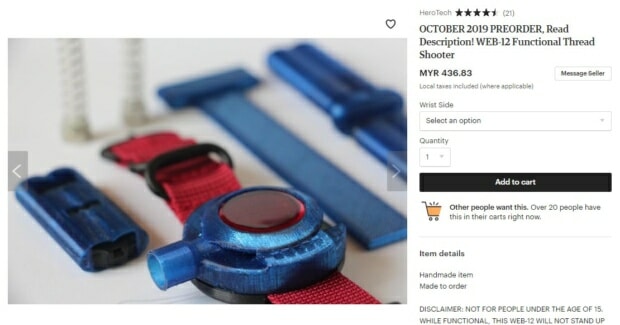 That being said, there apparently have been over 200 purchases, which probably means there a lot of us out there who want to live the dream.

However old you are, I’m pretty sure you’d like to try this out for yourself, right? Get it and you might just be the coolest kid in town! 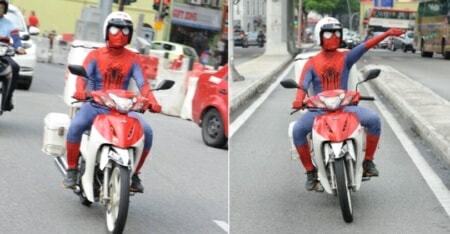