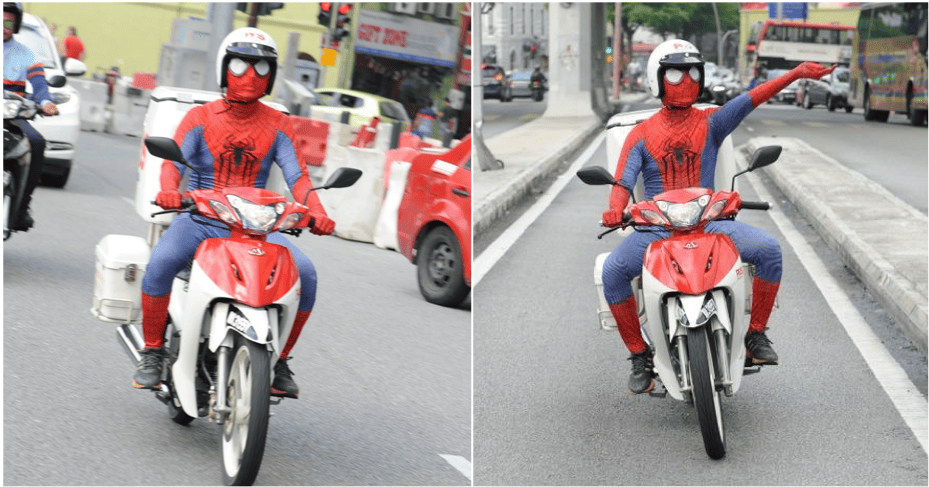 Right after events of Avengers: Endgame and before he goes on his movie tour to promote his new movie Spider-Man: Far From Home, the wall-crawler has found a job in the meantime. He’s now delivering mail for Pos Malaysia! Well, sort of.

Actually, since almost everyone is currently experiencing the Avengers: Endgame fever, Pos Malaysia has decided to join in on the fun too!

The company shared a picture on their official page on Wednesday (24 April) of one of its hardworking postmen in a full Spider-Man costume while riding their famous red and white motorbike.

A spokesperson told Malay Mail, the company actually wanted to highlight their very own in-house heroes. He explained,

“We wanted to encourage the public to show their appreciation to the postmen. That’s why we captioned the FB posting with the hashtag #posmenheroku.”

One individual even managed to record him having a chat with a curious motorist. Well, they don’t call him the friendly neighbourhood Spider-Man for nothing.

Well, it is true that the postmen are the unsung heroes of Malaysia. Braving through traffic and bad weather to deliver our mail. Thank you, Abang Postman.

BTW for those who have watched the movie, jangan la spoil it for everyone else! 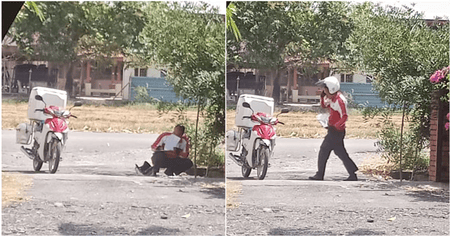