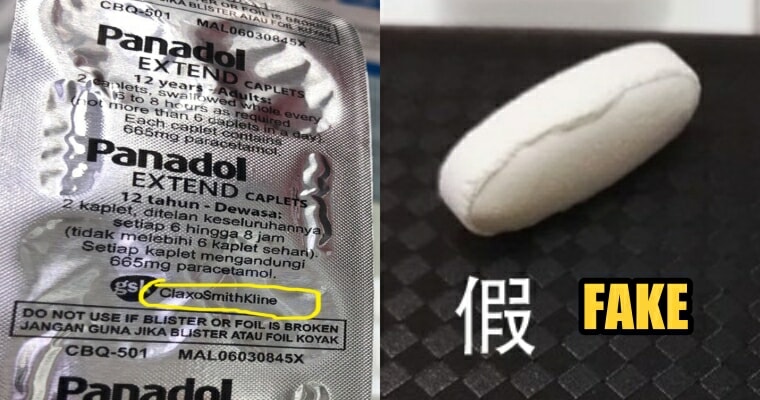 Panadol is considered our go-to medicine whenever we’re down with fever or headaches. It’s widely sold in pharmacies and convenience stores here, but little did we know that the famous pill had been duped in the market.

Zeff, a pharmacist who posts on his Facebook page, recently shared that fake panadol is currently being sold in the market. In his post, he made several comparisons between the real Panadol and the “fake” ones.

The types of Panadol he used to compare were ActiFast and Extend. 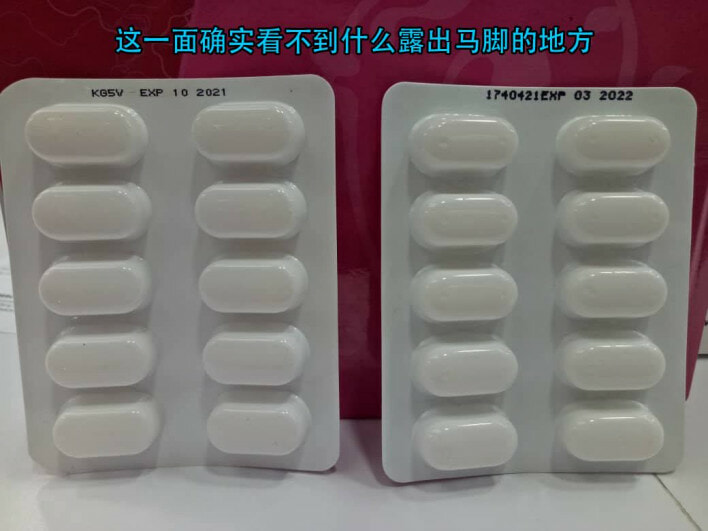 The blister pack seemed completely normal from this side, as both looked extremely similar.

However, major differences can be found on the back of the blister:

Note that the original Panadol package on left contains the actual MAL number while the one on the right is incorrect. FYI: Every medicine has its own registered MAL number, be sure to purchase the one with the correct respective code.

Zeff even provided a link for us to check the MAL number of every medication here. 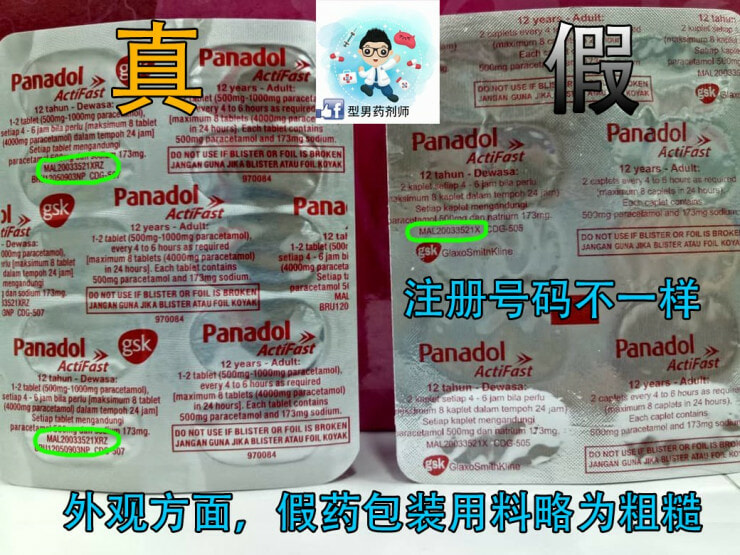 Also, note the worse quality of the blister pack on the fake one.

This is easier to spot compared to the registered number. The fake Panadols have apparent spelling errors on the Panadol company name — GlaxoSmithKline, because the fake one would be spelt as “ClaxoSmithKline”. 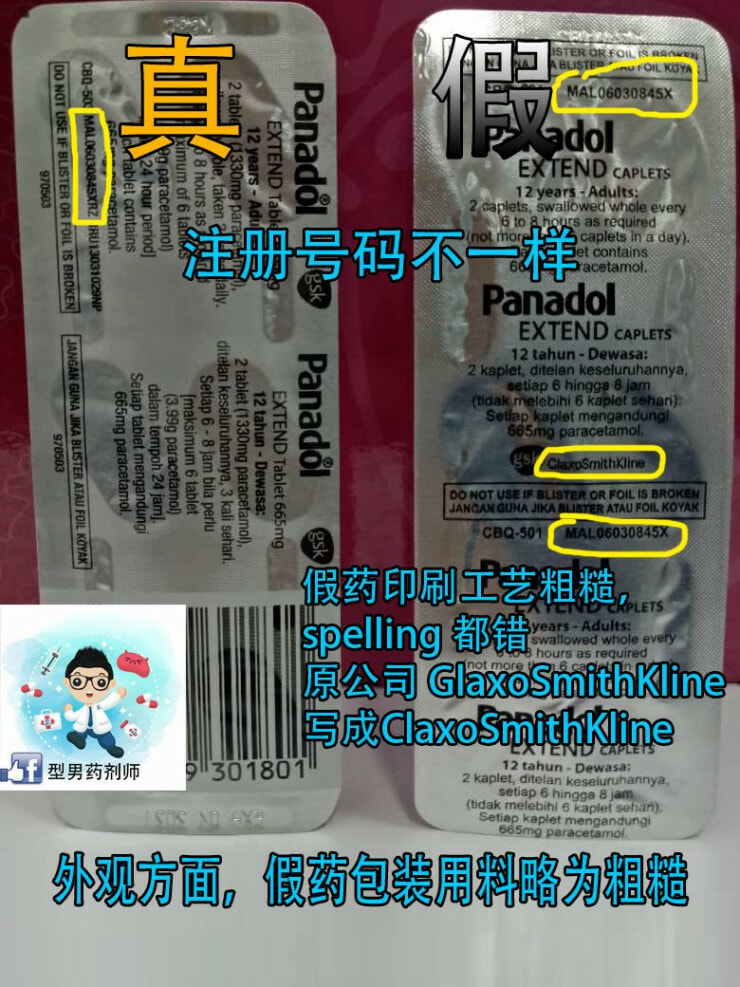 3. The appearance of the pills

The fake pills are poorly made, as Zeff mentioned that the fake ones were so brittle that they were already crushed inside the packaging. He made it clear that real Panadol pills were smooth and nicely cut, while the fake ones looked considerably rough and jagged. 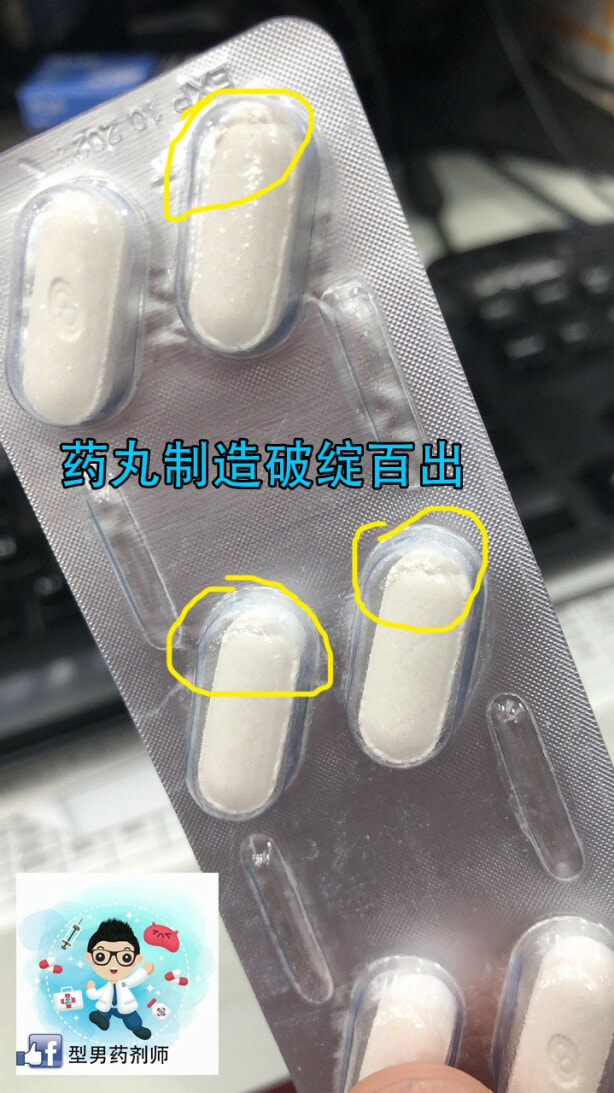 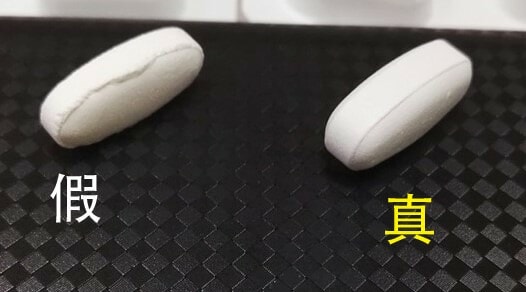 It’s honestly terrifying knowing such a common medication has been counterfeited. Nobody knows what kind of danger the fake ones can impose on our health. We should be extra cautious when we purchase medications, and it’s always better to get them from registered pharmacies.

Also read: Beware: Fake Himalaya Salt Candy Is Being Sold All Over M’sia, Here’s How to Spot Them 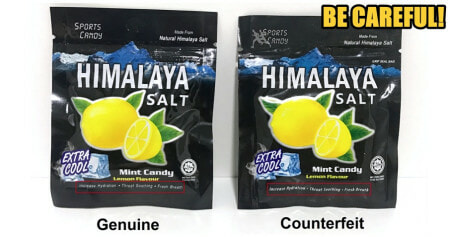