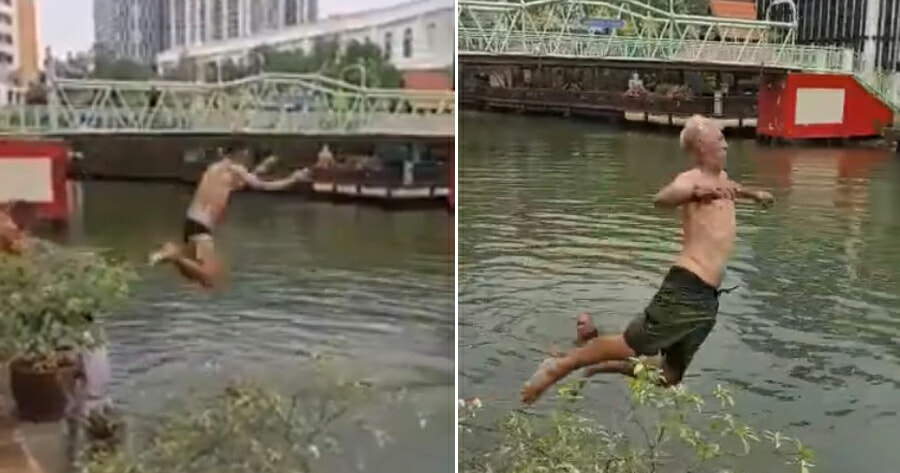 As much as some Malaysians love to refresh themselves at forest waterfalls or water springs, we know very well that some rivers just aren’t suitable for swimming.

These kinds of rivers can be found in places like Melaka, Kelantan, Pahang and Kedah, which have been reported to produce a foul smell accompanied by thousands of floating dead fish on several occasions.

However, recently there has been a viral video making the rounds on social media showing several men believed to be foreigners having fun at the historic Sungai Melaka waterway, reported Malay Mail.

I hope they realise how dirty Sungai Melaka is. pic.twitter.com/9HTtAjUm2f

The 12-second video was taken over a year ago, but has only recently been uploaded to Twitter. Another similar video was also uploaded to a public group page on Facebook called GenG ViRaL MeLaKa. The two videos show one of the tourists enjoying his dip in the river while two other tourists jump into the river as if it were a swimming pool.

Netizens have found the men’s actions to be rather disgusting as that particular river is known for its high levels of pollution. Some asked if the tourists knew how dirty the water was while others hoped that they had a skin doctor on speed dial.

Earlier this year, thousands of freshwater fish were found dead in Sungai Melaka after it became polluted by the discharge of industrial waste, causing the river to turn black and emit a foul smell.

Yikes! We hope those foreigners didn’t fall seriously ill considering how polluted that river is. Hopefully more tourists will be made aware of the condition of our rivers before they plunge in. 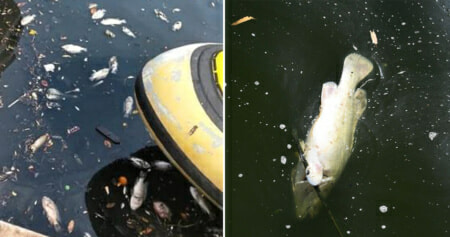