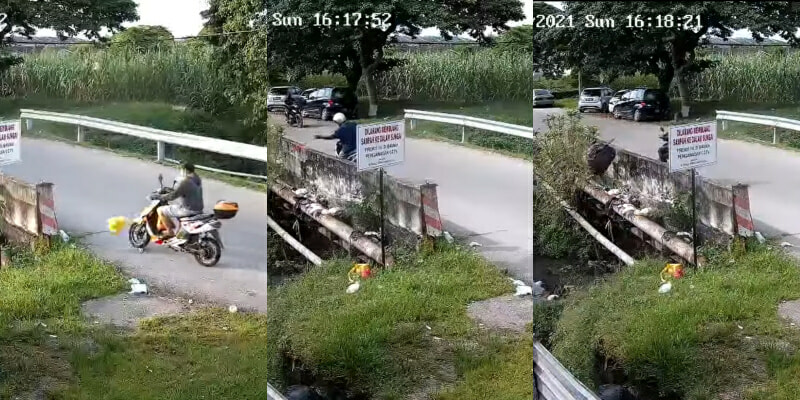 “Supernatural” cleansing has been all the rage in Malaysia ever since the image of a makcik throwing rubbish into a river from her car window went viral not long ago on social media.

With Malaysians understandably outraged at the scene, several other instances of “supernatural” cleansing took place on a bridge in Kapar.

Shared on Facebook by Mohd Fakhrulrazi Mokhtar, the three videos show just how much Malaysians would not give a second thought when it comes to polluting our rivers.

“These are the kind of troublemakers that will cause our rivers to become full of rubbish.”

“Let’s take action against these people. I hope the authorities will do something about this.”

Netizens commenting on the post were of course, disgusted by what they witnessed.

“When floods happen, they all will play the blame game, when in truth they were the ones that caused it in the first place.”

“Have the rubbish bins gone missing in the area?”

One netizen suggested the installation of a higher quality camera, to ensure that the registration plates of the vehicles can be identified.”

“We need to add higher quality cameras that can capture their registration plates. It is easier to turn these people to the authorities.”

“3rd class mentality Malaysians should be met with punishment.”

Come on people, we are better than this!

Also read: Woman Who Tossed Rubbish Into River Apologises & Claims She Was Throwing Away ‘Saka’ 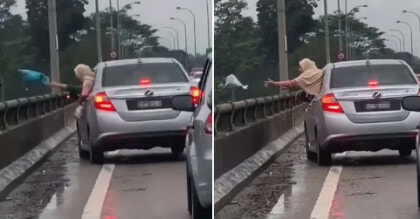