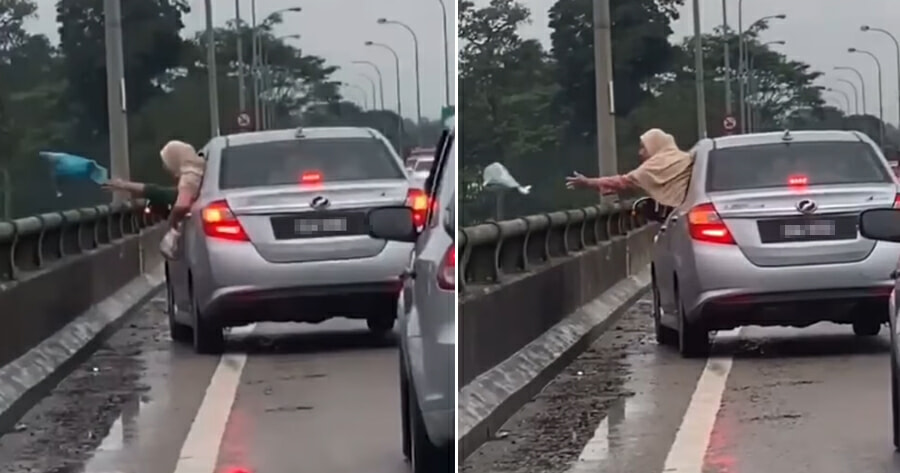 Netizens have been urged to stop spreading the video of the woman throwing rubbish out of her car in Tanah Merah, Kelantan as the woman has since apologised for her actions.

According to the Facebook page Kelantan Daily, the family of the woman got in touch with an individual, Azhar Zamiri, to explain the situation, saying that the woman had not tossed garbage out of the window, but a “saka“.

In Islam, “saka” is a type of djinn or syaitan kept by a person and can be inherited.

The woman claimed that she and her family had just returned from a traditional treatment in Kuala Krai and had been ordered by their healer to discard the “saka” into a flowing river.

“Hope that all parties would stop spreading and abusing the family,” Azhar said. “Please pity them, because of the viral case, the patient has been crying and feeling depressed. Hope that the public can understand their situation.”

The video that was uploaded by Facebook user, Tham Lai Keang has since garnered over 7,600 likes and over 27,000 shares.

Also read: Watch: Myvi is Back With Full Force, Drives Through Kota Tinggi Flood Like It’s No Big Deal! 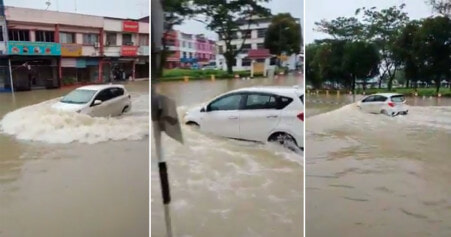