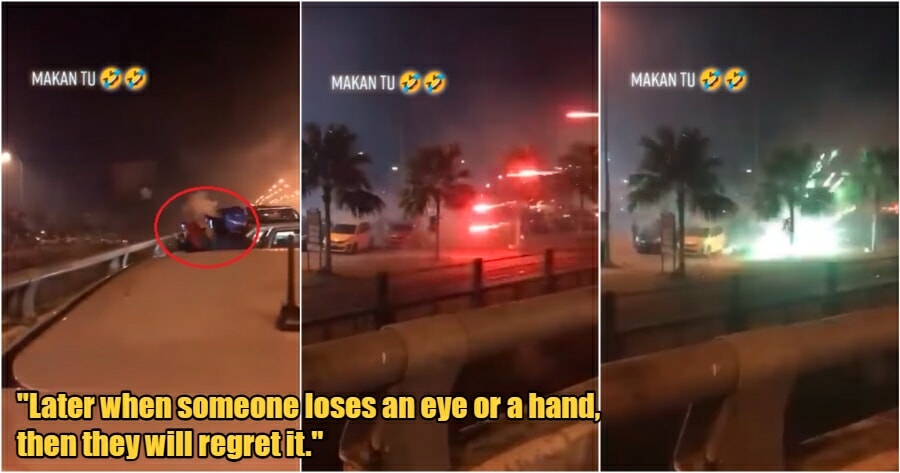 Just yesterday, a video surfaced online of people running and screaming as fireworks were aimed and shot at them from a higher vantage point.

Now, another video has popped up, this time showcasing the point of view from those who were shooting the fireworks from a bridge.

The 我们是马来西亚人 We are Malaysians Facebook page took to their profile to share the video. This incident is now believed to have taken place in Lembah Sireh, Kelantan. 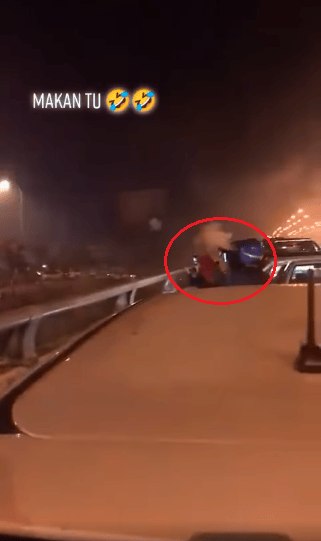 From the video, someone could be seen shooting the fireworks from a bridge, while another recorded them.

The fireworks were aimed at people and cars parked by the roadside, outside of some shop lots just below the bridge. 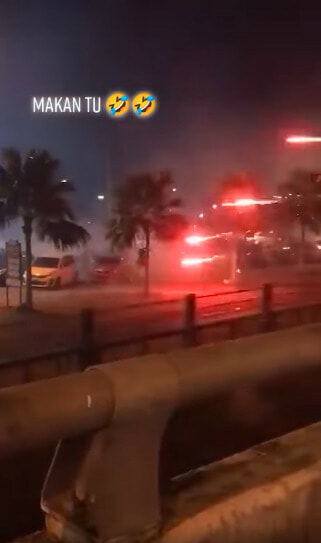 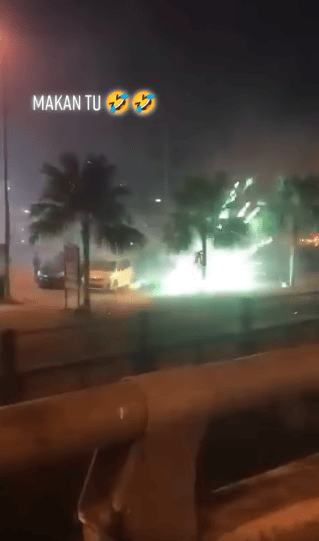 It is still unsure as to why the person was shooting the fireworks at the people.

Netizens have since condemned the fireworks shooter for their dangerous actions.

“Luckily the cars didn’t explode. They’re not using their brains while playing with fireworks.”

“The cars won’t explode, but people can get severely injured. They’re already inconveniencing others who want to celebrate Hari Raya.”

“Later when someone loses an eye or a hand, then they will regret it.”

We genuinely hope that the authorities look into this matter and take action against the fireworks shooter for endangering others.

Posted by 我们是马来西亚人 We are Malaysians on Wednesday, May 4, 2022