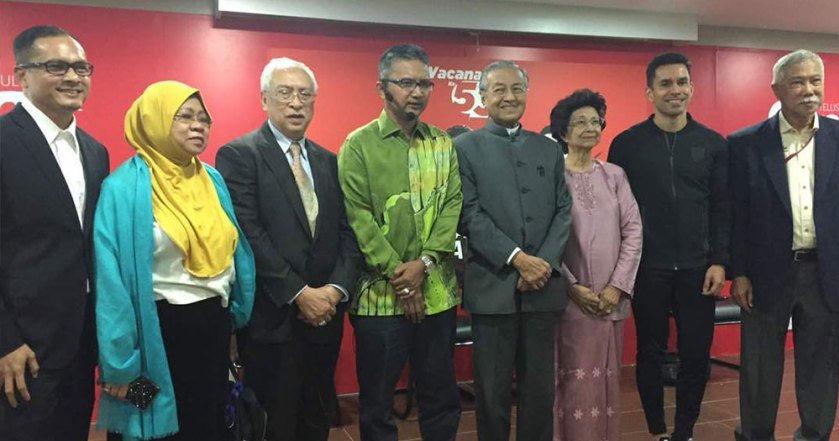 We’ve always heard of people crashing parties, but ever heard someone crashing a forum about them? Well, it is definitely one of the first when Dr Mahathir (Dr M) decided to gatecrash a Sinar Harian forum that discussed whether or not he was too old to become a prime minister again.

Well, on Thursday (22 March 2018), Dr M posted on Facebook and Twitter with the caption “I’m here guys. Say it to my face.” to show his attendance at the forum in question. Ohh, snap! 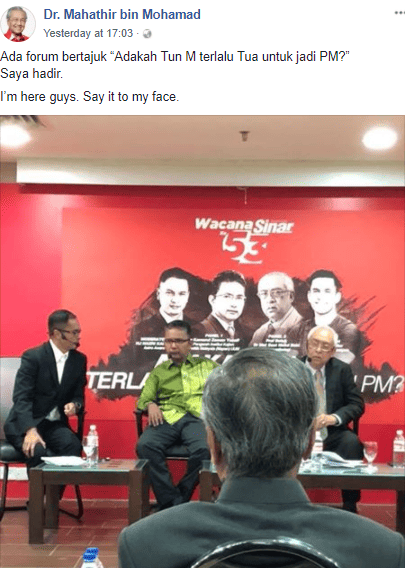 Following up on that, a video was put together by a fellow netizen showing the before and after clips of Kamarul Zaman Yussof’s, (University Utara Malaysia (UUM) professor and panelist at the forum) reaction before and after the arrival of Dr M, reported Malaysiakini.

The video, that was posted on Kelab Che Dat Facebook page, showed Kamarul, one of the panellists, who was reportedly confident with his critiques on the former prime minister became visibly uncomfortable once Dr M, 93, and his wife, Dr Siti Hasmah Ali arrived and sat in the front row. 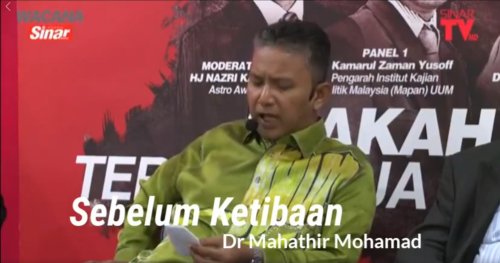 The video clip started off with Kamarul, accompanied by two other panellists, a psychologist and a fitness guru, stating that mental health is an important factor for a prime minister candidate.

He further reinforced his statement by arguing that cognitive (thinking) abilities, conceptual reasoning, memory and processing speed will decrease with age.

He then gave a few examples of Dr M’s statements to show how his cognitive abilities allegedly worsened over the years. Bruh!

After that, the video shifted to when Dr M arrived accompanied with a caption that pointed out how Kamarul remained seated whilst the rest stood up.

Then, the moderator told Kamarul Zaman he could interact directly with Dr M and that he would be responsive. At this point, the clip showed the professor appeared to have laughed off the awkwardness and reassured that he was indeed fine. But, the video pointed out that he was allegedly at a loss for words with the caption, “Why the stuttering. Hahaha.”

Towards the end of the video, Dr M can be seen smiling when Kamarul asked if he would be able to control parties like DAP. Here have a look at the video yourself;

However, prior to this, Kamarul wrote a Facebook post, denying that he didn’t “chicken out” as many people chose to believe. Instead, he called out Dr M’s hypocrisy on his state of health.

“I was shocked by Mahathir’s hypocrisy, giving a positive image of his health to the public, but during the meal after the event ended, I heard him complain about his tight ‘ceramah’ schedule and how he was forced to wait till later at night because he was always put as the last speaker and so on,” he wrote.

Besides that, he also wrote that if Dr M was really brave, he should have accepted the offer to sit in the forum as a panelist and not in the audience instead of challenging him via social media.

He then ended his post with a simple Malay proverb which reads “Ada ubi ada batas“ which means bad deeds will be paid with kindness.

Well, there’s always two sides to a coin. So, what’s your take on this issue? 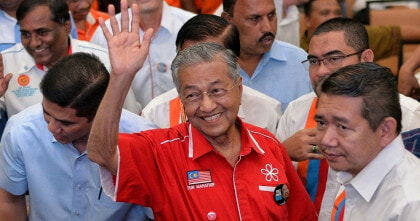