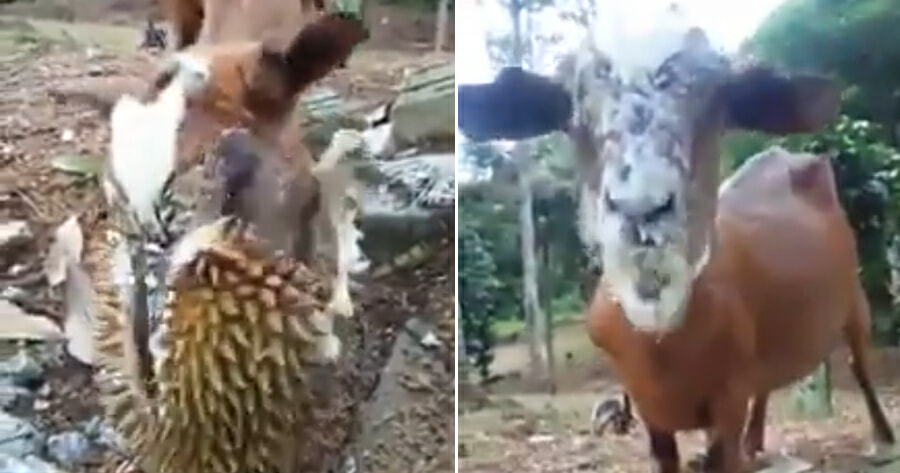 Many Malaysians claim to be the biggest durian lover in the world, but no matter how much you love the King of Fruits or how much you’re willing to pay to get your hands on the sweetest and creamiest one, you will never beat Malaysia’s current number one most devoted durian fan.

While it always comes as a surprise when ang mohs even dare come close to the ‘stinkiest fruit in the world’, a certain goat in northern Peninsular Malaysia has goat its face buried in the creamy and custardy flesh that is durian. 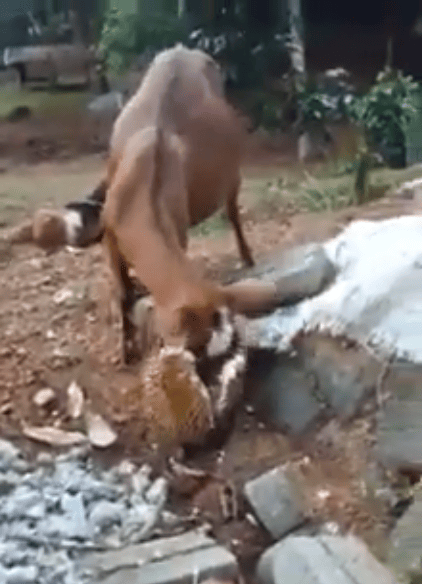 You’ve GOAT to be KID-ding me!

In a 23-second video clip which began making the rounds on social media since Monday morning (1st July), a goat can be seen devouring a durian fruit with its entire face buried in the partially-opened durian husk like it goat no care in the world.

As reported by NST, the video-taker moves closer to the animal after which it pops its head up from the fruit, revealing a thick layer of durian flesh smeared all across its face. Without hesitating, it immediately goats back into ravaging the fruit ’cause ain’t nobody goat time to pose for pictures when you’re with the King of Fruits! 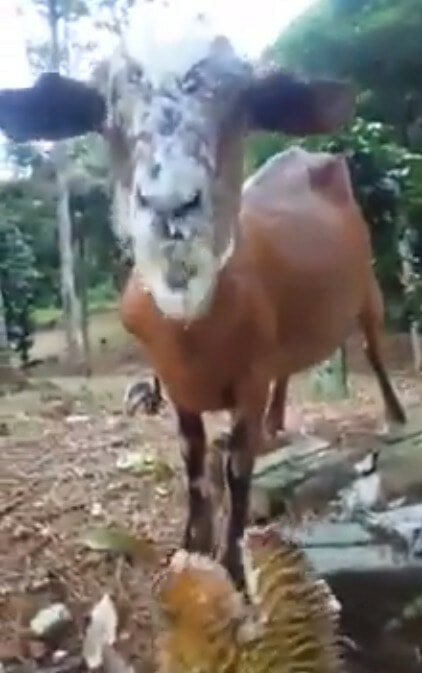 It is unknown who had cracked open the durian, but a man, probably the farmer and owner of the goat can be heard narrating the scene with thorny sarcasm as he records it indulging itself in the fruit.

Still, the goat doesn’t even lift its head a little to acknowledge the man’s exclamations. After all, you’ve just goat to live in the moment! Hopefully, it doesn’t get a horrible stomachache though.

Oh my goat! I guess if it’s unable to find any grass to munch on in a spiky situation, durian has goat its back!

PS: Sorry for all the baaaaaaaaad puns. I think it kinda goat out of hand.