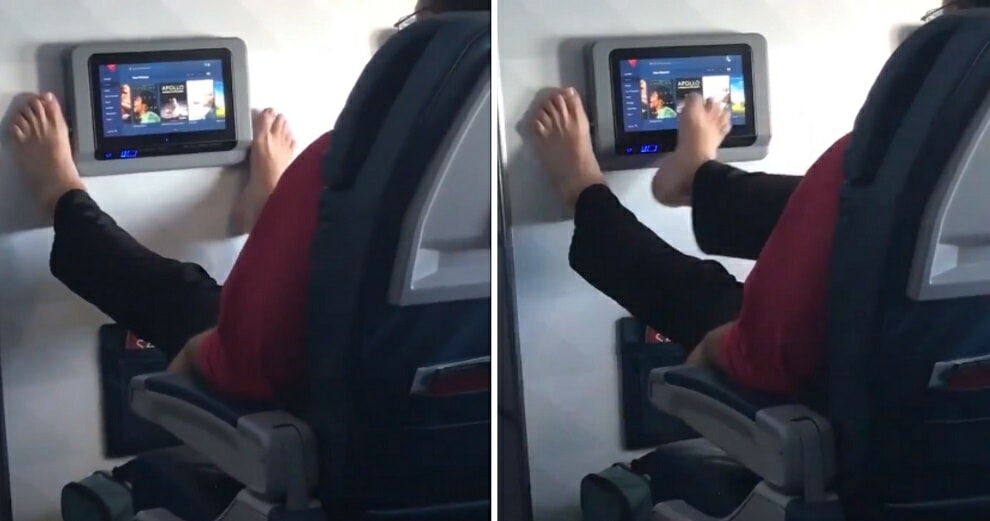 For most of us, travelling on planes isn’t exactly the most comfortable experience — from the hard, cramped seating to the long hours, passengers will look for anything to kill time until they get to disembark at their destination. If you’re unlucky enough, inconsiderate fellow passengers can make the experience even more uncomfortable!

Earlier today (16th July), American novelist Alafair Burke took to Twitter to share a video a friend sent to her showing a man on the flight she was on using his feet to control the touchscreen of the in-flight entertainment screen in front of him.

The video was soon met with disgusted reactions from Twitter users, many of whom said that they would now wipe down their in-flight entertainment screens on their next flight. Some even shared a video of British supermodel Naomi Campbell’s flight routine, in which she is shown thoroughly wiping down and sanitising her seat and in-flight entertainment screen before getting ready for takeoff!

People in first class look at me crazy for wiping down everything. This is exactly why. Yuck.

I really look down on people who wipe everything down as fussy and overly concerned about germ exposure which is both unavoidable and necessary. And right now, seeing this, I realize how wrong I’ve been.

Everyone: “YOU CANT CALL THE COPS, WE’RE IN THE SKY!”

Disinfectant wipes will be the new item to add to my plane bag contents. Sheesh. 🤢

Naomi made some points pic.twitter.com/7nmxqg6XZ9

This is exactly why Naomi Campbell wipes down everything she touches on a plane. I’m following her advice cuz these people are nasty. 😷 pic.twitter.com/h3aOEH3OZV

However, other netizens were quick to point out that the passenger could have a physical disability and may not have been able to use his hands to control the screen. However, Alafair debunked that theory, saying that the person who took that video saw the passenger walk off the plane carrying his own bags.

Gonna point out to everyone being judgemental on this: based strictly on what is shown, none of us know if that person has a muscular impairment that precludes their ability to lean forward and use their hands for this.

The photographer confirms that she saw him walk on and off the plane, carrying his own bag. He just likes to watch TV with his bare feet.

Well, if anything, this video has taught us to always carry some anti-bacterial wipes and hand sanitiser along when travelling anywhere! 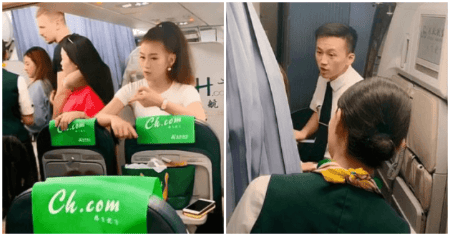