The Japanese are known for being very clean and hygienic people, which is a great habit to cultivate. In fact, last year (2018), they inspired the entire world by cleaning the stadium after every game they participated in. Not only that, their football team also cleaned their locker room before they left the World Cup after losing to Belgium. They are a pretty impressive bunch!

Having said that, those aren’t the only instances where Japanese people tried to make the world a cleaner place to live in because recently, a video showed a Japanese man cleaning the streets of Cameron Highlands and it went viral all over the internet. #Respek

According to a netizen who shared the video on Twitter, the man clears rubbish from Tanah Rata up to Brinchang’s police station every morning, starting from 6.30am. Whoa, that’s a long walk at a very early time!

Here’s the 44-second video of him picking up rubbish on the streets:

Following that, many netizens praised the Japanese man for his attitude and suggested that Malaysians should learn a thing or two from the man. True that!

Other netizens felt that it’s shameful because Malaysians don’t keep our streets clean and don’t throw away our rubbish responsibly. 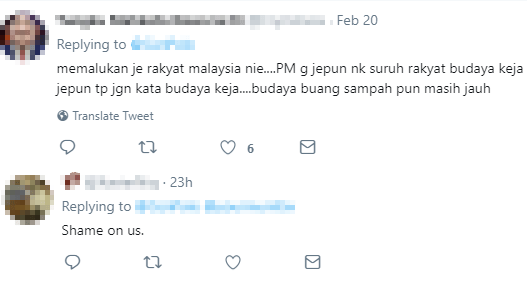 The netizen’s tweet was also shared by Serena Mukriz via her Insta-stories and she urged fellow Malaysians to not throw rubbish carelessly on the streets of our beloved country. She also thought that it’s admirable for a foreigner to be “persistent in cleaning our land”. She has a point, ya know! 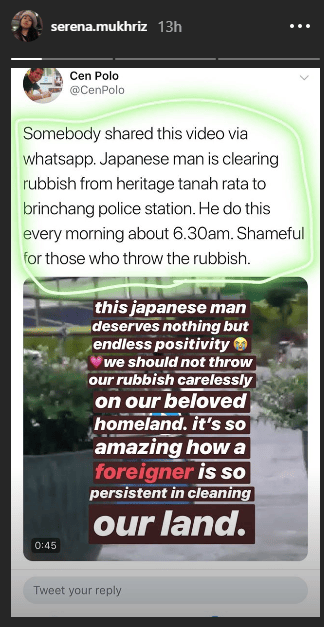 We salute the man for practising the values of his countrymen and we thank him for his efforts to keep the streets of Cameron Highlands clean in a way which he knows best.

Perhaps, we should adopt this man’s attitude for better cleanliness and get rid of our rubbish properly. After all, cleanliness is next to godliness. 🙂 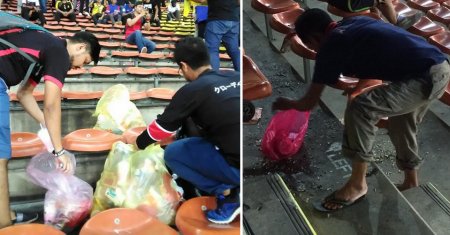