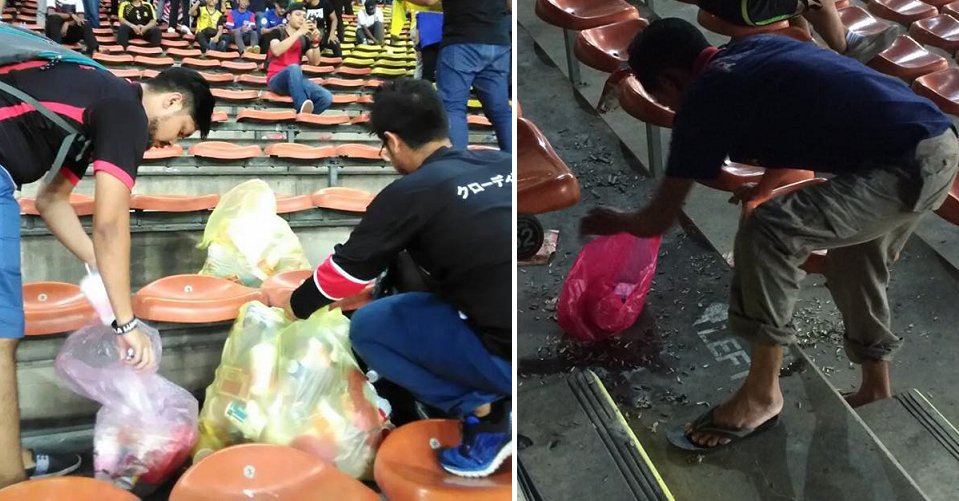 The purpose of the SEA Games is to bring all the ASEAN countries together through sports. Although every country is competing against each other, the ultimate goal is to enjoy these games with good sportsmanship.

There was a massive controversy on August 21, 2017 when two Myanmar fans were brutally beaten up by horrible Malaysian fans. It was such terrible news that it even made international headlines.

Of course, one amazing thing the media did not highlight about the event (due to this controversy) was how all the fans cleaned up after themselves after the match. 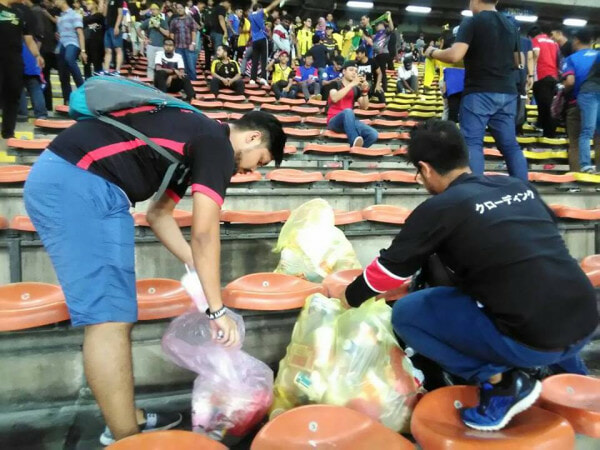 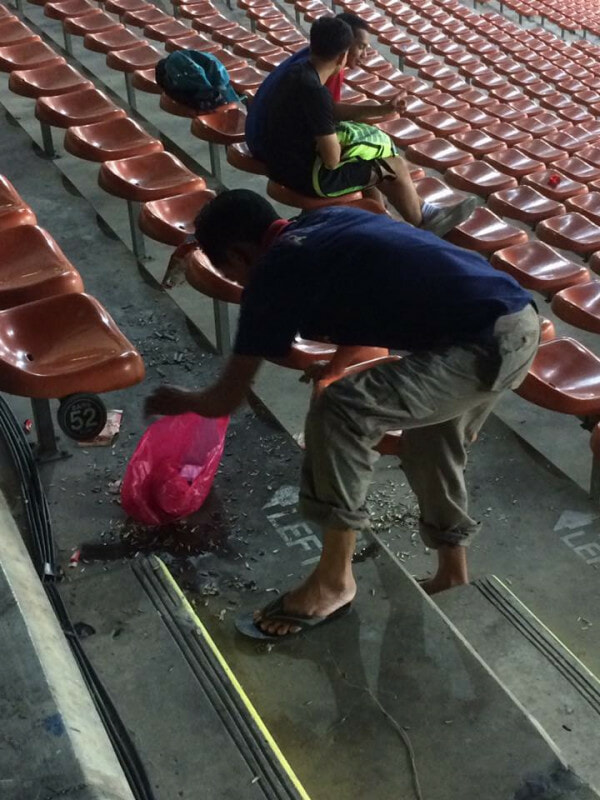 It was a group stage match between Myanmar and Malaysia, but our win was able to bring us up to the top of Group A where we tied 9 points in total with each other.

Even though Myanmar lost 1-3 against Malaysia that evening in the Shah Alam stadium, the foreign fans patiently picked up every plastic bottle, food wrapper and miscellaneous trash alongside Malaysian fans.

Typically, most people would leave their garbage in the stadium just because there aren’t any trash cans near the seats for them to dispose.

Undoubtedly, that shouldn’t be an excuse for fans to just make a mess and not clean up after themselves. 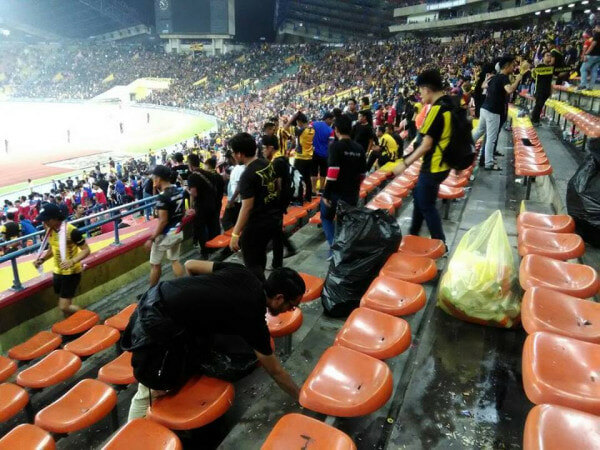 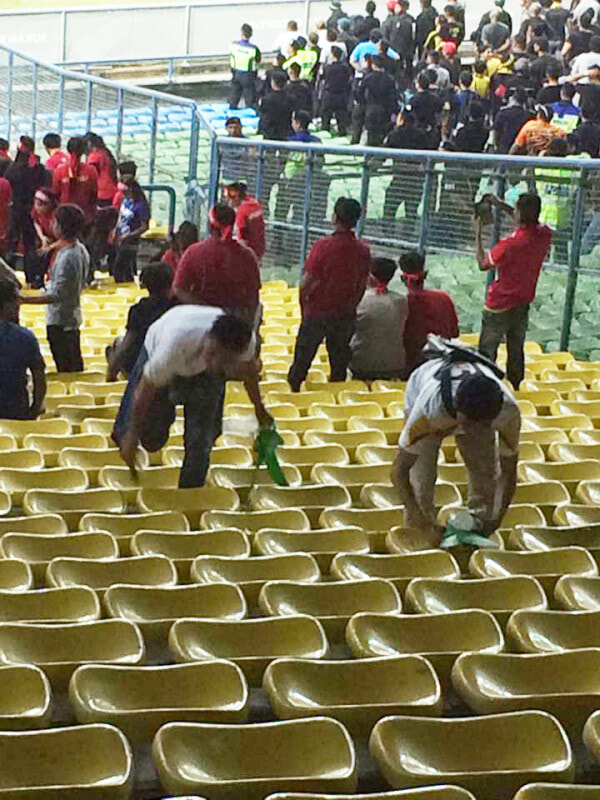 Many Malaysian netizens applauded both parties for their responsible and civic behaviour.

One netizen said that it was a rare sight to see Malaysians picking up trash.

“I have never seen our people clean up after a match in our stadiums. It is wonderful to see that we are finally heading towards a better direction.”

Another netizen claimed that the Myanmar fans are true angels.

“They lost quite badly in the match but they were so nice for staying back and cleaning everything. Good job to the Burmese people.”

Watch a video of the Myanmar fans cleaning up the stadium here:

Perhaps these fans were inspired by the Japanese after pictures and videos of them cleaning up the stadium during 2014’s FIFA World Cup in Brazil went viral.

Keep up the great work, uols! 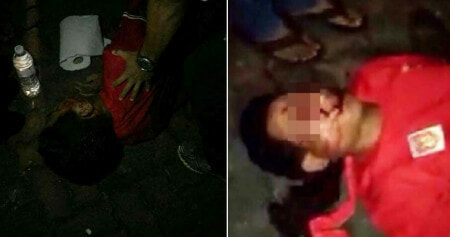