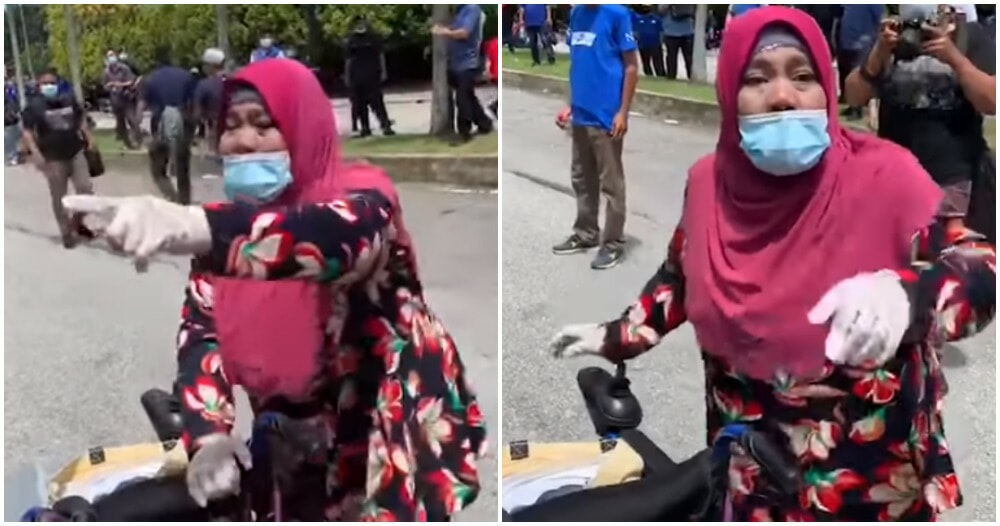 The whole nation is still in shock after Dato Seri Najib Tun Razak was found guilty for his SRC trial on all seven charges. While most Malaysians were delighted that justice was served, there are a group of Malaysians rallying for the rights of the former Prime Minister.

This was evident from the hundreds of supporters who showed up at the Kuala Lumpur High Court and didn’t even bother to practise social distancing.

In a video posted by The Malaysian Insight, a Najib supporter, a special needs woman, was seen yelling and defending Najib saying that there was no Prime Minister that supported the rights of the downtrodden like Najib.

In the video, the woman from Dato Keramat can be seen screaming how angry she is and that SRC was for single mothers and OKU people like her.

“If this was just about SRC, remember that organisation was for orphans and single mothers. They even had an office at KL Sentral but it was demolished!”

What do you think about this situation? Let us know in the comments section!