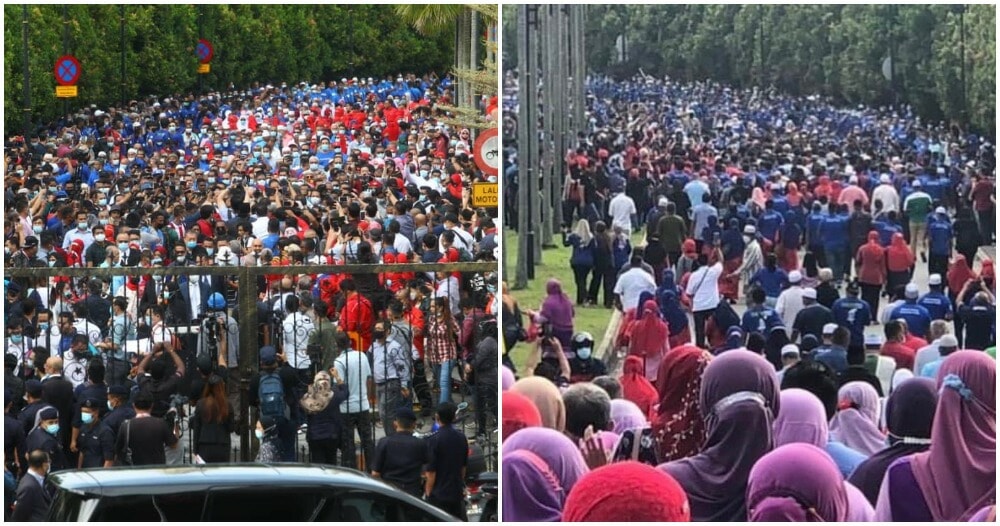 Today is the day the court will deliver their verdict of Najib’s first MDB trial. Needless to say, the country is holding its breath. A lot of people hope that justice will be served but of course, there are people who are still supporting “Bossku”.

Just now, about 300-400 of these supporters were pictured outside the KL court wearing red and blue. The thing that surprised most netizens is the fact that they did not practice social distancing at all. Granted all of them are wearing masks, but a lot of them are at their chins or doesn’t cover their noses fully.

JUST IN: About 300-400 supporters of DS Mohd Najib Razak gather at the KL High Court to witness the verdict of SRC International case today. They are not allowed to enter the court complex. pic.twitter.com/dJi0VqihVX

According to Pocketimes, they have set up tents and many of them are sitting there with no social distancing. There were also packets of food given out. 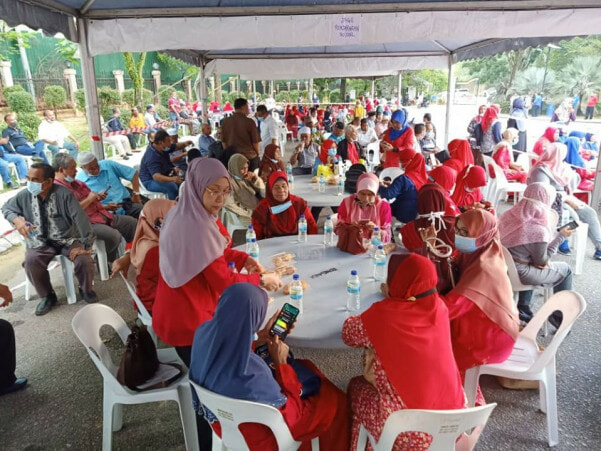 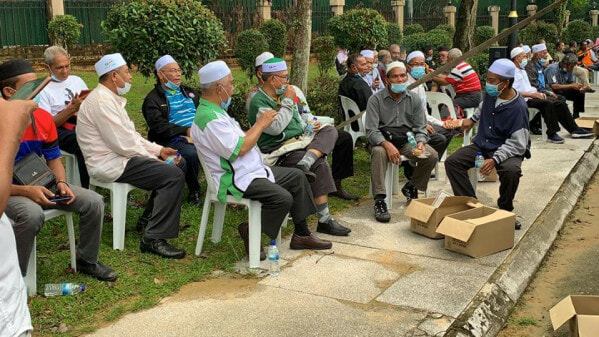 Many netizens have taken to social media to talk about this issue and they urge authorities to take actions against these people for not abiding with SOPs. However, most of them are worried that a new cluster called cluster Najib will be formed.

I hope that action will be taken too! So worried about a court cluster

At around 11.30am, the police have arrived at the KL Court and used the loudhailer to ask the supporters there to socially distance themselves.

At 11am, Najib was found guilty on one count of abuse of power regarding the RM42 million fund from SRC International.

However, there are still six charges awaiting where three is about a breach of trust and the other three is about the misappropriation of RM42 million funds from SRC International Sdn Bhd.