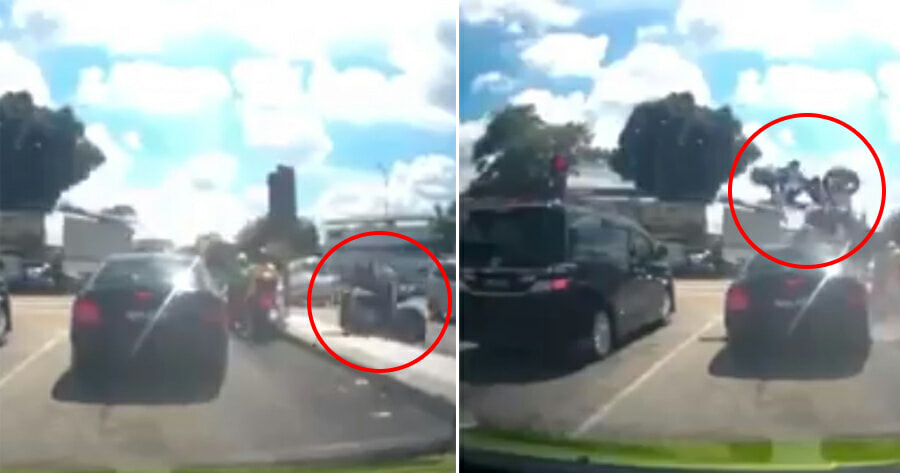 A motorcyclist was seen flying over two vehicles after allegedly failing to brake in time before hitting a road divider.

The incident was said to have occurred at the intersection of the Shell station in Taman Bidara near Selayang Mall.

In a video posted on Facebook, dashcam footage shows several cars waiting at a traffic light on 27 December. At this point of time, a motorcyclist comes from the right side after narrowly escaping the vehicles approaching on the opposite lane.

The motorcyclist then knocks the divider at high speed and is immediately lifted into the air. The rider’s bike then hits the first car, which sends the rider flying over two cars and tumbling onto the road.

The motorcyclist, who suffered a broken shoulder bone according to Info Roadblock JPJ/POLIS, can be seen lying motionless on the road as several passers-by rush to his aid.

It is also unclear what had caused the motorcyclist to ride in such a way, but many netizens in the comment section suggest that it is due to brake failure. 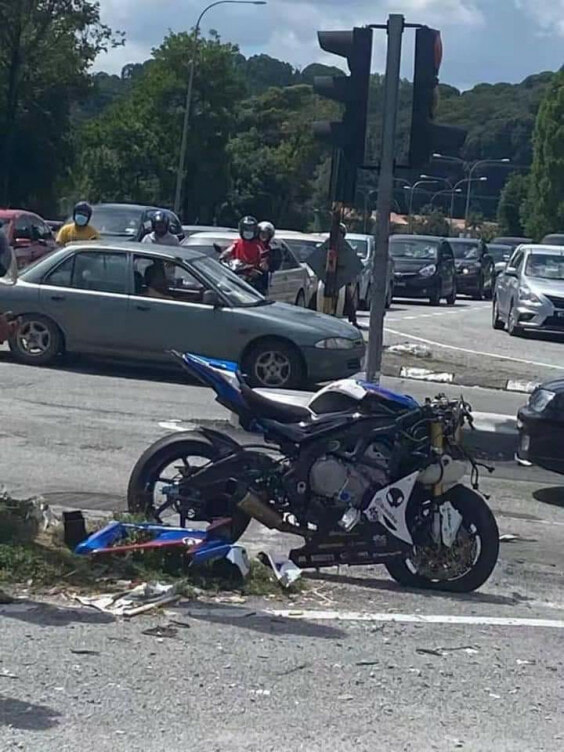 Hopefully, the rider is okay after such a fall. Please stay safe on the road!