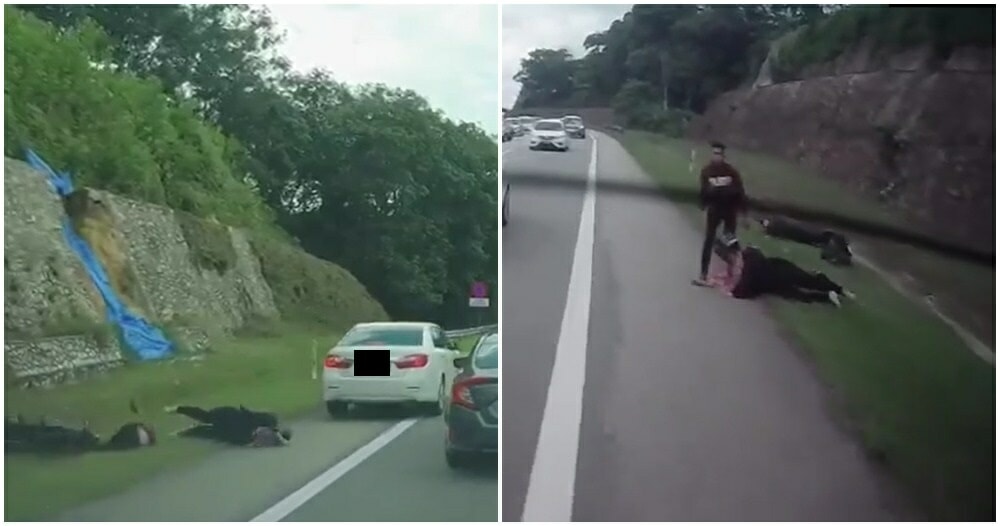 It’s the Merdeka holiday so lots of people are on the road. Naturally, there are jams everywhere.

In a video that has gone viral, a driver was captured on camera using the emergency lane and have caused an accident.

According to the post by Info Roadblock JPJ/POLIS, the accident happened at about 3pm in the afternoon earlier today at the Karak-KL Highway heading towards the Gombak toll.

Front and back dashcams were shared by a man named Rassid to show how the accident happened.

The front dashcam footage starts off normally and at the 10-second mark, you can see a white Toyota using the emergency lane. As the car zooms past, the motorcycle which was using the lane as well was flung to the side. Both of the riders rolled multiple times onto the grass. Thankfully, the riders were wearing helmets.

The car which caused the accident did not stop and just sped forward.

The dashcam footage from the back showed that the white Toyota was actually following Rassid’s car quite closely and as Rassid pressed the brakes to slow down, the Toyota put on their left signal and turned into the emergency lane as the motorcycle approached at high speed.

Rassid then stopped his car to assist the victims.