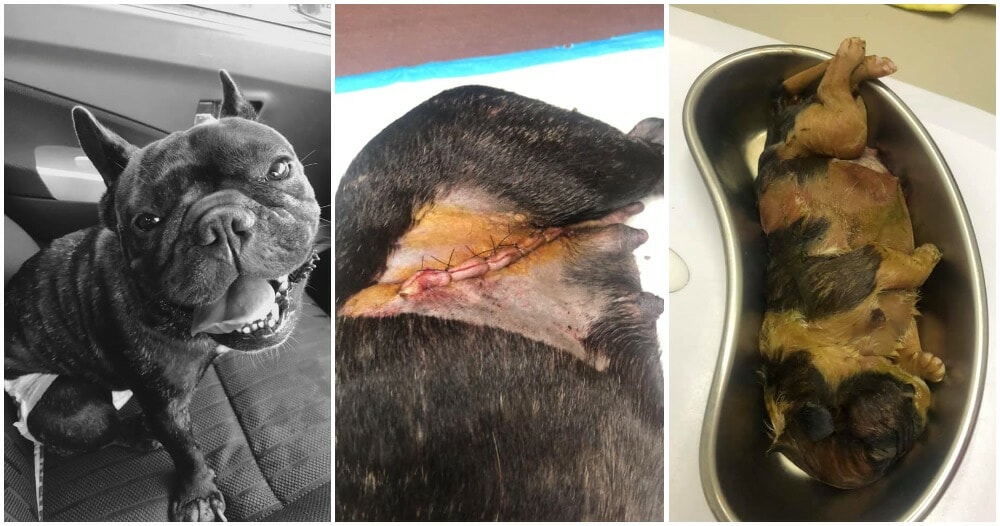 To most pet owners, their pets are their babies and when something unfortunate happens to them, they get really devastated.

Recently, a Malaysian woman, Elise shared a horrible experience concerning her pregnant dog who has sadly passed away. In an Instagram post, Elise details the incident. 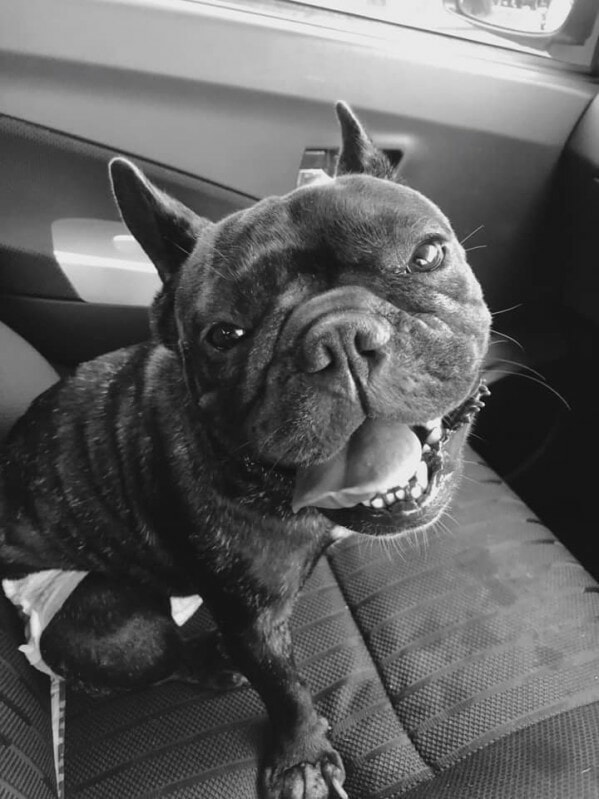 “My dog’s water broke on 21/7/2020 around 4pm but I wasn’t sure if that was actually her water breaking, I brought her to a vet in Sitiawan. We thought it would be okay because this Klinik has been open for a long time and we thought that the doctor/s would be really experienced.”

The veterinarian injected oxytocin into the French pitbull and said that it will help the canine to deliver the pups. They waited till 8pm but nothing happened, so they called the doctor again and he opened up his clinic to perform a c-section on the dog. Before they brought the dogs home, the vet said that they wouldn’t have to do anything special and the dog will eat on its own the next day.

However, the dog did not eat after two days and she called the vet once again. He said that it was normal and that her recovery was going well. Elise did her own research and found out that it was not normal because how can a mother produce milk for her babies when they are not eating anything? 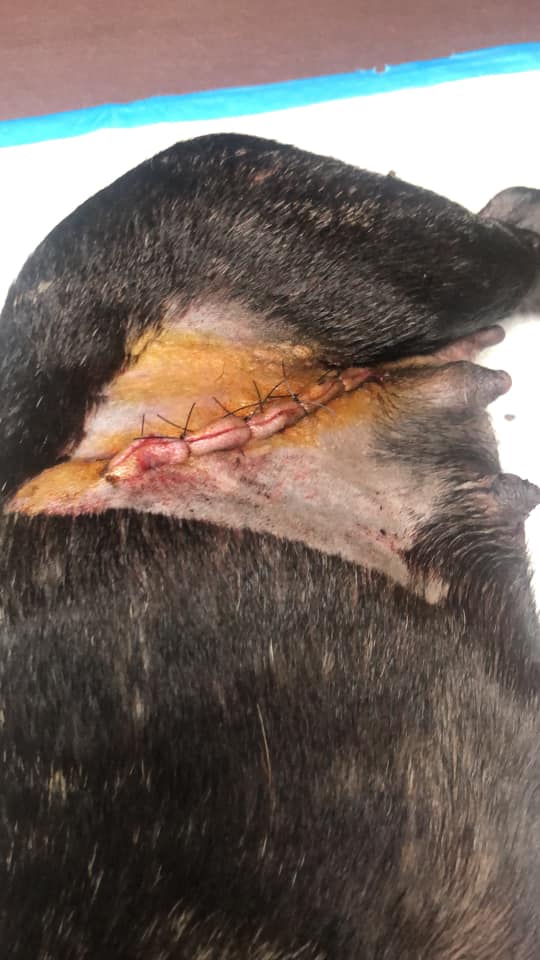 On the fifth day (25th July), Elise noticed that her dog has a bit of a temperature and quite a lot of vaginal discharge in addition to not eating for five days. They brought the dog to the vet again and he gave the dog an injection and some medicine. On the same day, she kept throwing up after drinking only water.

The next day, Elise brought the dog to a new vet and as soon as they reached the place, the C-section wound burst open and pus came out. When the vet saw that, she immediately rushed the dog into surgery and found a rotting, dead pup inside. Unfortunately, Elise’s dog passed away during the operation. 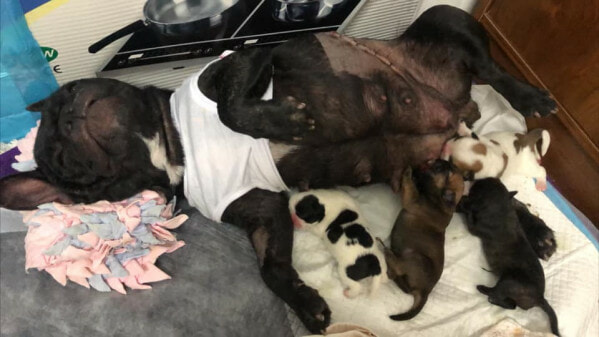 “I was in disbelief as this could’ve been avoided if he just paid attention? How it happened,  I don’t understand. I was in tears, I lost a family member. My dog passed away because of his careless mistake. If only, if only that pup was delivered, she wouldn’t have to suffer and pass away like this.”

We contacted the veterinarian and asked for his side of the story. He gave us a breakdown and it is as below: 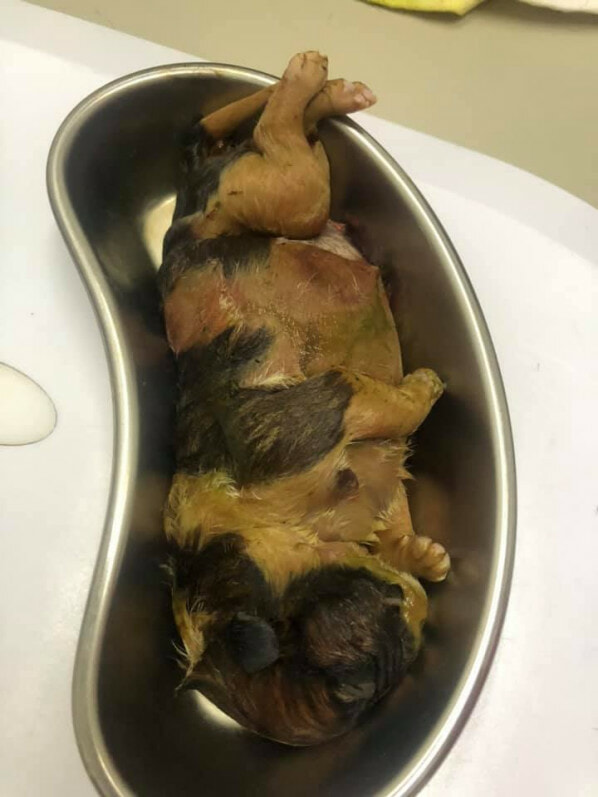 He then told us that he only found out about the dog’s death when we mentioned it to him.

It is certainly unfortunate that the dog passed away just like that. We hope that she will rest in peace in doggie heaven. What do you think about this? Let us know in the comments. 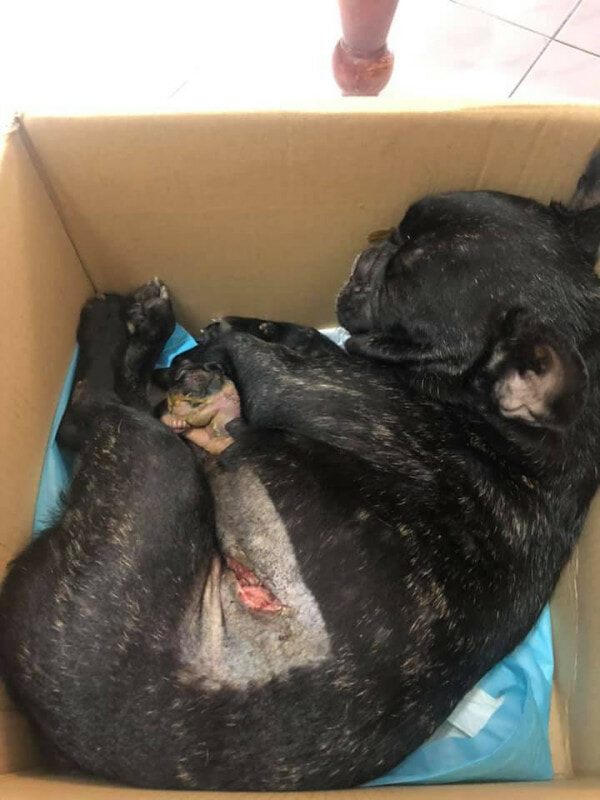