As drivers on the road, one of the most imperative rules to follow and abide by is being responsible while behind the wheel. Whether if it’s a fender bender or worse, drivers should always make a conscious effort to own up the consequences of road incidents, should it befall upon them. This is especially true of accidents involving victims, humans or animals alike.

This was the one thing that netizen Noel Chern wanted to emphasise on when sharing his recent experience in trying to save a pet dog that had unfortunately passed away from its injuries after a hit-and-run incident. 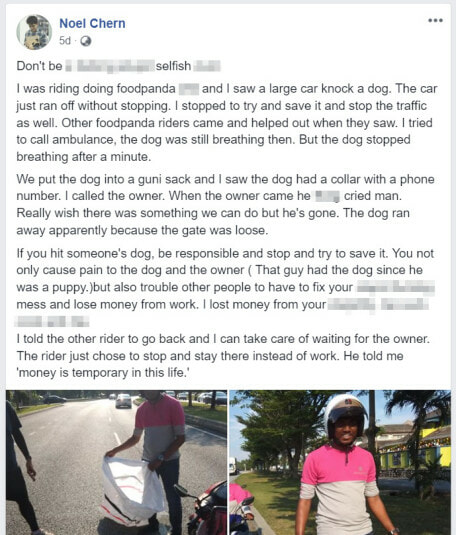 Noel recounting his experience in witnessing a hit and run accident take place.

While working along a route making his deliveries, Noel witnessed the horrific scene of a dog that had wandered out onto a busy street in USJ 12, Subang Jaya, before running into the path of an oncoming car that struck against it. The force of the impact was considerable enough to leave the dog with what can be presumed as life-threatening injuries. 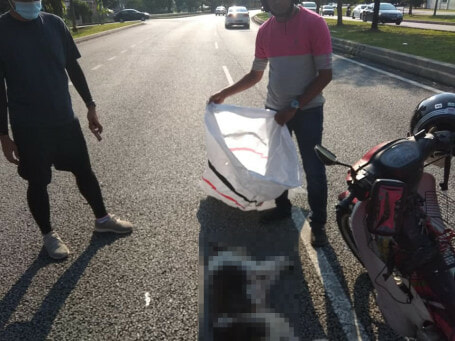 Foodpanda riders covering the body of the deceased dog with a sack.

Despite the severity of the accident that had left the poor animal on the brink of death, the driver of the car chose to ignore all responsibility that they had and simply sped off from the scene, leaving the creature to lay on the road. Stopping aside, Noel immediately stopped aside and tried to direct the flow of traffic around the wounded animal.

“Other foodpanda riders came and helped out when they saw. I tried to call ambulance, the dog was still breathing then.” he recounts. 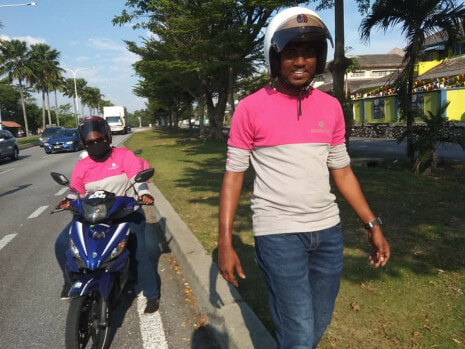 But even with his best efforts, the dog eventually succumbed to its injuries and passed away not long after. What made it all the more worse was the fact that upon closer inspection, Noel realised that the deceased dog was wearing a collar and had an identification tag. Doing what they could for the deceased animal, he worked alongside with another FoodPanda rider to put the carcass of the dog into a woven sack while Noel contacted its owner. 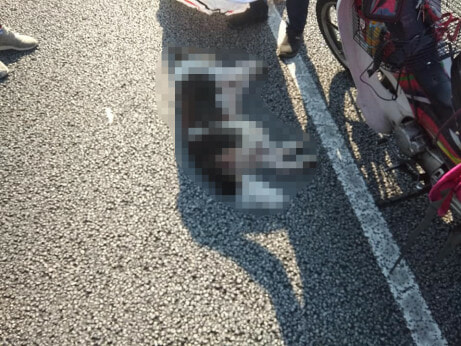 Sharing with WORLD OF BUZZ, Noel told us that through conversations with the owner of the dog, it was discovered that it had apparently managed to escape from home after the owner had accidentally left the gate of his home open. The dog had been with the family since it was a puppy, and its sudden passing left the owner understandably devastated.

“If you hit someone’s dog, be responsible and stop and try to save it. You not only cause pain to the dog and the owner (That guy had the dog since he was a puppy.) but also trouble other people to have to fix your stupid f*cking mess and lose money from work.” Noel adds. 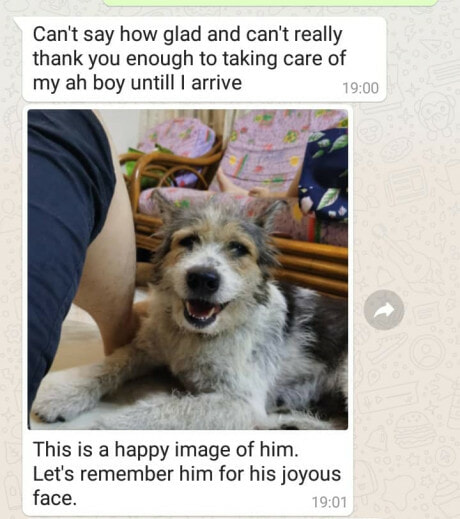 The owner of the deceased dog showing what it looked like when it was alive in happier times.

The incident has since gone viral over local social media, with many netizens sending in their condolences to the owner of the deceased pet dog, while commending Noel and his coworker for their empathy that they have shown the dog.

Once again, we cannot stress how important it is for drivers to be responsible and take accountability for the actions they have committed. If you witness such incidents taking place, please make an effort to stop aside and check on the victims. You never know how your split-second decision can help save a life.