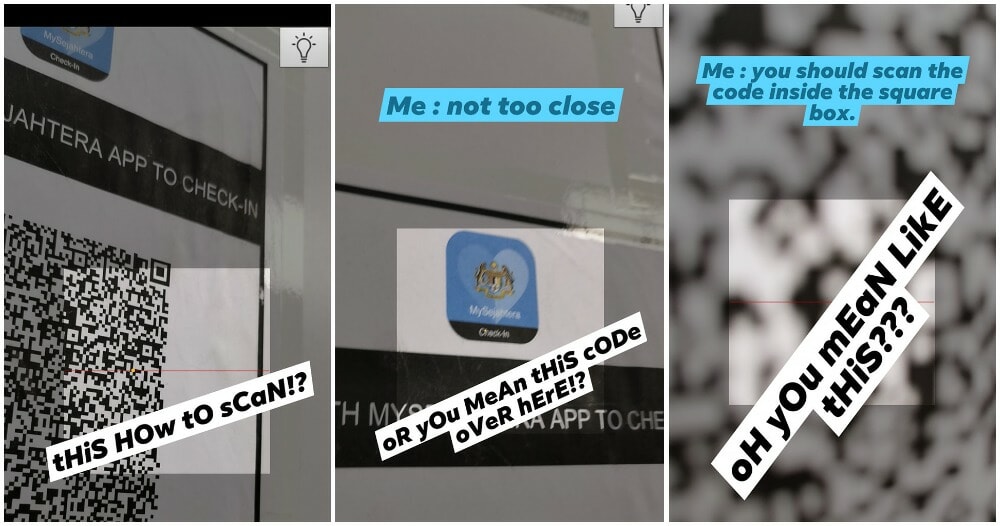 Hands up if your parents also struggle with using MySejahtera!

Undoubtedly when the mandatory SOP of scanning using MySejahtera was announced, most Malaysians worried over the state of their elderly, technologically-challenged parents having to handle this app. Thankfully, the government also added a condition for those without a phone. They are welcome to record their name, temperature, and phone number into a book.

Nevertheless, the elderly still try their best to maneuver around MySejahtera even if it is a more convenient option. Business owner, Jack (name altered for privacy reasons) posted on his Facebook the struggles an aunty faced when she visited his store.

The aunty repeatedly questioned Jack how she was supposed to fit the “big” code into the “tiny” square in her phone.

When Jack told her she should scan the code inside the square box of her phone, the aunty proceeded to over-zoom till the whole code came up blurry.

Once Jack said not too close, the aunty automatically assumed that the goal was to scan the MySejahtera logo itself.

Finally, when the aunty kept saying the code wasn’t working, Jack just told her to give the phone to him and proceeded to scan the code himself.

Speaking to WORLD OF BUZZ, Jack, who runs a smart home device and gadget business, said ever since the SOPs were implemented, he’s used to customers like this. “Maybe three out of ten customers face difficulties but this aunty was really a unique case,” he said.

Have anyone of the elderly in your family faced a similar situation? Let us know in the comments section!

Also read: “Syarifah to Starfish” Woman’s Name Gets Autocorrected & Saved on MySejahtera Without Her Even Knowing! 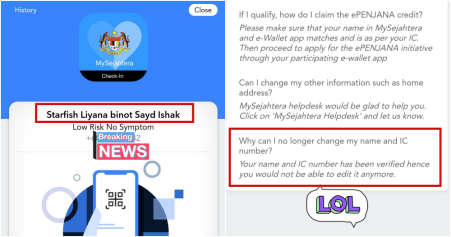