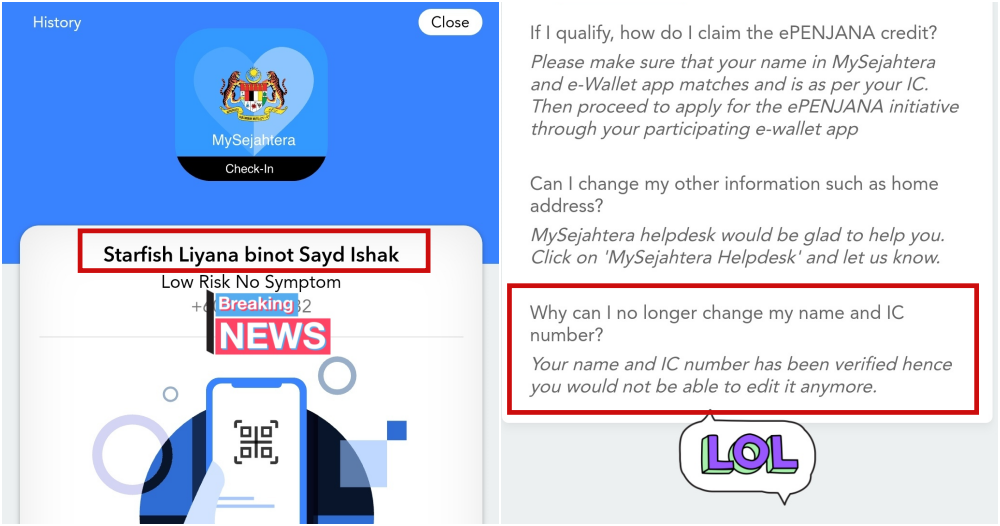 These days, it is crucial for us to check-in to the places we go to as it is part of the new norm during this Covid-19 pandemic. Many of us rely on the MySejahtera application as it is available at many places and it only requires us to fill in our details and information just once.

It is also extremely important for us to ensure that the details and information we put in during the signup process are legitimate.

However, a Malaysian netizen named Syarifah Liyana (@LiyanaTorres), 25, took to her Twitter to share how she carelessly signed up with the MySejahtera application without paying much attention and only realised a year later that she accidentally saved her name as “Starfish” instead of “Syahirah”.

The reason why i cant us Mysejahtera. You see, my last phone problem sikit so when i type dia jadi cam autocorrect and tak perasan when i save it jadi Starfish instead of Syarifah. Binti jadi binot🙃

In her Tweet, Syarifah shared the incident with her followers and did not expect her tweet to blow up! Her tweet garnered over 7,200 retweets and 9,300 likes.

Speaking to WORLD OF BUZZ, Syarifah explained the whole incident and said it was an honest mistake she made that took a lot of effort to be fixed.

“It started with my previous phone that was malfunctioned. I tried to reset it but I was in a hurry to register as I was already outside and wanted to create the account quickly,” Syarifah told WORLD OF BUZZ.

“I didn’t realise the autocorrect was turned on while I was typing and I couldn’t see the screen properly,” she explained. 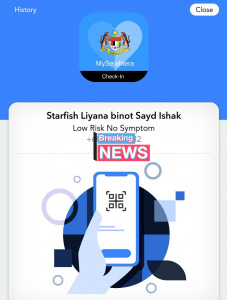 When Syarifah realized later on that her name was saved as ‘Starfish’, she attempted to correct it. However, she couldn’t.

“Once a Starfish, always a starfish,” she said jokingly. 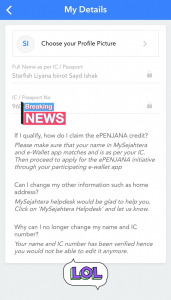 “I was actually panicking especially knowing that to get vaccinated, we have to use our MySejahtera app. I tried to change the name on the app but it wouldn’t allow me to because it was already verified,” she explained.

“So I have been staying as Starfish Liyana throughout the whole pandemic,” she humorously said.

Syarifah said she has been using her phone’s QR codes scanner and manually inserting her details all the while but there were times where she would just use the MySejahtera application when she is in a hurry.

In the end, Syarifah managed to resolve the matter by signing up again using her email instead of her phone number. 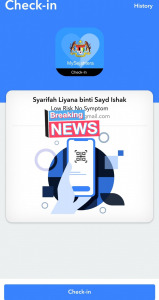 “I was worried to create a new account at first because I thought it was one account per IC number. But, turns out I can make another account using the same IC and phone number,” she said.

Now she is back to Syarifah Liyana and not Starfish Liyana!

Have you faced the same problem as Syarifah before? Let us know in the comment section below! 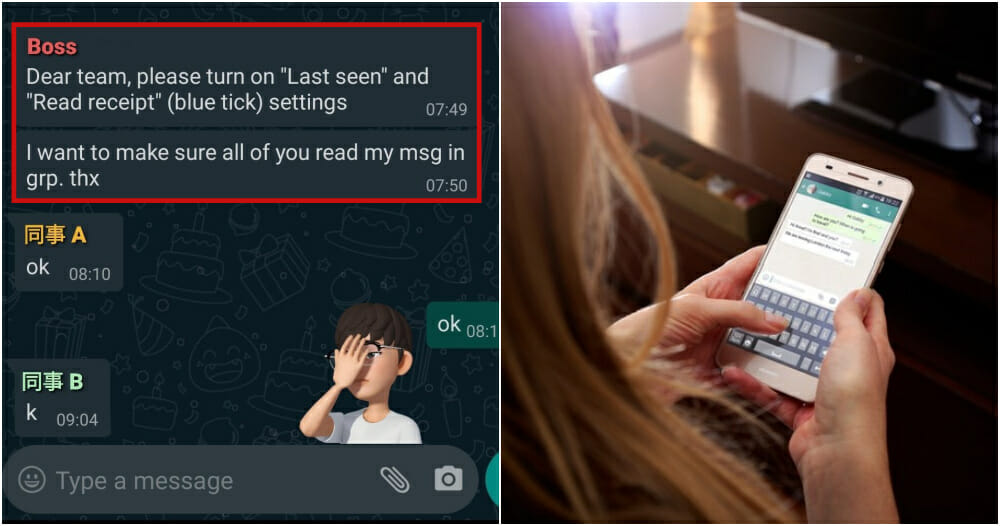