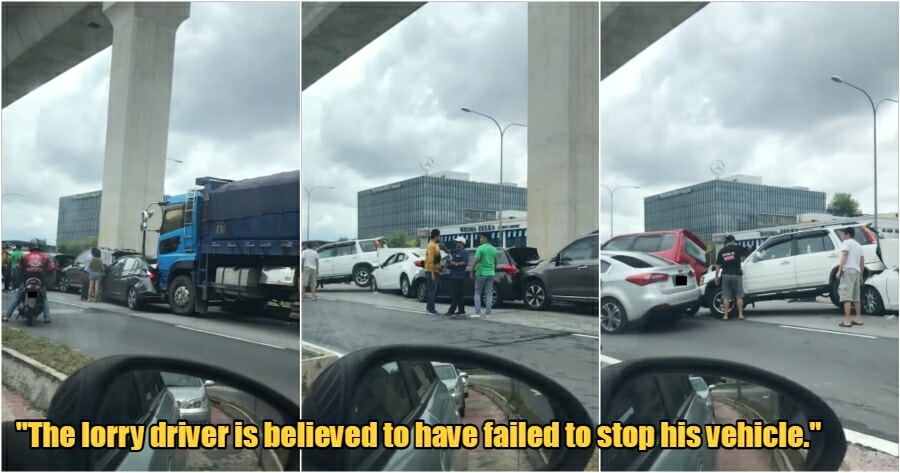 Following the pile up yesterday (August 3) on the Bukit Jalil Highway, the authorities have since figured out the cause of the accident.

It turns out that a brake problem had apparently caused the driver of the lorry (at the very back of the pile up) to lost control of his large vehicle and crash into 8 other vehicles on the Puchong-Bukit Jalil Highway in front of Hap Seng Star. 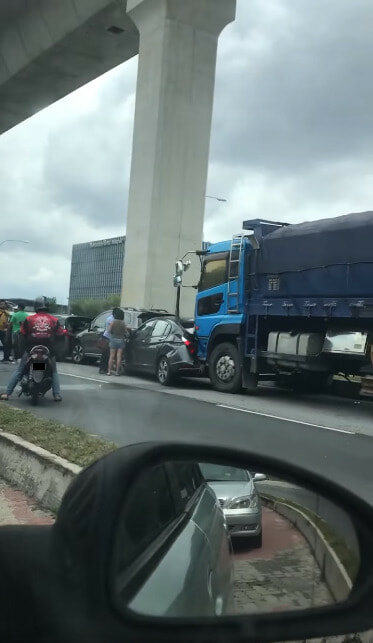 Based on a report by Buletin TV3, Serdang District Deputy Chief of Police, Superintendant Izuddin Ab Wahab shared that the district Traffic Investigation and Enforcement Division received a report of an accident involving a lorry carrying a load of gravel and 8 vehicles at around 2pm.

“The accident is believed to have occurred when the lorry was coming from Bukit Jalil towards Puchong,”

“When he arrived at the scene of the incident, the lorry driver is believed to have failed to stop his vehicle and crashed into 8 vehicles in front of him,” he said. 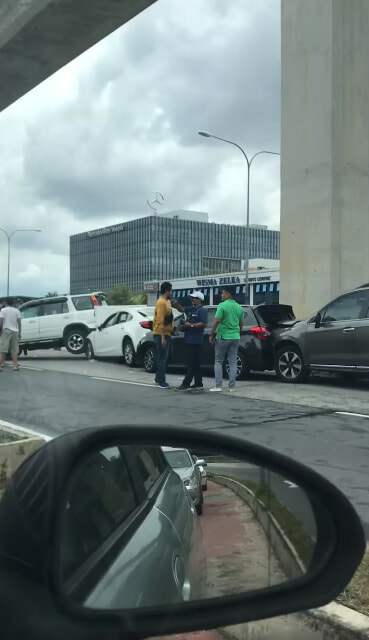 During the incident, it was found that the traffic at the accident site was moving slowly due to congestion.

The collision is believed to have occurred due to a problem with the lorry’s brake system, which was not working properly.

The police detained the 34-year-old lorry driver to assist in the investigation in accordance with Section 42 (1) of the Road Transport Act (APJ) 1987. Additionally, a review found that the driver had 13 previous summons that have been dealt with and based on alcohol screenings, the driver was found to be negative.

There are, so far, no injuries or casualties reported. 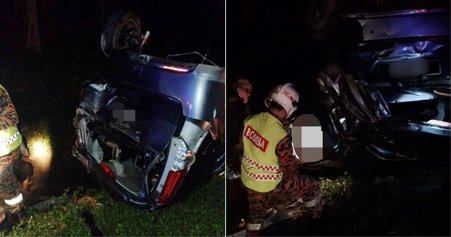