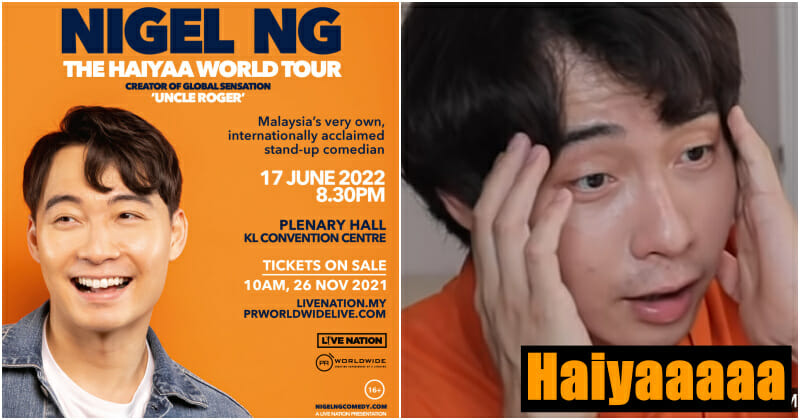 Nigel Ng or famously known as Uncle Roger is doing a world tour next year AND Malaysia is going to be one of the tour countries! Welcome home Uncle Roger!

The London based Malaysian stand up comedian will be performing in Plenary Hall, Kuala Lumpur Convention Centre on the 17 of June 2022. So save the date!

In 2020, Nigel went viral for his portrayal of Uncle Roger, a middle-aged Asian man reviewing an egg fried rice video.

As a stand-up comedian, Nigel has been nominated for the Best Newcomer Award for his sold-out show at the Edinburgh Fringe Festival in 2019. He has also sold out multiple runs throughout the UK and Europe. 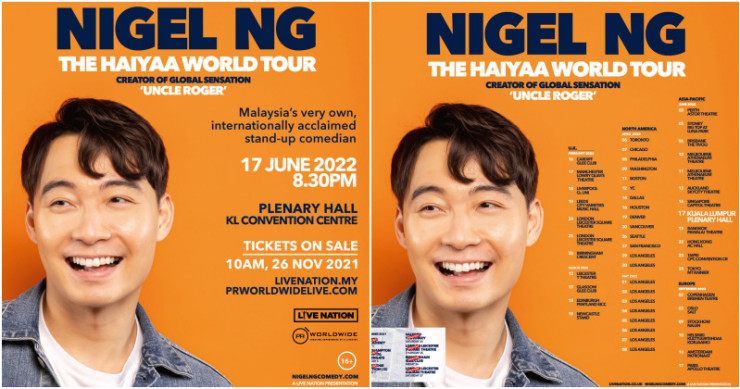 Please take note that tickets will only be available for Uncle Roger’s fully vaccinated fans in accordance with current local health protocols and live events standard operating procedures announced by the government.