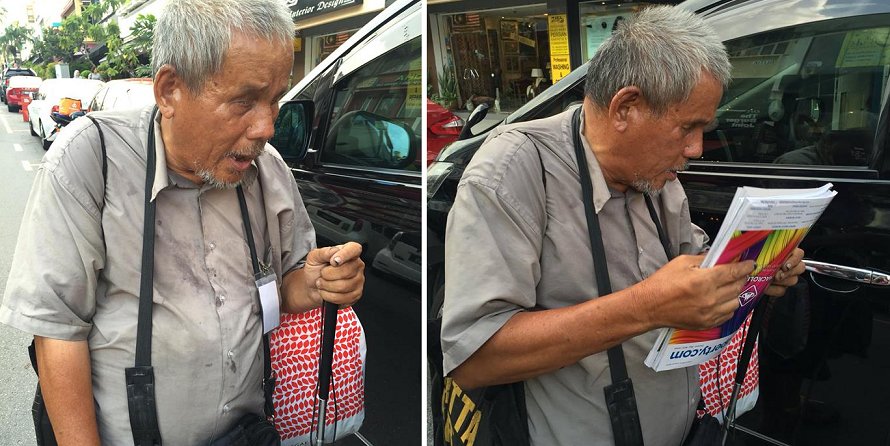 Living in a modern society, we’re blessed with the newest technology and gadgets. We are able to sit comfortably at home and still be able to access practically everything with just a few taps on our smartphones. Still, these things are easily taken for granted and we often forget that there are people having it worse than us.

A reader shared with us her recent encounter with a blind man, and how he opened up her eyes to be grateful and to never give up on life. Just like how he inspired her, she wishes that her story could do the same for everyone else.

“Met this fighter just now.. He was walking alone slowly without a leader, touching the cars parked by the roadside to ensure he didn’t stray into the traffic.

Uncle Loke is a blind man but he was not going around asking for alms nor was he calling out to people to help him. Being the fighter that he is, he was selling the magazines in his sling bag instead.

He was so happy when we bought all his magazines and told us that he can now rest for the day. 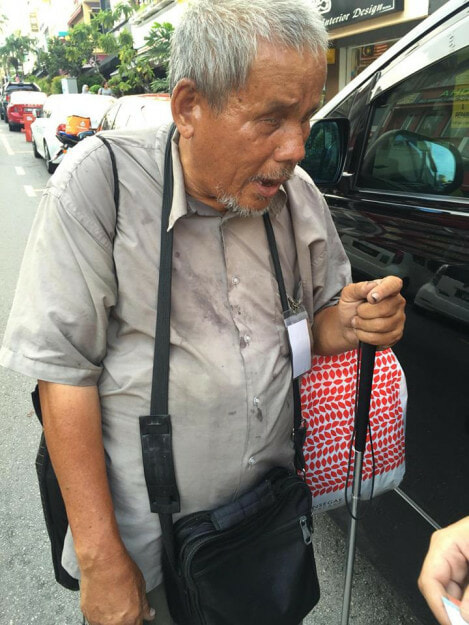 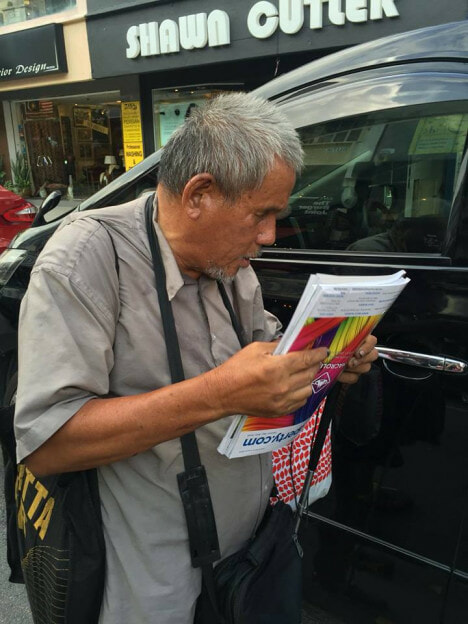 We decided to bring him to a place nearby to have a drink and a bite. All the while, he refused us to belanja him insisting what we did was enough.

We resisted though and bought him some food before leaving him to wait for his other OKU friend. What happened next really hit us. The first thing he did when we left and closed the glass door was to reach out for the food on the table. He must’ve been hungry but didn’t want to show it to us. He is after all a fighter!

Thank you Uncle Loke for reminding us to – Be a fighter. No matter how hard life is, we need to stay positive and keep on moving. – Be thankful with what we have.

Think you don’t have much? You don’t have a clue how many people would die for the life you have. Keep a lookout for him if you’re around Bangsar especially during weekends.

Got a story or article you think we should cover? Drop us a message on Facebook or email us at [email protected] and it may be featured next!