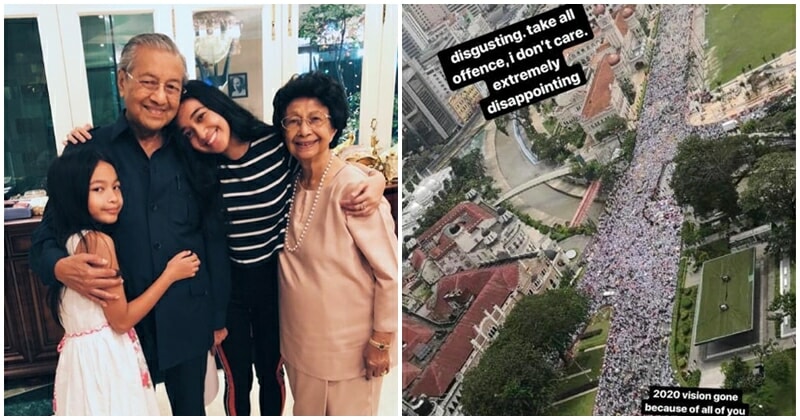 Datuk Seri Mukhriz Mahathir’s daughter Melia Serena took to Instagram expressing her disappointment at the participants of the anti-ICERD (International Convention on the Elimination of All Forms of Racial Discrimination) rally. 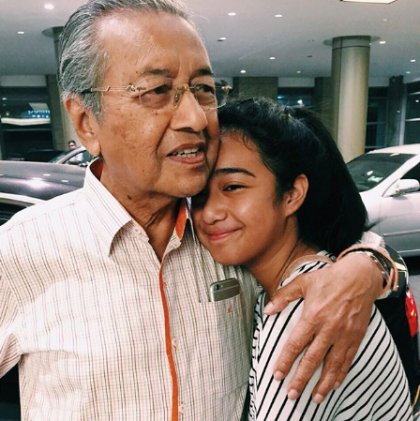 The 17-year-old posted a picture on her Instagram story with the caption, 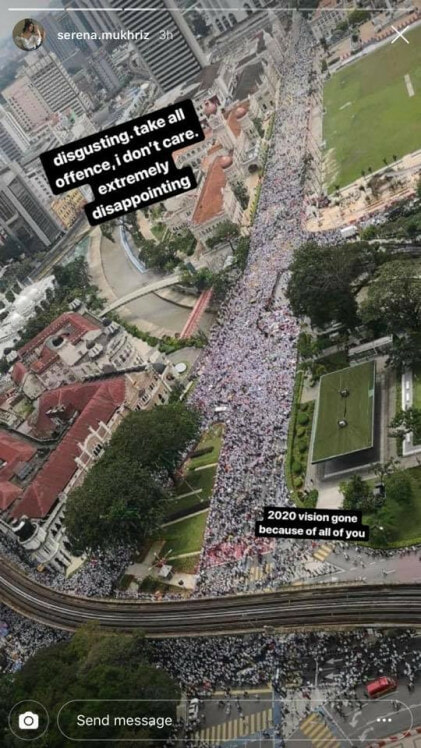 She also stated that the 2020 vision was gone because of the participants of the anti-ICERD rally.

According to The Star, Melia Serena also posted another Insta story believed to be aimed at those who had sent her direct messages in response to her earlier anti-ICERD post.

Melia Serena wrote of how several members of her own race can be hateful, discriminating and such bullies. 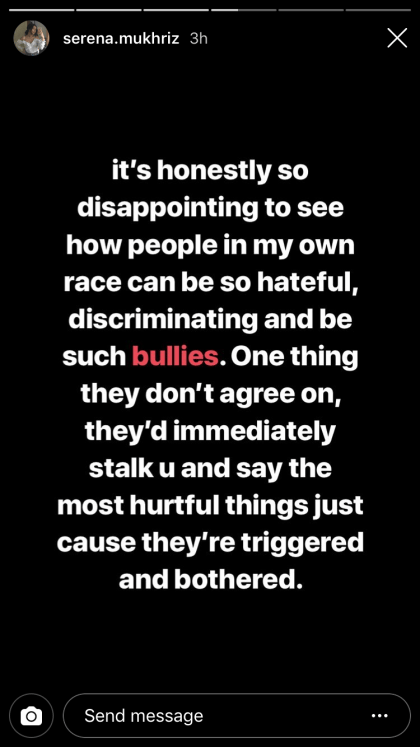 “One thing they don’t agree on, they’d immediately stalk you and say the most hurtful things just because they are triggered and bothered.

She added that she is unfazed by those who disagree with her. 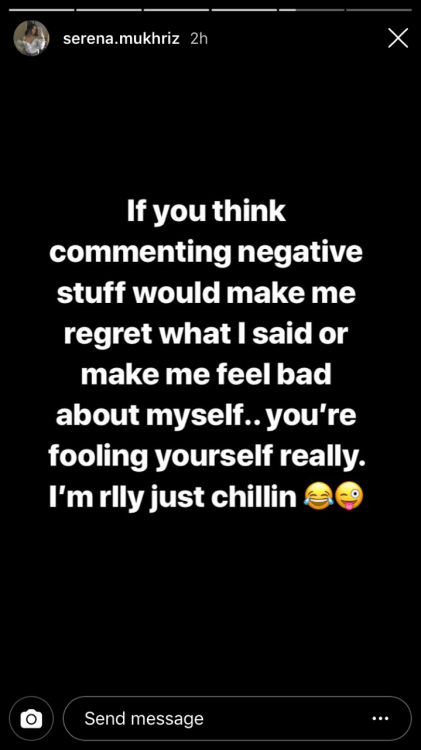 “If you think commenting negative stuff would make me regret what I said or make me feel bad about myself, you’re fooling yourself really. I’m really just chillin.”

In response to her Instagram story, several have taken the fight to Twitter posting screenshots of her statement.

Dear Mukhriz, please teach your daughter what it means to be hateful, discriminating and being a bully. I’ll leave u with a quote from Human Rights Watch "Mahathir's human rights legacy is not one to be proud of”

One respondent wrote, “Dear Mukhriz, please teach your daughter what it means to be hateful, discriminating and being a bully. I’ll leave you with a quote from Human Right’s Watch: ‘Mahathir’s human rights legacy is not one to be proud of’.”

That's a 17 y/o slapping some sense into you. I stand with Serena Mukhriz! pic.twitter.com/Y3QXAno6jK

Of course, others were supportive of the girl speaking up, with one writing, “That’s a 17yo slapping some sense into you. I stand with Serena Mukhriz!”

Despite Melia Serena’s words no longer being featured on her Insta story, her statement continues to make its rounds on Twitter. 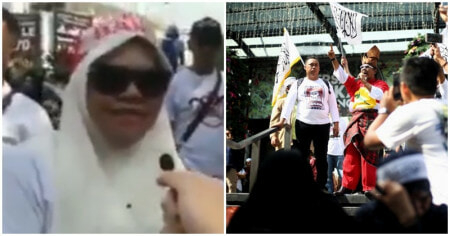